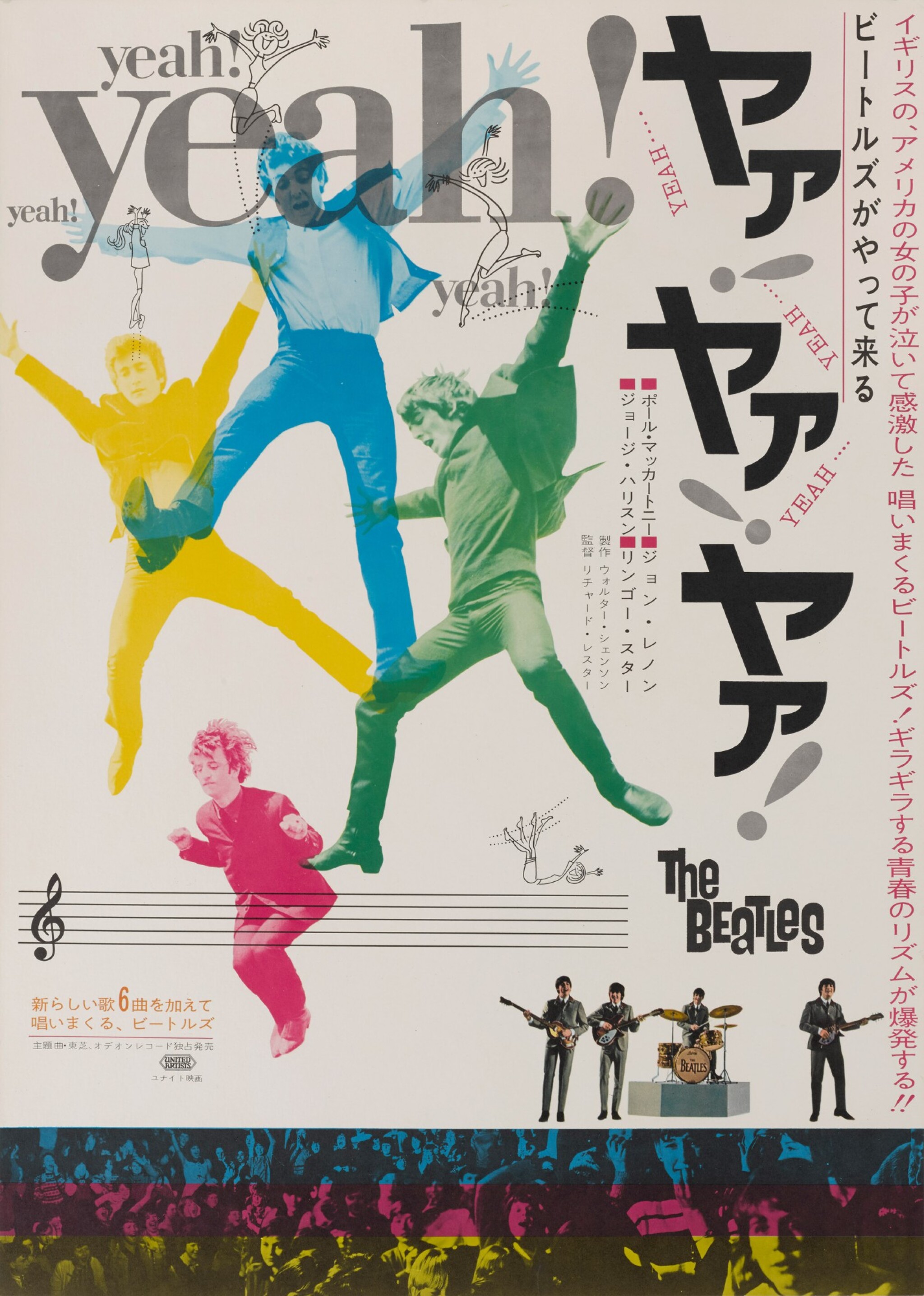 This British musical comedy, directed by Richard Lester, was released in 1964 at the peak of Beatlemania. The film, which stars the band, comically shows two 'regular' days in their lives. The film was released in Japan on the 1 August, 1964.

﻿ Near mint condition, with the colours remaining very bright.