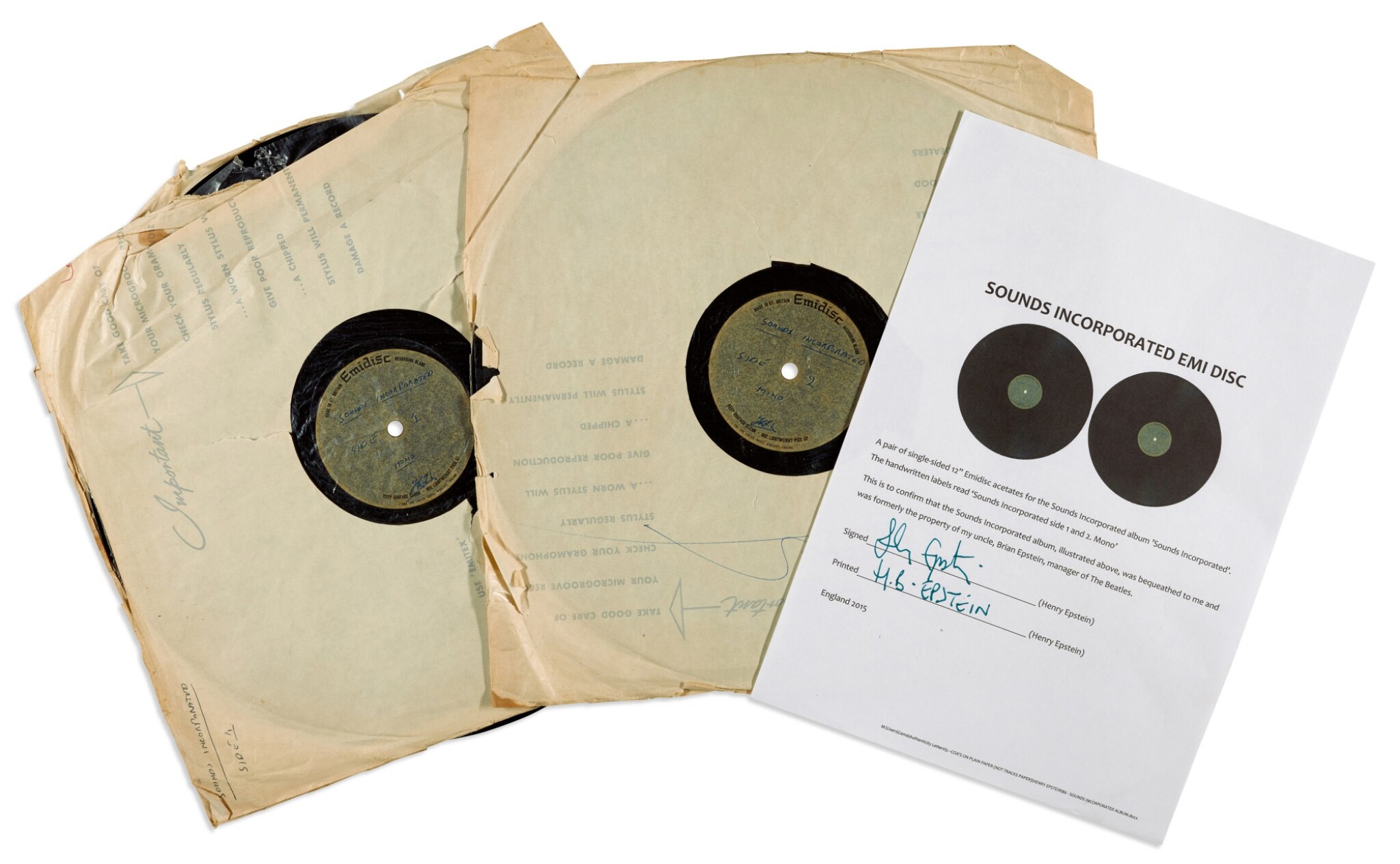 ACETATES OF THE FIRST ALBUM BY A BAND WHICH TOURED WITH THE BEATLES.

Sounds Incorporated was a band formed in 1961 with a saxophone-led instrumental sound. They met The Beatles in Hamburg, signed to Brian Epstein's management and became Cilla Black's backing band. Their first album, Sounds Incorporated, was released in June 1964.