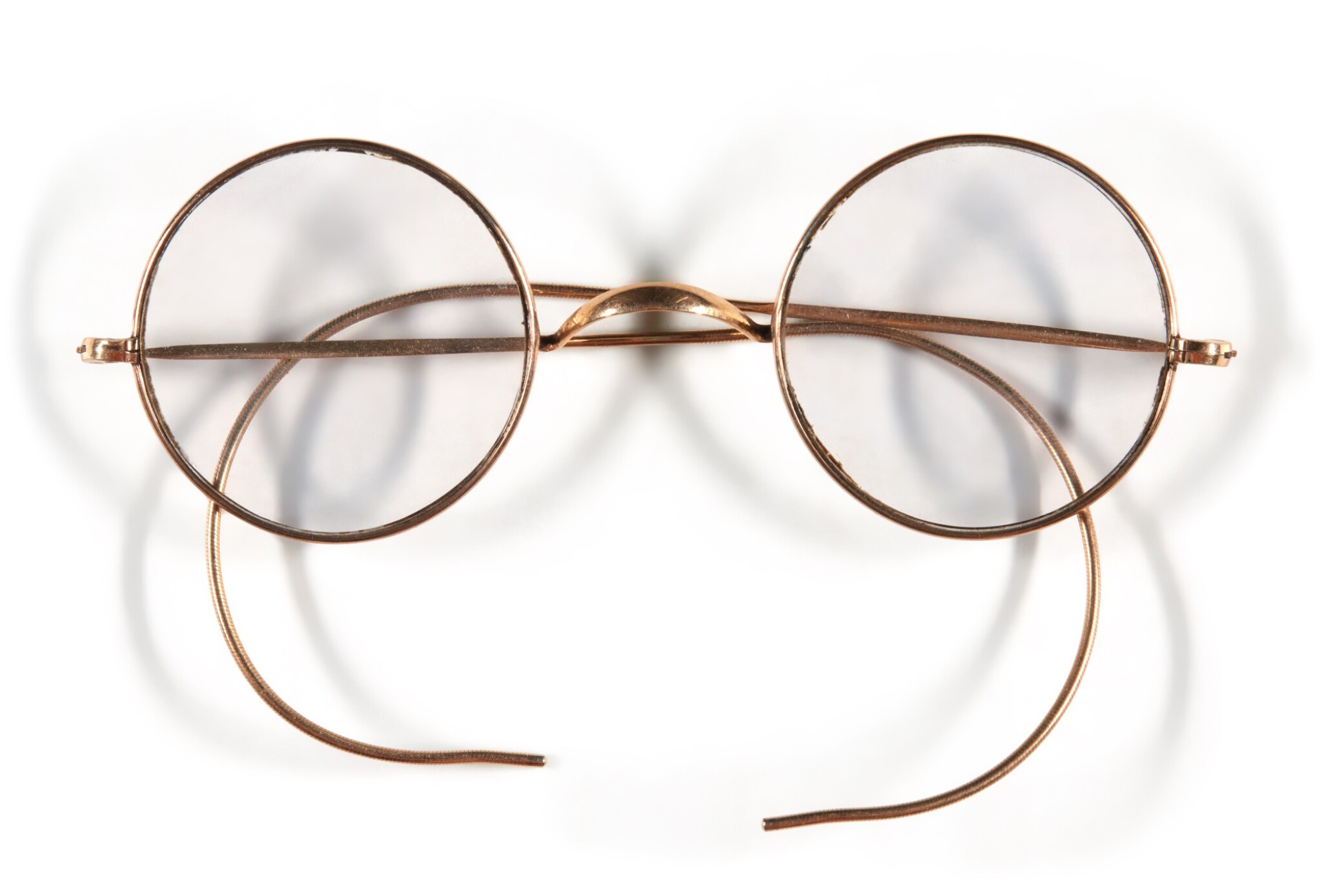 AN EARLY PAIR OF JOHN LENNON'S FAMOUS ROUND GLASSES. Dorothy ("Dot") Jarlett was the housekeeper for John and Cynthia Lennon at their home in Kenwood from their arrival in 1964 until their separation in 1968. A married woman then in her early 40s, Dot Jarlett was very close to the family, especially Cynthia, as she took care of the infant Julian as well as managing the house. John gave these glasses to Dot for her brother. He was going to a "Just William" themed fancy-dress party in 1965. The theme of the party will have fired Lennon's enthusiasm as he had loved the Just William stories since childhood.

Lennon wore contact lenses during the early Beatles years and only adopted round Windsor eyeglasses in in public in 1966, wearing them first whilst playing Private Gripweed in Richard Lester's film How I Won The War. This pair of Windsor glasses predate the film so may well be the first pair of the famous round glasses that he ever owned.