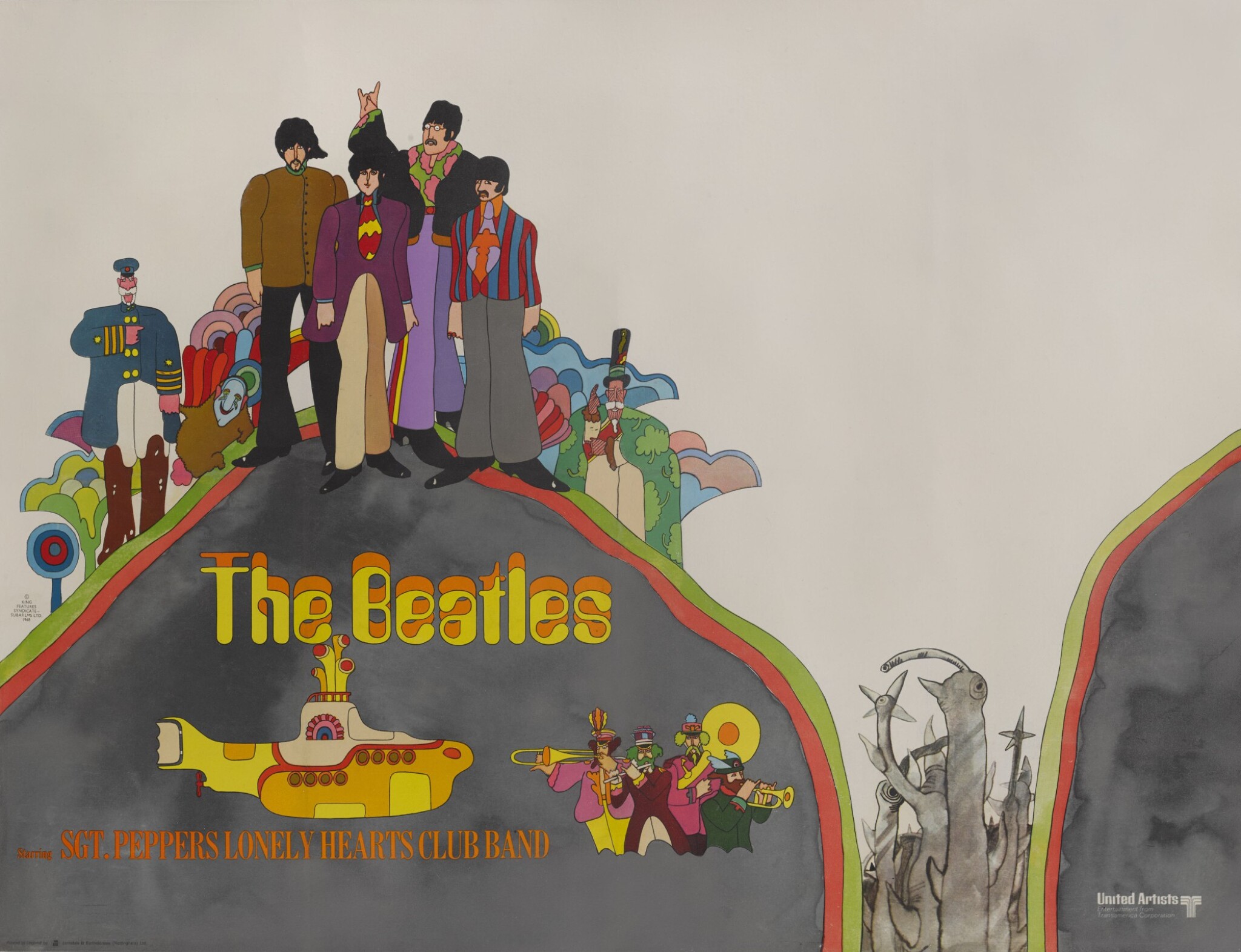 RARE. The Beatles made a total of four films, this being arguably their most famous. Heinz Edelmann was a German illustrator and designer, and is most celebrated for his role as art director for this animated film. Edelmann designed three British posters for the release of this film. This first and second advance posters, would have been used several months before the release of the film, and featured minimal artwork. The artwork for this second advance poster had some added elements to it, and then the final poster had the full artwork with credits. Original British posters for this film are highly sought-after.