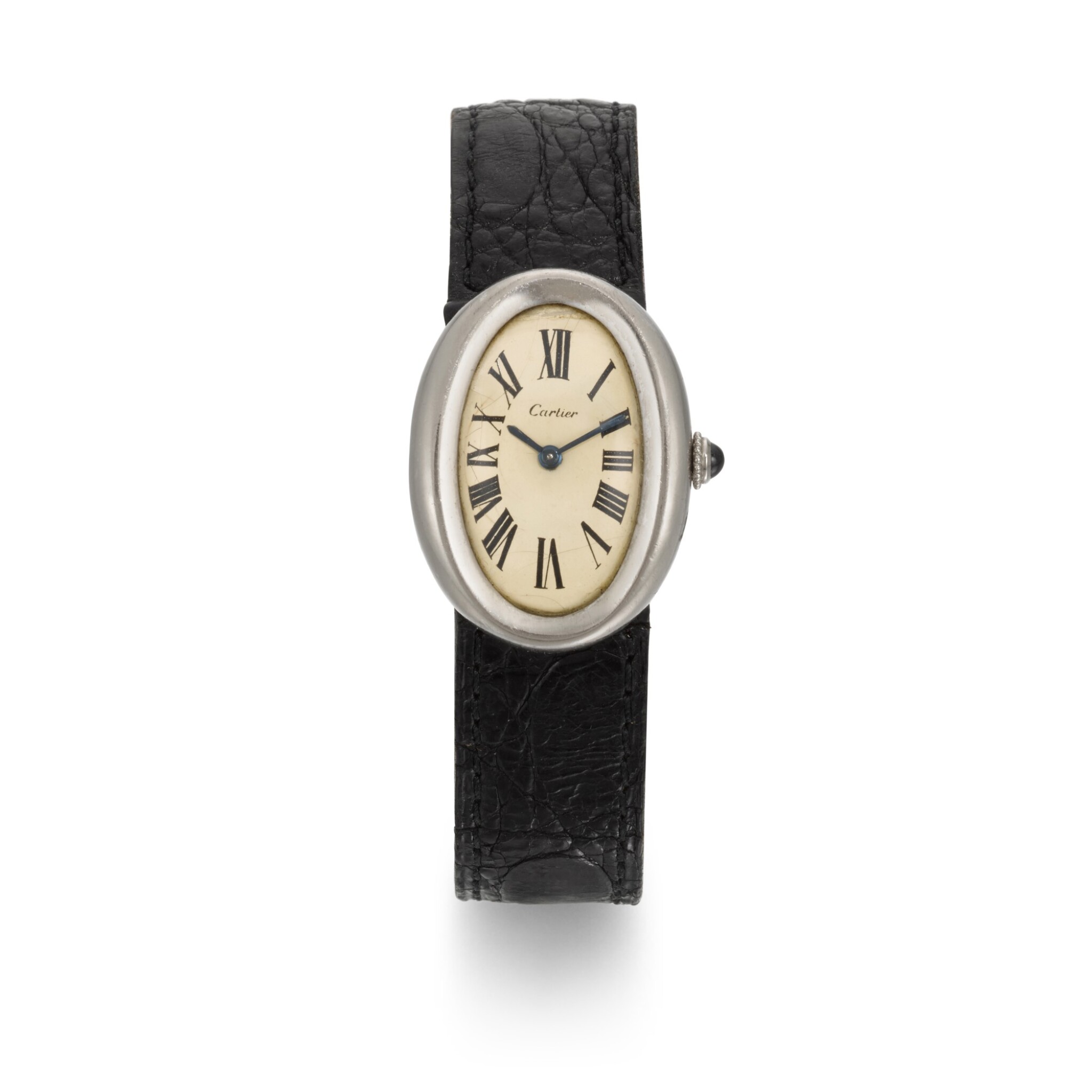 THE WATCH THAT KEPT THE BEATLES ON TIME. In their early years the Beatles became notorious amongst promoters and managers for their slack timekeeping; they were late for their first meeting with Brian Epstein, having stopped at a pub on their way from the Cavern Club (a distance of just a few hundred metres). Punctuality was a key ingredient to the new professionalism that Epstein immediately set about instilling into the group. Under Epstein's management the band were soon hectically busy and depended on their manager's meticulous time-keeping and weekly typed schedules to keep them on track.

Brian Epstein purchased this watch and its customised strap in 1966. Although the Baignoire was sold as a lady's watch he evidently appreciated its elegant design. According to the Epstein family, he bought an identical watch for George Harrison and a similar design for his mother, Queenie. Epstein can be seen wearing this distinctive watch in many photographs from the time of the Beatles 1966 world tour onwards. The tour was beset by controversy. Firstly, the choice of venue in Tokyo offended conservatives in Japan, then their inadvertent snub of Imelda Marcos led to their being hounded out of the Philippines. Finally, the recycling of an old interview in which John made his "bigger than Jesus" comment stoked a remarkable campaign of vitriol amongst American Evangelicals. It was at this point that the Beatles decided that they had had enough of touring.

THIS INTIMATE ACCESSORY WAS WORN REGULARLY BY BRIAN EPSTEIN WHEN HE ACCOMPANIED THE BEATLES AT THE ZENITH OF THEIR GLOBAL POPULARITY.

Brian Epstein; thence by descent within the Epstein family

Movement: running at the time of cataloguing

Dial: multiple cracks across the surface

Case: scuffs throughout, indentation to the back