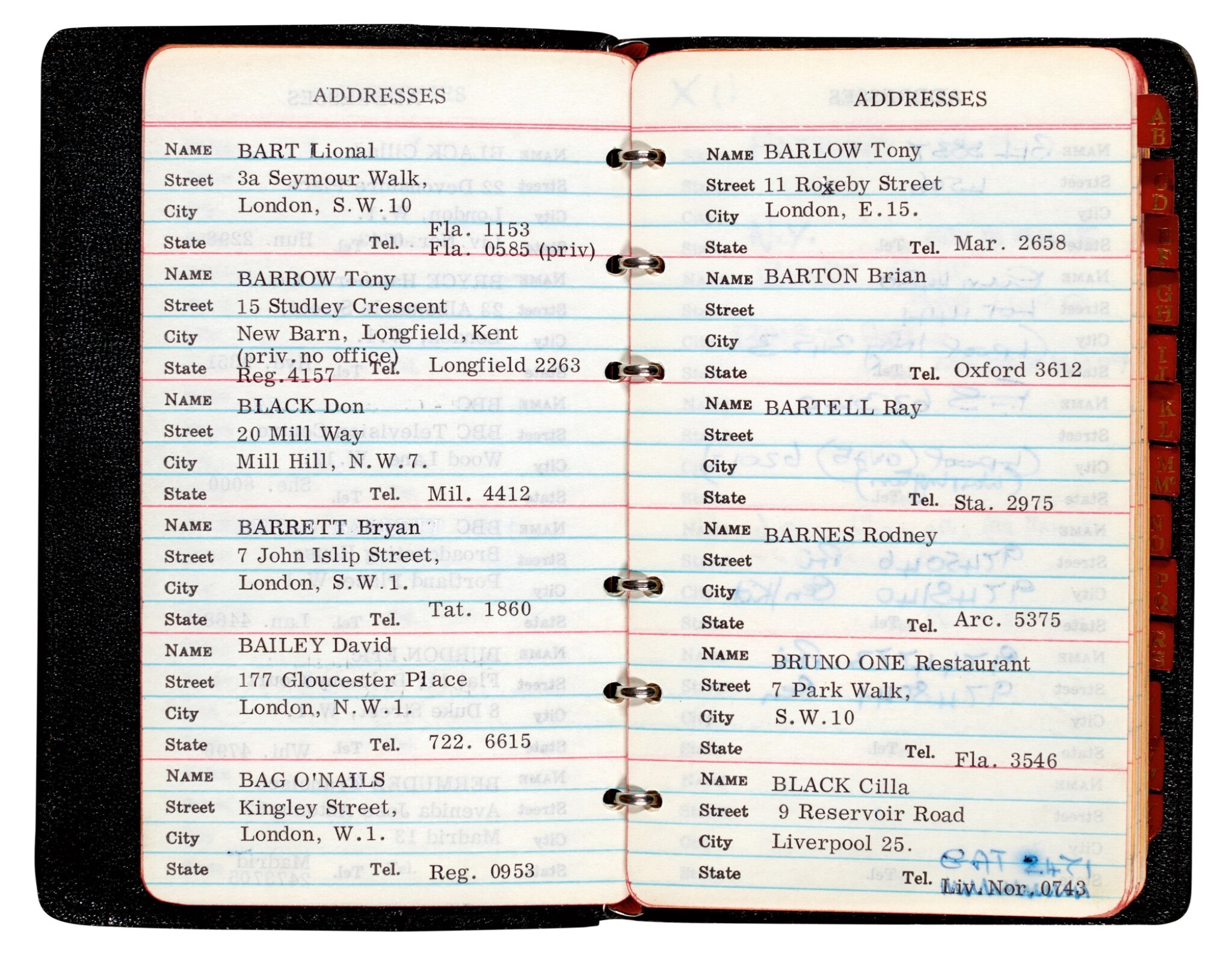 BRIAN EPSTEIN AND HIS CONNECTIONS. This unique volume provides a detailed insight into Epstein's friends and contacts and lists many of the key figures of London's "swinging sixties". Inevitably, of course, it is focused on the figures around the Beatles themselves (it seems he didn't need to write down contact details for the band themselves, none of whom are listed), as well as other performers whom he managed such as Cilla Black and Gerry Marsden. Other leading British pop artists are present such as the Rolling Stones, Eric Clapton (then in Cream and with a developing friendship with George Harrison) and Graham Nash (then still a member of the Hollies). The presence of photographers, artists, and art dealers show the extent to which Epstein was engaged with the wider cultural world of the time, whilst Epstein's contacts with a number of prominent Americans - from Leonard Bernstein to "Colonel" Tom Parker - show the use to which he put the global success of The Beatles. Other entries are of a more personal nature, and provide insights into Epstein's private life in his final year.

This address book was evidently begun by a secretary who neatly typed many of the entries, no doubt from a worn-out earlier volume. It was then supplemented by hand when required, usually by Epstein himself but sometimes by a secretary. Certain entries allow it to be dated to 1967. Epstein's old friend and Beatles confidante, the car salesman Terry Doran, is listed with the address of Apple Music on Baker Street, and Apple was only founded in 1967, whilst others (such as Robert Fraser and Marianne Faithful) have addresses at which they are first known in that year. THIS VOLUME IS A UNIQUE RECORD OF THE SOCIAL WORLD OF EPSTEIN AND THE BEATLES.