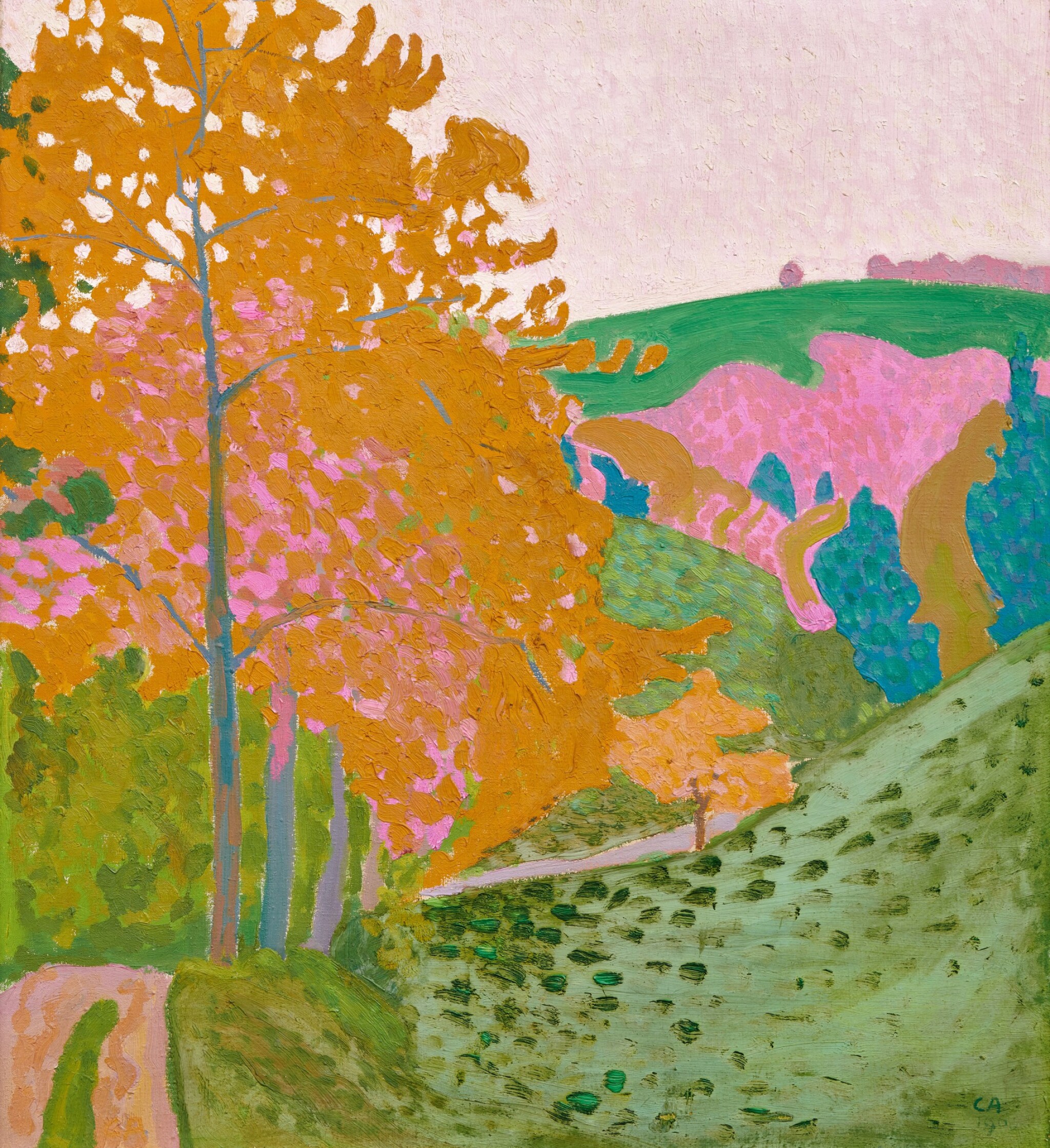 A professional CR is available upon request.

This poetic and subtle autumnal landscape, made up of greens, blues, pinks and orange, is an early work dating from 1906. Paintings by Amiet from this period are rare due to a fire at the Glaspalast in Munich in 1931, in which 51 early canvases tragically perished in a fire. 1906 was an eventful year for the young artist; it was the year he exhibited at the Secession in Berlin and when Ernst Ludwig Kirchner and Karl Schmidt-Rotluff invited the young Swiss artist to join the group Die Brücke and exhibit with them in Dresden. Amiet had met the future members of the group already in 1905 and he exhibited with them the following year in both Paris and Solothurn.

Amiet’s extensive career ranged from his first self-portait in 1883, aged fifteen, until 1958 when, aged 90, he painted a yellow version of his composition Le Paradis. Chamelon-like Amiet absorbed different artistic currents and reinvented his style throughout his seventy-five years as an artist, but a common thread, evident in Herbstlandschaft, was his love of colour. The year that Amiet spent in Pont Aven between May 1892 and June 1893 was to change the young painter’s colour palette dramatically. It was in Brittany that Amiet met painters such as Paul Sérusier and Roderic O’Connor and that, via the intermediary of Emile Bernard, he encountered the compositions of Paul Gaugin and Vincent van Gogh, which used pure, juxtaposed colours. As we can see in the current work, Amiet adopted this technique of applying pure matt colour in flat solid brushstrokes and made it his own.

This important early work was rediscovered in 2010.

This work is registered in the Swiss Institute for Art Research (SIK-ISEA) under no. 92778.