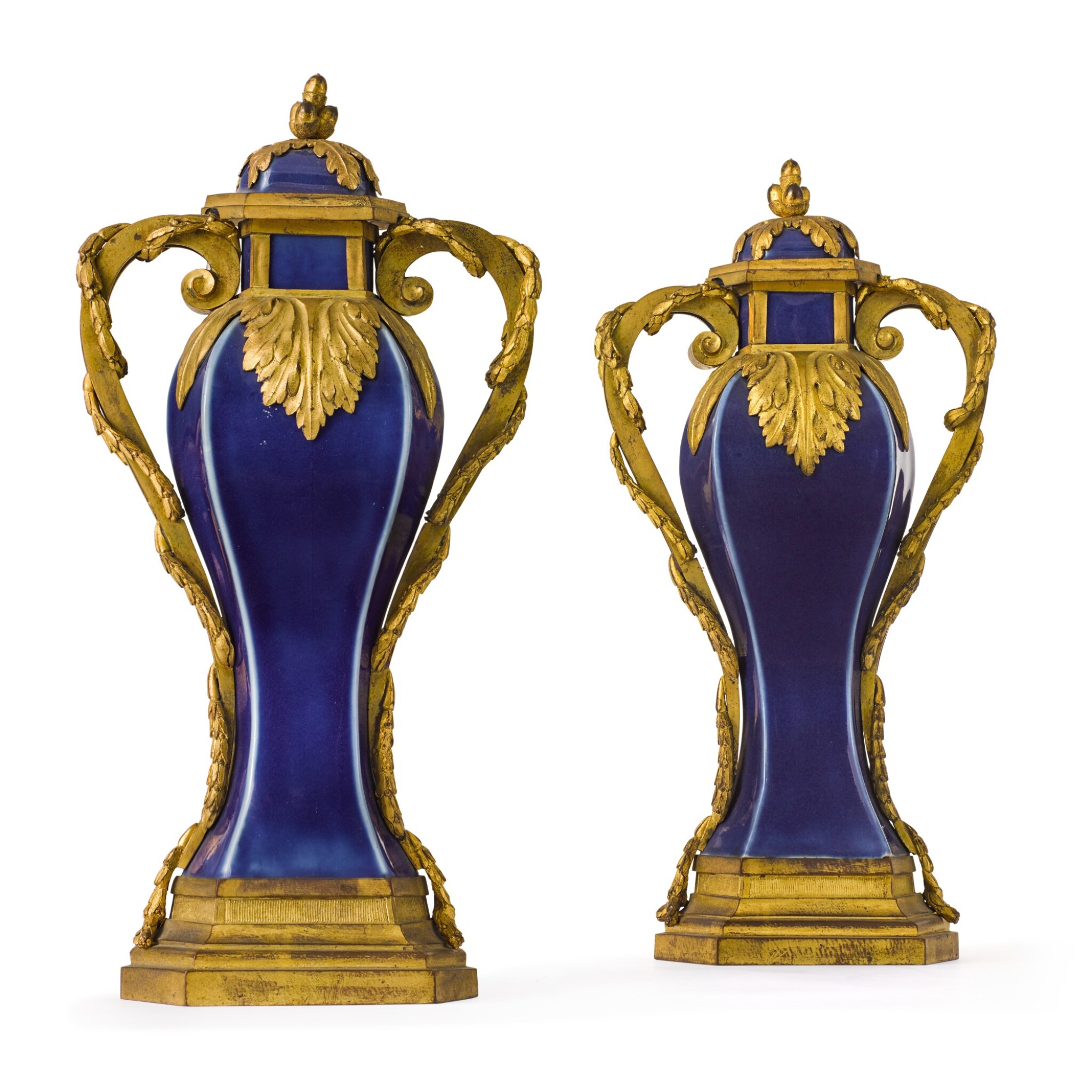 each with an acanthus lead cast collar, scrolled handles entwined with berried laurel leaves on either side, on a stepped hexagonal base

In overall good condition. Very minor scratches and tarnishing to gilt bronze consistent with age and use -this is visible in the catalogue images. One vase with a shallow rim chip to the inside of the neck, the other vase with a similar, smaller, chip to inside of neck and two small scuffs towards the bottom of the vase (this should be visible in the catalogue image). Fine quality and ready to be place.

Kraemer gallery, Paris
These vases with the acanthus leaves, scrolls and acorns reflecting the neoclassical style under the reign of Louis XVI embody the fashion to ornate Chinese porcelain with luxurious gilt-bronze mounts. Appreciated for their exoticism, the porcelain wares arrived in France from the East and were mounted according to French tastes, which were promoted at the time by the Parisian marchands-mercier. The elegant and harmonious mounts and especially the handles of the present vases were specifically designed by a skilled bronzier whose creation does not overshadow the deep blue porcelain vases, but rather compliments them.

This pair of vases is related to a garniture sold at Sotheby’s London, From the Estate of Giuseppe Rossi, 12 March 1999, lot 1317. The vase flanked by two beaker vases is identical in design and quality to the present vases. Furthermore, this example suggest the present vases were perhaps once part of a garniture decorating the mantel piece of a rich interior. A pair of vase of the same baluster shape, however with different Louis XVI mounts is in the collections of the Metropolitan Museum of Art, New York (acc. no. 56.140.1a, b, .2a, b; also illustrated in L. Scheurleer, Chinesisches und japanisches porzellan in europaïschen fassungen, 1980, p. 306, abb. 274.)