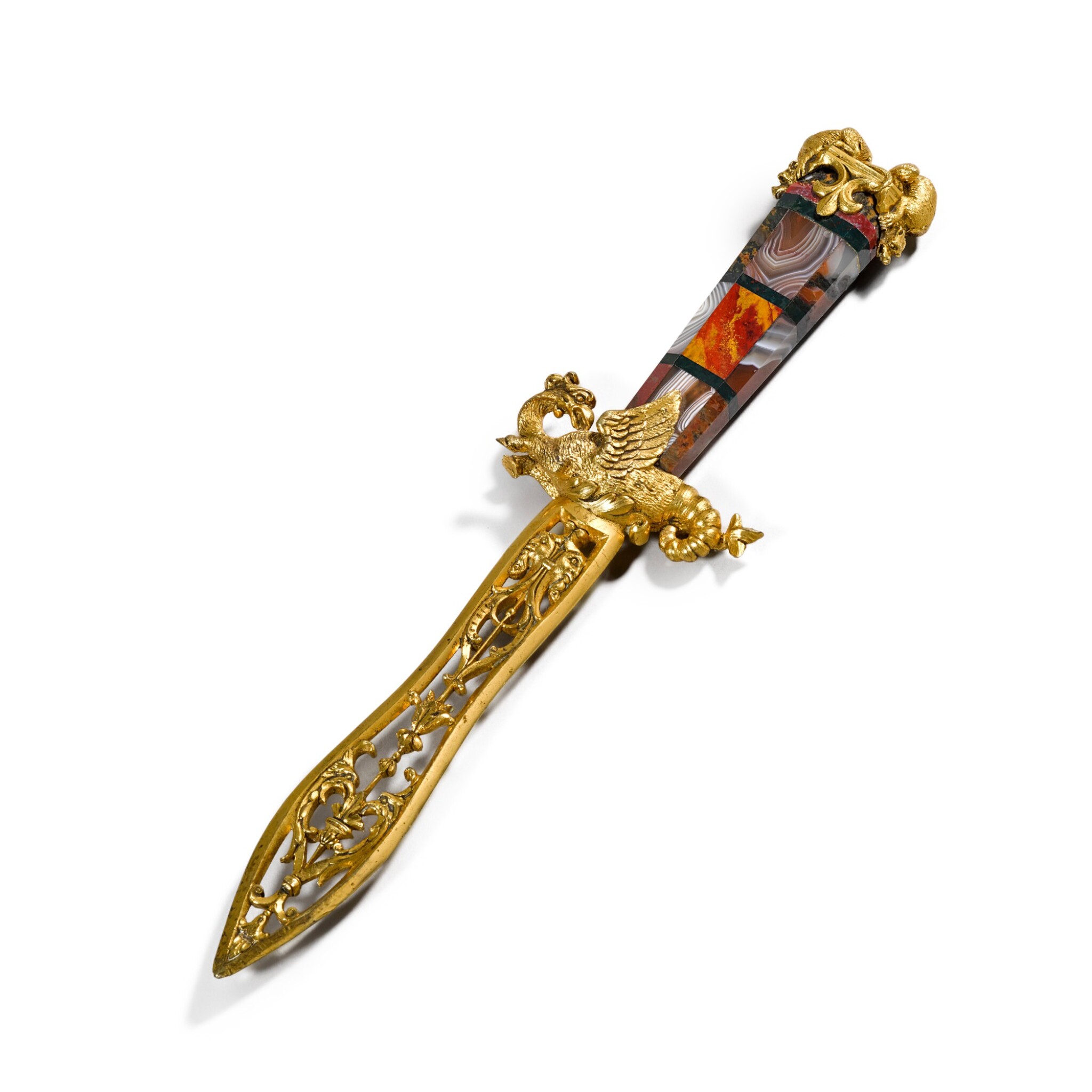 unmarked, the shaped blade pierced with masks and foliate motifs, below a cast dragon, the tapering handle inset with agates below gilt-metal beasts

In very good condition, ready to be placed.

An almost identical letter opener was sold at Sotheby's London, Mentmore, Vol. 5., 21-27 May 1977, lot 3244. The later letter opener used to be fitted in a case applied with ‘R’ below a coronet, possibly for the Rosebery family, and ‘Hamilton Crichton & Coy. / Goldsmiths Silversmiths / and / Diamond Merchants / 41 George St. / Edinburgh.

Alexander Crichton was born in Edinburgh in 1839, and we first hear of him entering a silver cup into the 1870 Society of Arts exhibition and then registering his mark at Goldsmiths Hall in November 1872, with a workshop located at 47 Great Russell Street.

It was in the early 1880s that Crichton designed his fantastical animal claret jugs for which he is so well known. He created more than thirty-four silver and glass claret jugs between 1881 and 1882, many of these designs being registered at the Patent Office. The animals include walrus, crocodile, cockatoo, dodo, fish, squirrels, seals, ducks, budgerigars, owls, penguin and an otter.

Although Alexander Crichton was a London silversmith, he almost certainly had strong Scottish connections as many of his works were sold by Hamilton, Crichton & Co., Scottish goldsmiths of 41 George Street, Edinburgh. There is a matching set of a silver knife, fork and spoon, dated 1874-5 and with the maker’s marks in the collections of National Museums Scotland (inv. no. 000-100-001-123-C). The identity of Crichton’s partner, Hamilton, remains unclear.