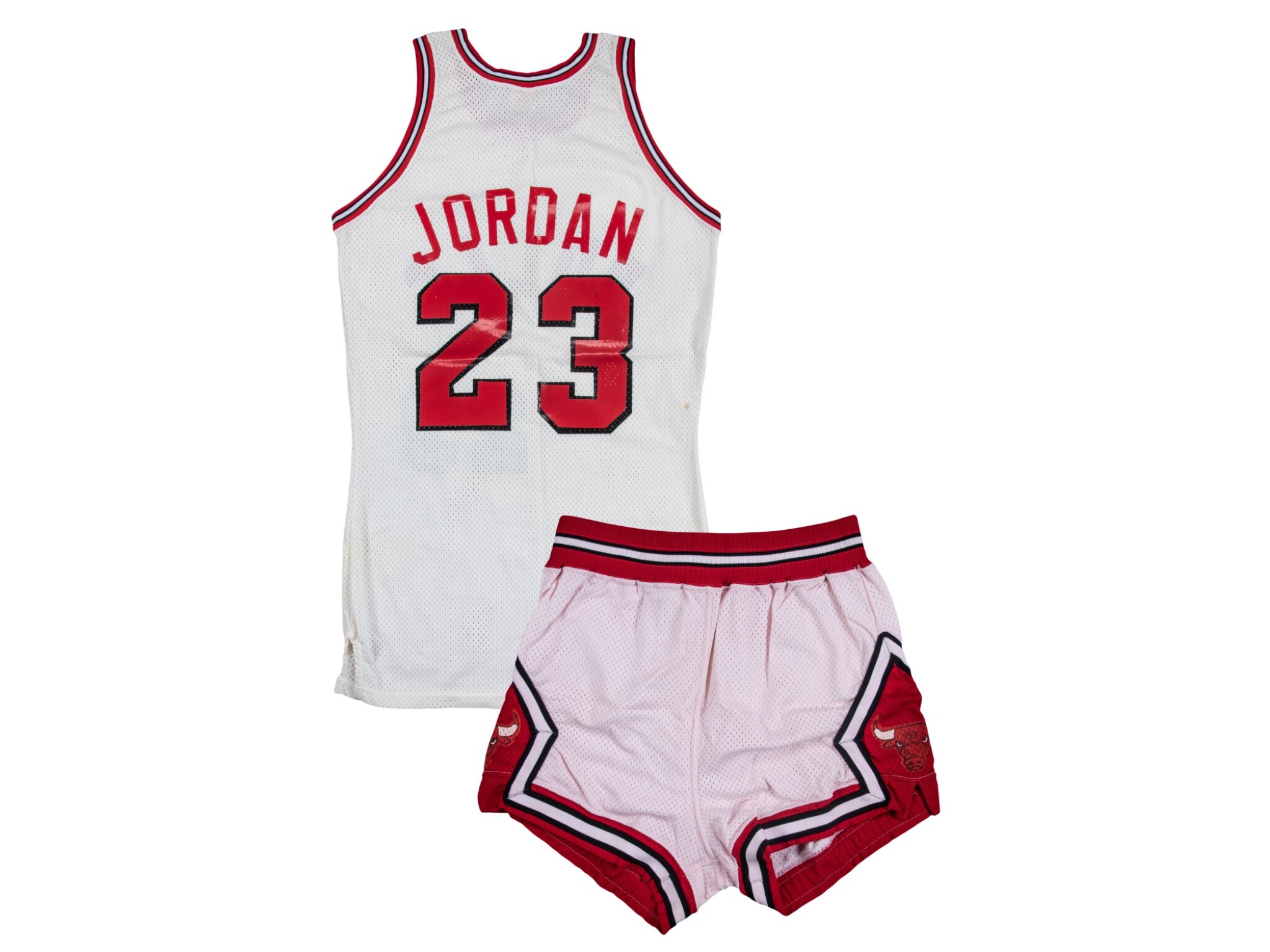 Michael Jordan burst into the NBA at the exact time the game needed him. The explosive guard had been an undisputed star at North Carolina, but two teams passed on him before the Chicago Bulls snagged him in the 1984 draft. Jordan’s presence was immediately felt as he breathed new life into the Bulls franchise, leading the team to their first playoff appearance in a decade. The rookie averaged 28.2 points per game and as early as November the New York Times was calling him, “the phenomenal rookie of the Bulls" and he appeared on the cover of SI the next month with the headline, “A Star is Born.” And most importantly, Michael Jordan didn’t just play the game well, he re-invented the way it was played.

His seemingly gravity-defying style of play earned him the nickname “His Airness.” Soon the Bulls were attracting huge crowds on the road as fans flocked to see the game’s newest phenom. Suddenly it seemed as if every NBA highlight reel was transformed into the Michael Jordan show and young players discarded all they knew about the game and began modeling their play after Chicago’s brilliant star. By the time the books were closed on the 1984-85 season, the Bulls had made the playoffs and Jordan was the league’s Rookie of the Year. Basketball would never be the same again – and he did it while wearing this uniform set. The home white mesh jersey has the correct 1985-86 style “BULLS” logo across the chest above Jordan’s soon to be famous number “23” in red and black appliqué. A Rawlings size 44 label is sewn in the right front tail and a second Rawlings size 44 label is sewn in the collar. The arm and neck openings are trimmed in red, white and black ribbing. The back features “JORDAN” and his number “23” in red and black appliqué. The jersey shows good game use with toning throughout. There is one noteworthy stain found approximately 4 inches to the right of the “3” on the back of the jersey. The appliqué graphics have slightly faded and show some moderate wear from age and repeated laundering.

The matching white shorts have a Chicago Bulls mascot appliqué patch on both thighs along with red, white and black ribbing trim around the leg openings and waist. A Rawlings size 36 label is sewn in the waistband along with Jordan’s number “23” stitched in white on a red strip tag. The shorts show wear comparable to that found on the jersey, with some fading to the appliqué graphics and overall toning from age, plus some bleeding of the red onto the white. A tremendously important complete uniform set from the very start of Michael Jordan’s Hall of Fame career. This uniform set comes with a LOA from MEARS (307251) for the game use and has been given the highest possible grade of A10.