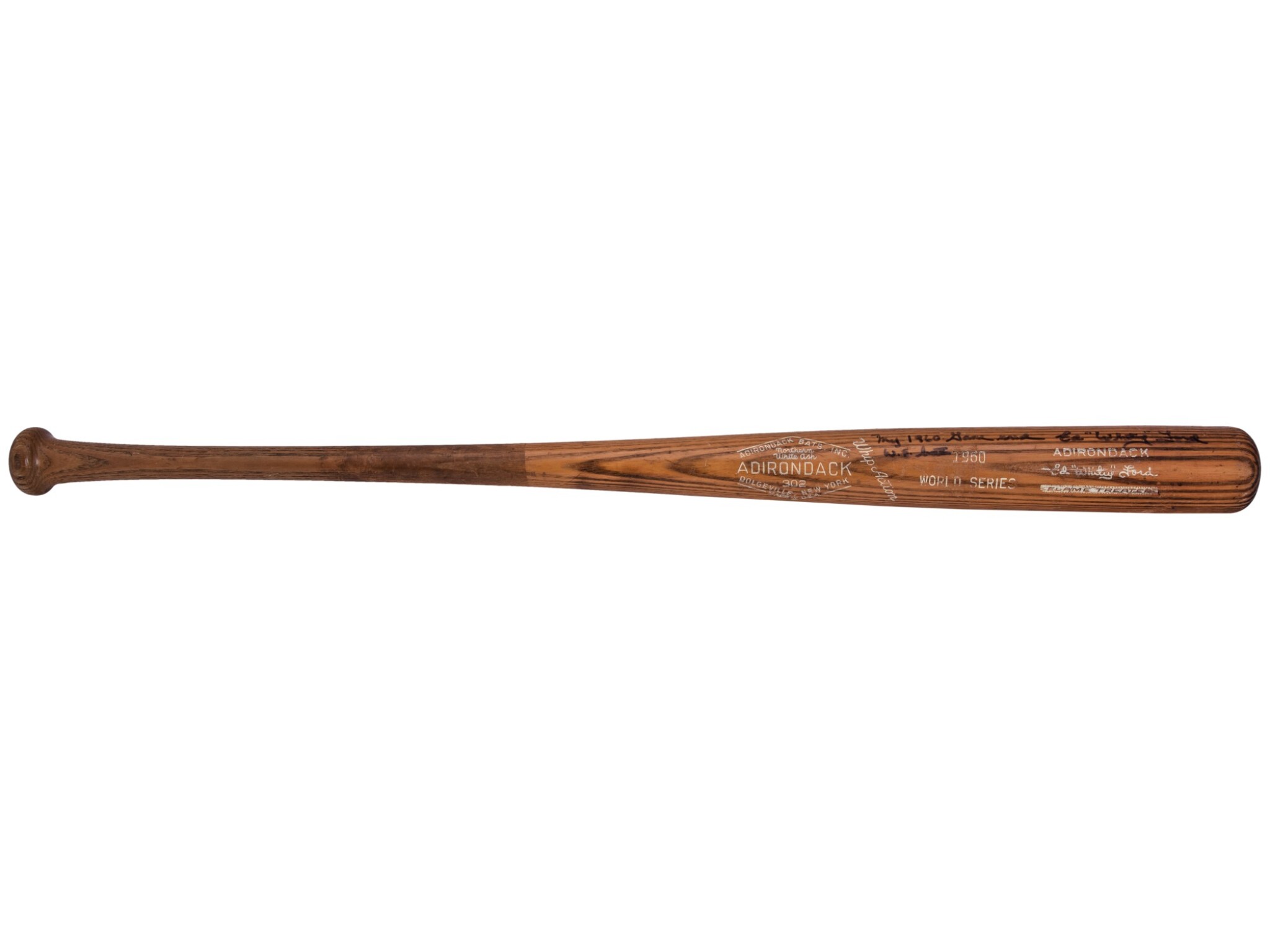 While Mickey Mantle and Company took care of the offense, it was Whitey Ford who led the pitching staff that powered the 1950s-60s Yankees dynasty. From 1950 to 1964, Whitey pitched the Yanks to 11 pennants and six World Championships. Along the way he won 236 regular season games with 13 seasons of 17 or more wins. But it during World Series time that Whitey Ford truly came alive. In the 11 Fall Classics he pitched in, Whitey won 10 games, more than any other pitcher in history. He also holds the record for most starts, innings pitched, hits, walks, and strikeouts. His dominance in the 1960 World Series was no different. In Game 3 Whitey threw a 4-hit shutout to put New York ahead in the Series 2 games to 1. The Pirates fought back and took the next two games to give them the 3-2 edge. Now it was up to Whitey to stop the Bucs from winning the Series.

As was expected, the Yankees veteran ace rose to the occasion, shutting out the Pirates for the second time and forcing a Game 7. His two shutouts added to his continuous scoreless World Series innings streak which culminated in his breaking the old record, set by Babe Ruth, in the 1961 Series. Though notoriously poor with a bat, Whitey hit pretty well during the 1960 Series. In the two games he pitched, Whitey got a pair of hits in eight at-bats for a .250 average. He also scored a run while knocking in two. This bat is attributed to Whitey Ford’s use in that 1960 World Series. The Adirondack 24C model bat is un-cracked and displays moderate use. A few ball marks are present on the right barrel and cleat imprints are found on the right and back barrel. A light coat of pine tar still clings to the handle and the model number “24C” is stamped into the knob. Ideally, the barrel of this bat carries the special “1960 WORLD SERIES” stamping in white. To complete this World Series gamer, Whitey Ford has signed the barrel in black marker with the inscription, “This bat shows game use, and was used by me, and only me, in the 1960 World Series.” Provenance does not get any better than this. This bat comes with a signed LOA from Whitey Ford for the game use and signature and a LOA from PSA/DNA (1B10983) for the game use and has been given the highest possible grade of GU 10.