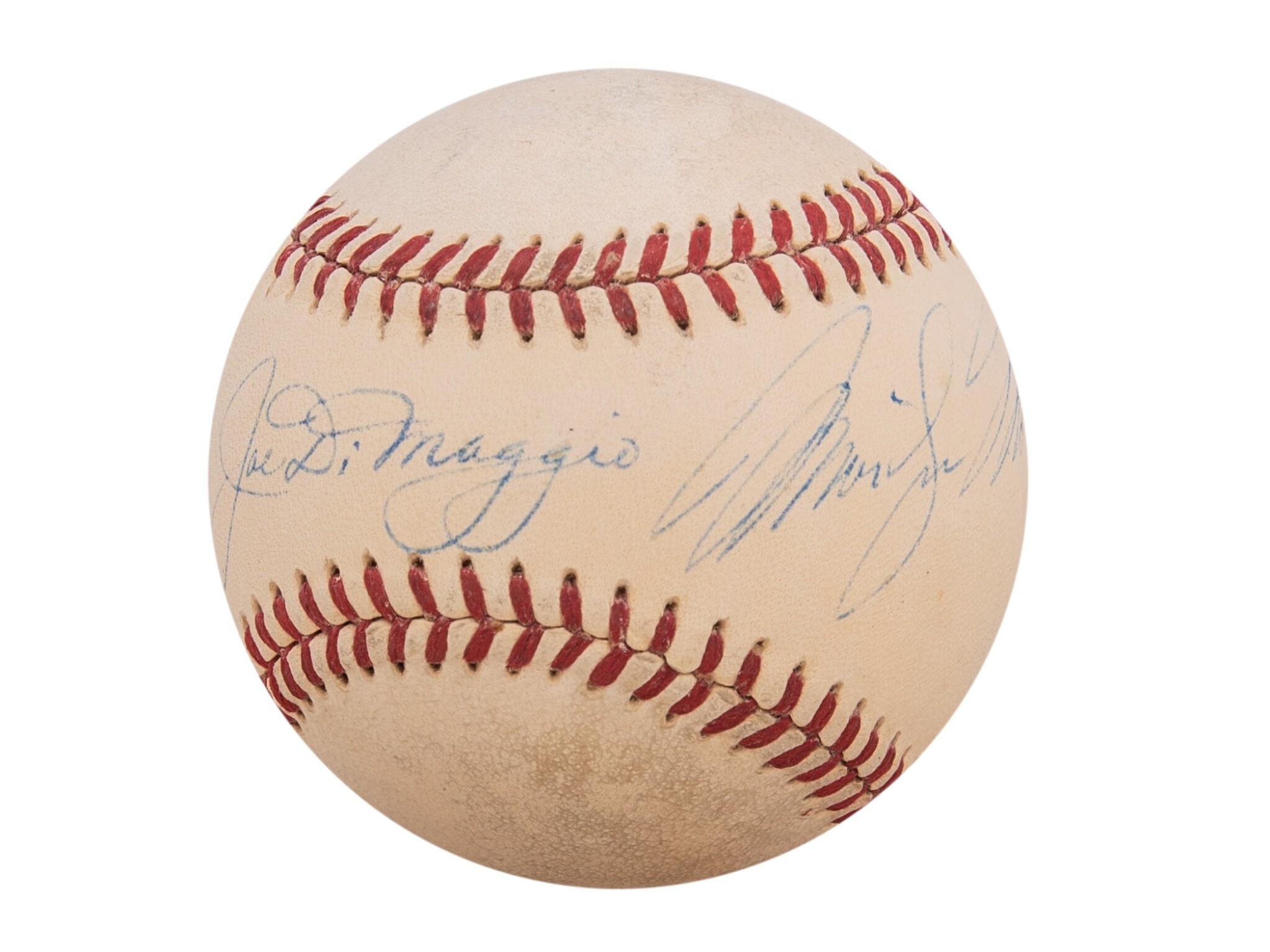 For the first and only time in history, sportswriters and gossip columnists fought over the same story: the marriage of Joe DiMaggio to Marilyn Monroe. Nothing like this had ever happened before, the greatest living baseball player and the idol of millions wedded to the most glamourous actress in Hollywood, desired by millions. For a time, the two appeared to be the ultimate power couple, making the rounds of glitzy nightclubs and traveling the world. Unfortunately, the matrimonial bliss was short lived. The notoriously private DiMaggio rapidly became jealous of Marilyn’s stardom and the young starlet chaffed under her husband’s increasingly controlling ways. Just nine months after their marriage the couple divorced, but legend has it they remained each other’s true love until Marilyn’s death in 1962.

At some time during their brief relationship, the couple signed this 1947-53 era Reach Official American League William Harridge stamped ball in blue ballpoint. Perhaps revealing that it was obtained during the early, happier part of the pair’s courtship, Joe has signed the sweet spot in a very attractive even and flowing version of his signature. Marilyn has signed just to his right, and positioned in such a way, both can be visible while on display. The ball shows overall toning from age with the faded stamping that helps the blue signatures take precedence. As the couple’s relationship lasted but a short period, items autographed by the pair are extremely rare and sought after – an Official American League ball signed by the couple being the penultimate find. This ball comes with a LOA from JSA for the signatures.