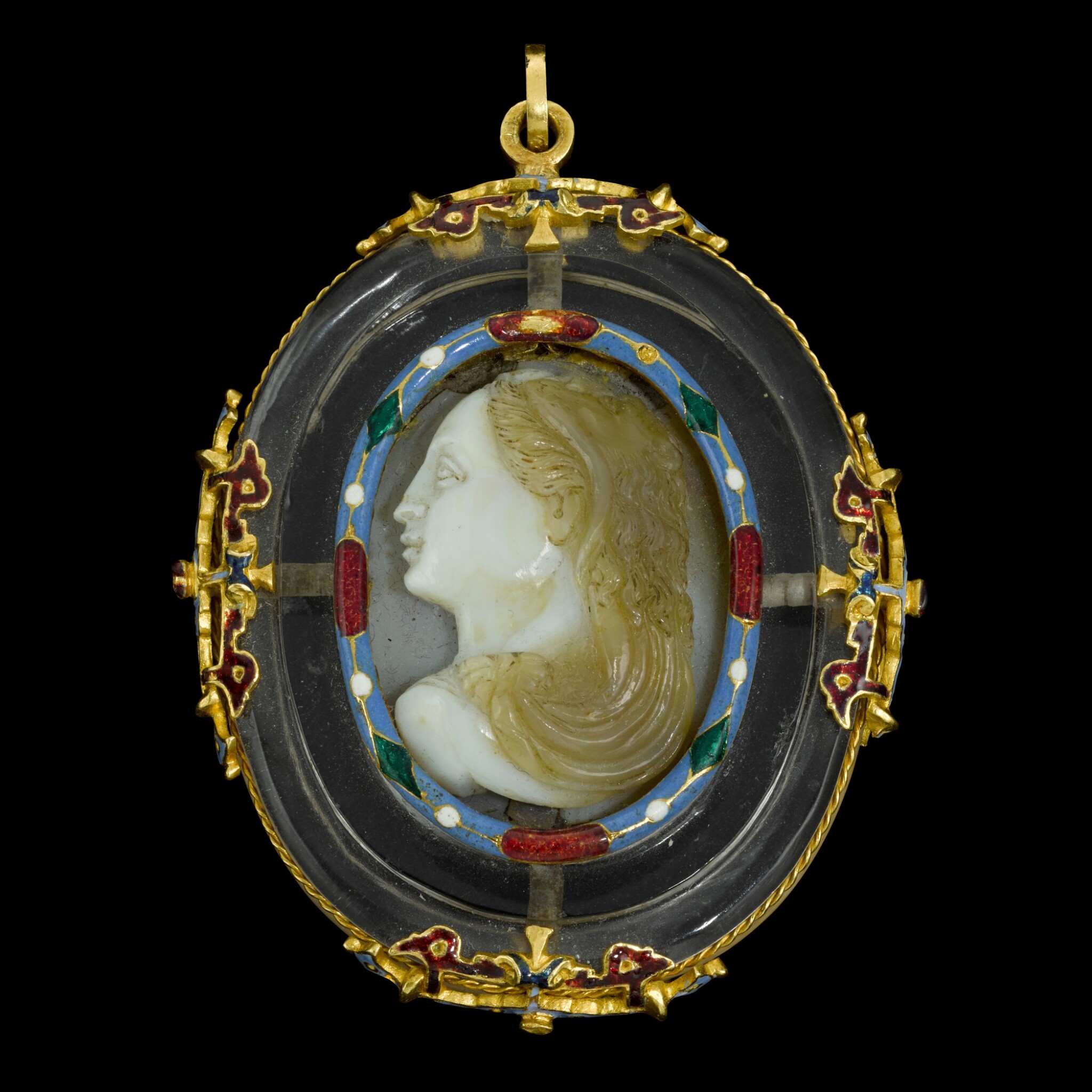 Overall in good condition with minor surface dirt and wear consistent with age. A small chip (with fill) to the nose. Minor losses to the cameo around the edge, notably at the top. There is fill and fabric behind the cameo on the reverse. Minor general wear to the mount, including some small chips to the rock crystal.

Chenel collection, Paris
The mistress of Hercules, Omphale was a popular subject in late-Renaissance cameo carving. Some examples show the two characters side by side, both wearing the lion skin over their heads. This very fine representation of the mythological queen is datable to the late 16th century and compares to other Italian cameos with the subject, including a gem in the Museo degli Argenti in Florence (op. cit., no. 94). The same collection preserves a 16th-century cameo with the head of Hercules (ibid., no. 66), which exhibits a similar facial type and possibly indicates that the present jewel may once have had a pendant with the god facing to the dexter. Further stylistic comparison can be made with a double portrait cameo in Munich, dated to circa 1600 (Weber, op. cit., no. 157).