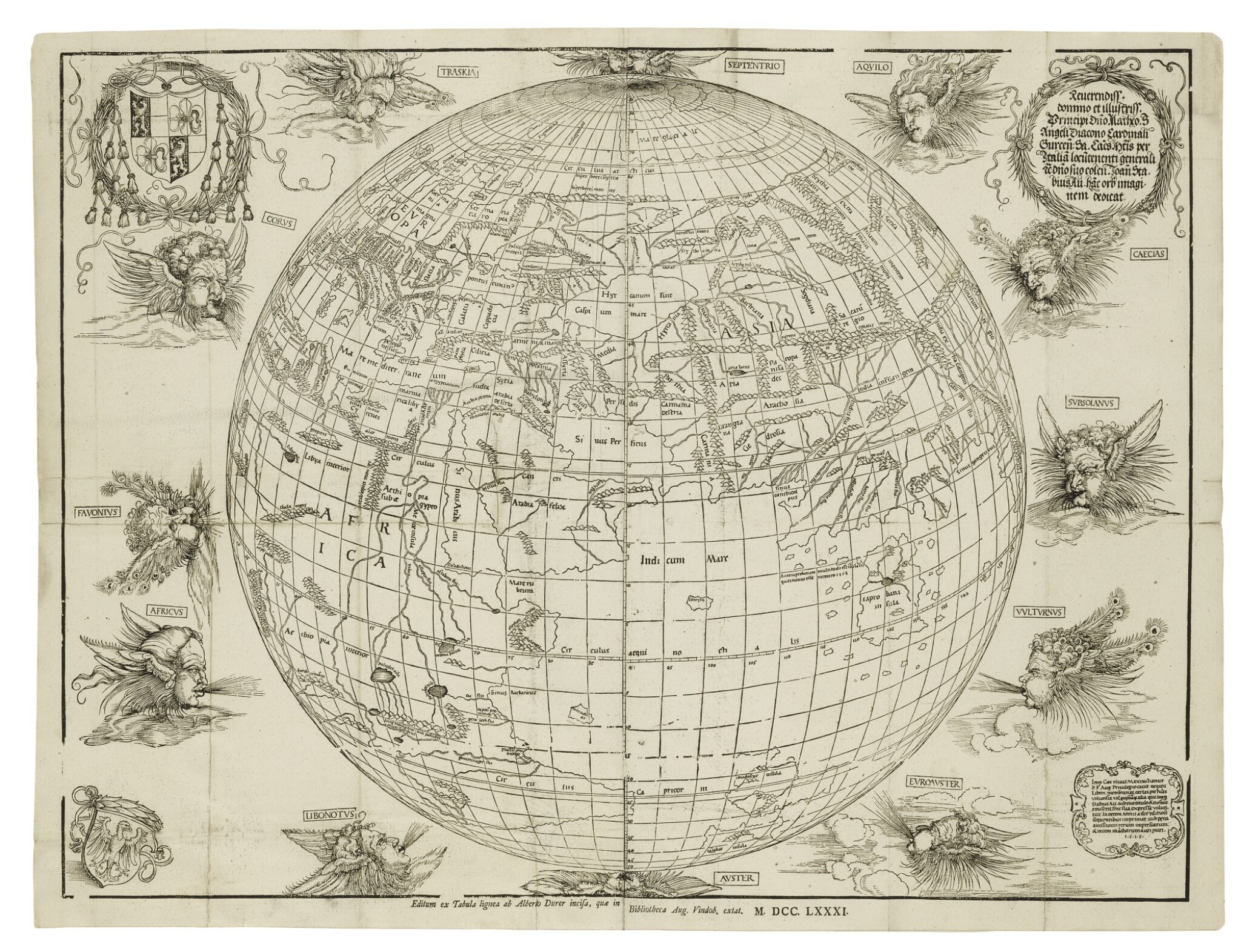 Woodcut map of the world printed from four blocks on two joined sheets (totaling 27 x 35 1/2 in.; 687 x 902 mm). Some separations and repairs at folds, with minor loss at one intersecting fold, a few unobtrusive worm trails. Handsomely framed with UVIII Plexiglass.

Although not signed, this striking world map is acknowledged to be the work of Albrecht Dürer. The map was produced in collaboration with Johann Stabius, astronomer to the court of Maximilian I, and was a pendant to a pair of celestial charts on which they had collaborated. The spherical world is surrounded by spectacular depictions of the twelve traditional windheads, with the corners bearing (clockwise from the upper left) the arms of Cardinal Matthaüs Lang, Archbishop of Salzburg, Stabius's dedication to Cardinal Lang, the privilege granted to Stabius by Maximilian dated 1515, and the arms of Stabius.

No sixteenth-century example of the map survives, but the original woodblocks were rediscovered shortly before the present impressions were pulled in 1781. This edition, published by Joseph Elden von Kurzbeck under the supervision of the scholar Johann Adam von Bartsch, is itself now very rare. The woodblocks are now preserved in the Albertina Museum.

"The most interesting features of the map are those with which we must suppose Dürer endowed it: the vigorous artistic presentation and the ingenious representation of a globular map upon a flat surface—one of the earliest stereographic projections attempted" (World Encompassed).