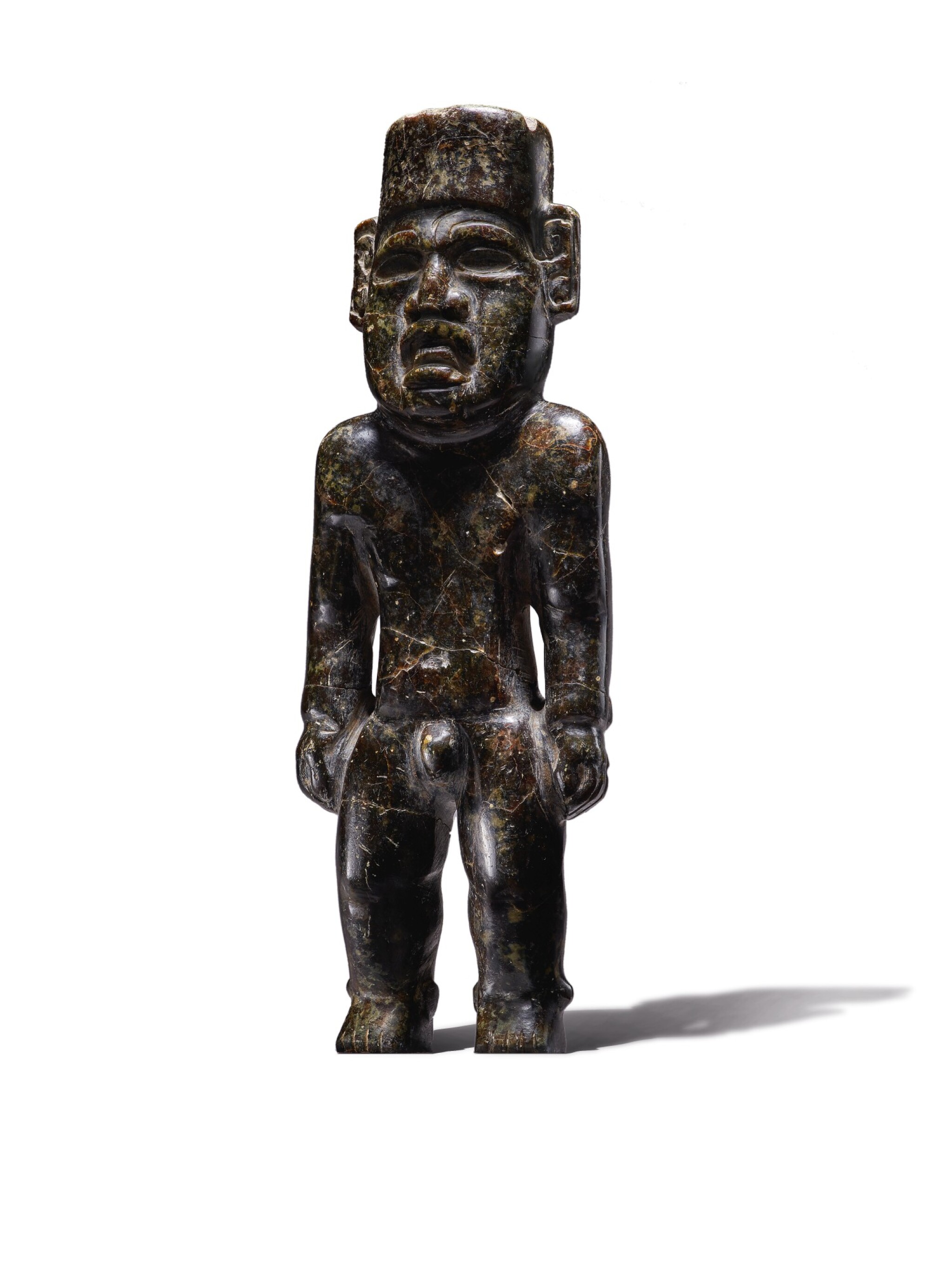 The lustrous green-brown serpentine is carved with emphasis on the large head and long torso, nearly equal in proportions. The musculature of the strong arms, legs and shoulders complement the fully modeled parted lips, flared nostrils, and the large and deeply recessed eyes which are highlighted by thin incised brows. It is notable that the facial features associated with the important senses of sight, sound and voice are prominently sculpted, as is the genitalia shown beneath a smooth loincloth.
The tall cylindrical headdress is an important accoutrement indicating "temporal or religious authority or identified with a particular clan or person" (ibid., p. 244). The prominent ears projecting from the side might be attachments to the headdress, and the wrists and ankles show raised elements that are likely ornaments.

The figure is one of the important transitional sculptures of the later Olmec style as seen in the Guerrero and Puebla regions, where the Olmec style ultimately influenced later Teotihuacan stone figures.