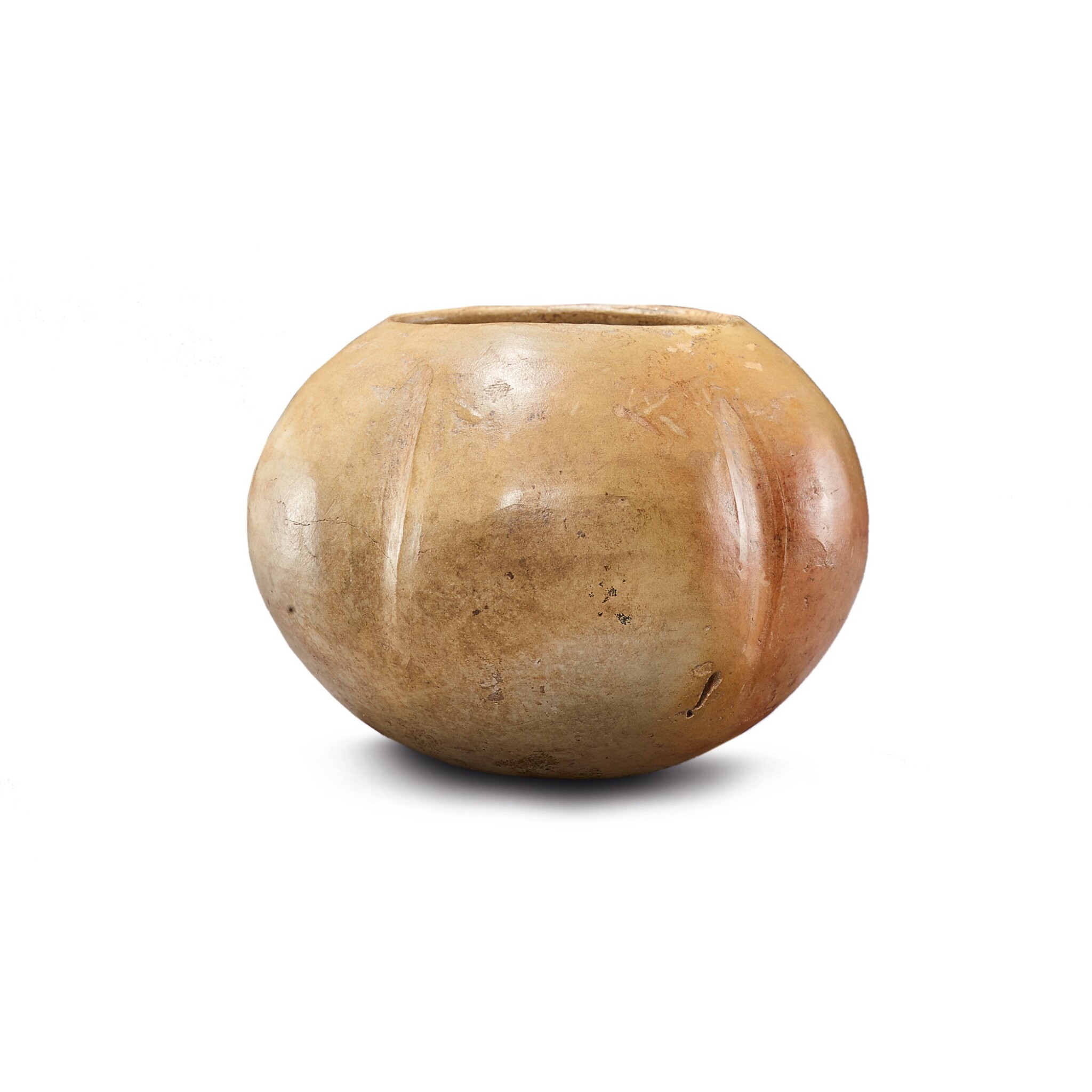 The carefully formed, thin-walled vessels of ancient central Mexico are known as tecomates, meaning gourds. Gourds were used as containers in pre-ceramic times, and the essential ribbed form is emulated on this small vessel. The lustrous creamy finish, achieved by burnishing a kaolin slip, is offset by the blush of orange firing clouds that occurred during the open pit firing. The transformation of an everyday container into an elegant harmonious form is a testament to the artistry of ancient ceramicists.

This bowl was included in the important exhibition of Pre-Columbian art at the Museum of Primitive Art in 1969, at which time the bowl was owned by the New York collector Arthur N. Seiff.