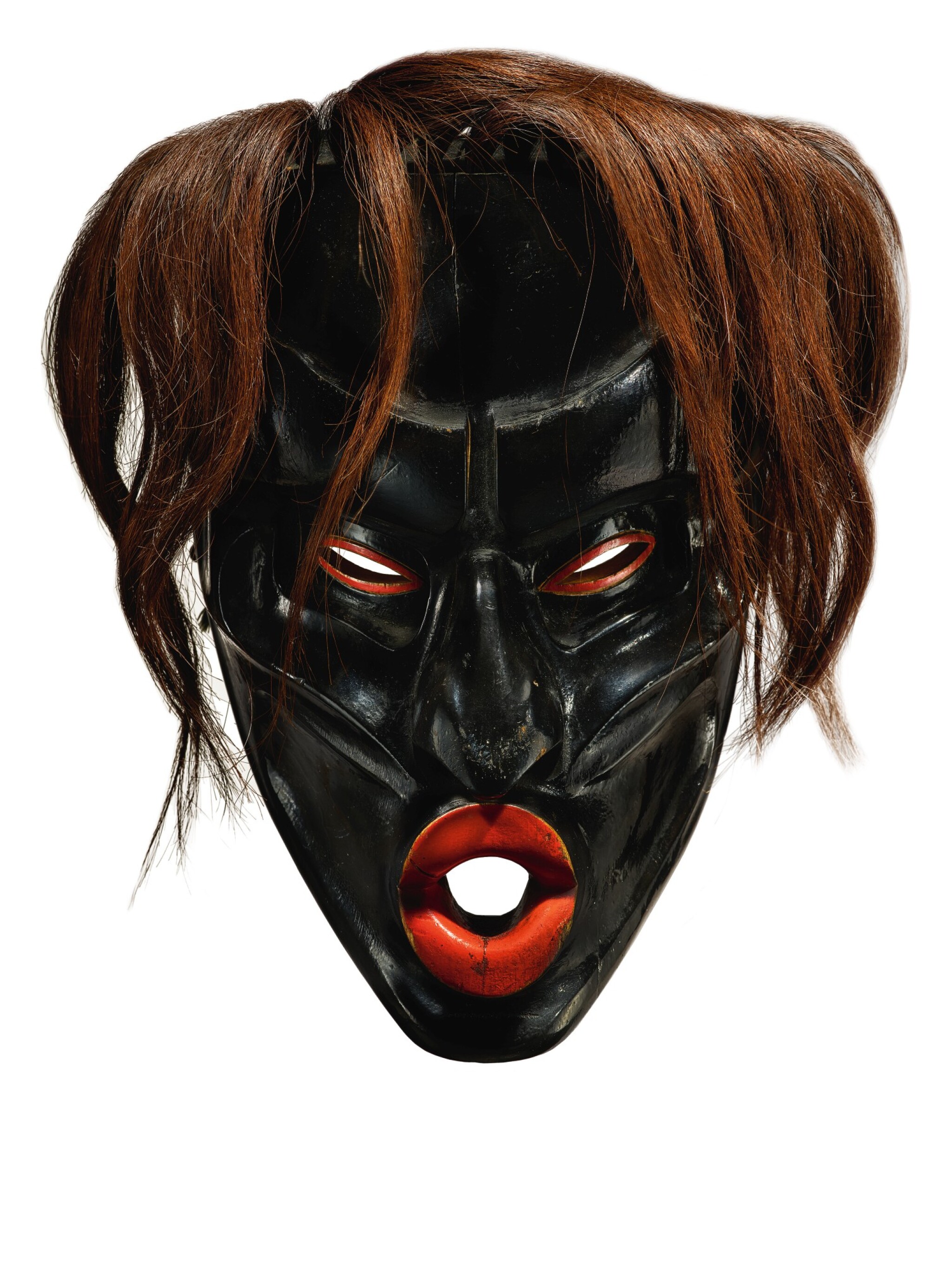 The present mask is an important artistic bridge from our time to the ancient traditions of the First Nations people of the Northwest Coast of North America. The artist and Chief Willie Seaweed (circa 1873-1967) was perhaps the most important figure in the revival and preservation of the early carving traditions into the modern world of the 20th century. This effort was successful in the face of great adversity, as the artistic sophistication and spiritual strength of this mask depicting Dzunukwa proves abundantly.

The chain of ownership of the present mask is firmly established back to the artist, who was also known as Chief Hilamas, Smoky Top, Kwaxitola, and The One Able To Set Things Right. As a boy, the present owner was present when Sidney and Anne Gerber acquired the mask directly from Willie Seaweed at his home in Blunden Harbor, present day British Columbia. The Gerbers later bequeathed it to him, and it was on loan to the Seattle Art Museum for 35 years, from 1983 - 2018.

Steven C. Brown notes: "Willie Seaweed (c. 1873-1967) was an outstanding and prolific traditional artist of the Kwakwaka'wakw First Nation. His surname is an English spelling of the chief’s name, Sewidi, which means 'paddling owner', or metaphorically 'to whom everyone paddles', which indicates the status of the chief as an important person to whom other people travel. He made dozens of masks and other items of ceremonial regalia from his home in Blunden Harbour, a remote village on the British Columbia mainland opposite the north end of Vancouver Island. His son, Joe, was also a talented artist who often worked in tandem with his father. The heads of family lineages would commission an artist to produce an original set of masks when their eldest son was to be initiated into the Hamatsa society. Willie Seaweed, also known by one of his traditional names that translates as 'Smoky-Top', would carve and paint a set of the man-eating bird monsters according to the ceremonial privileges of the commissioning family. In his later years, Seaweed lived in the cultural hub of Alert Bay, where he was an invaluable member of the older generation who inspired the revitalization of Kwakwaka'wakw culture that began during his time."

"Willie Seaweed's carving style was founded on the traditional work of his predecessors in Blunden Harbour, who as a group were recognized for their original and sometimes flamboyant interpretations of traditional imagery. Seaweed developed his own unique style over many decades, beginning in the late nineteenth century and evolving well into the 1950s. His highly refined style can readily be picked out from among the work of his peers, and has been one of the primary inspirations for contemporary Kwakwaka'wakw artists who emulate and further expand upon his body of work." (Steven C. Brown, personal communication).

This mask depicts the important female character of Dzunuḵ̓wa (variously spelled as Tsonoqua, Tsonokwa), a tutelary ancestor who is both celebrated as a bringer of wealth and feared, particularly by misbehaved children, as an abductor and cannibal of the same. She is said to exclaim “Hu!” through bright red pursed lips, and children are warned that the sound of wind in the cedars is her ominous voice.