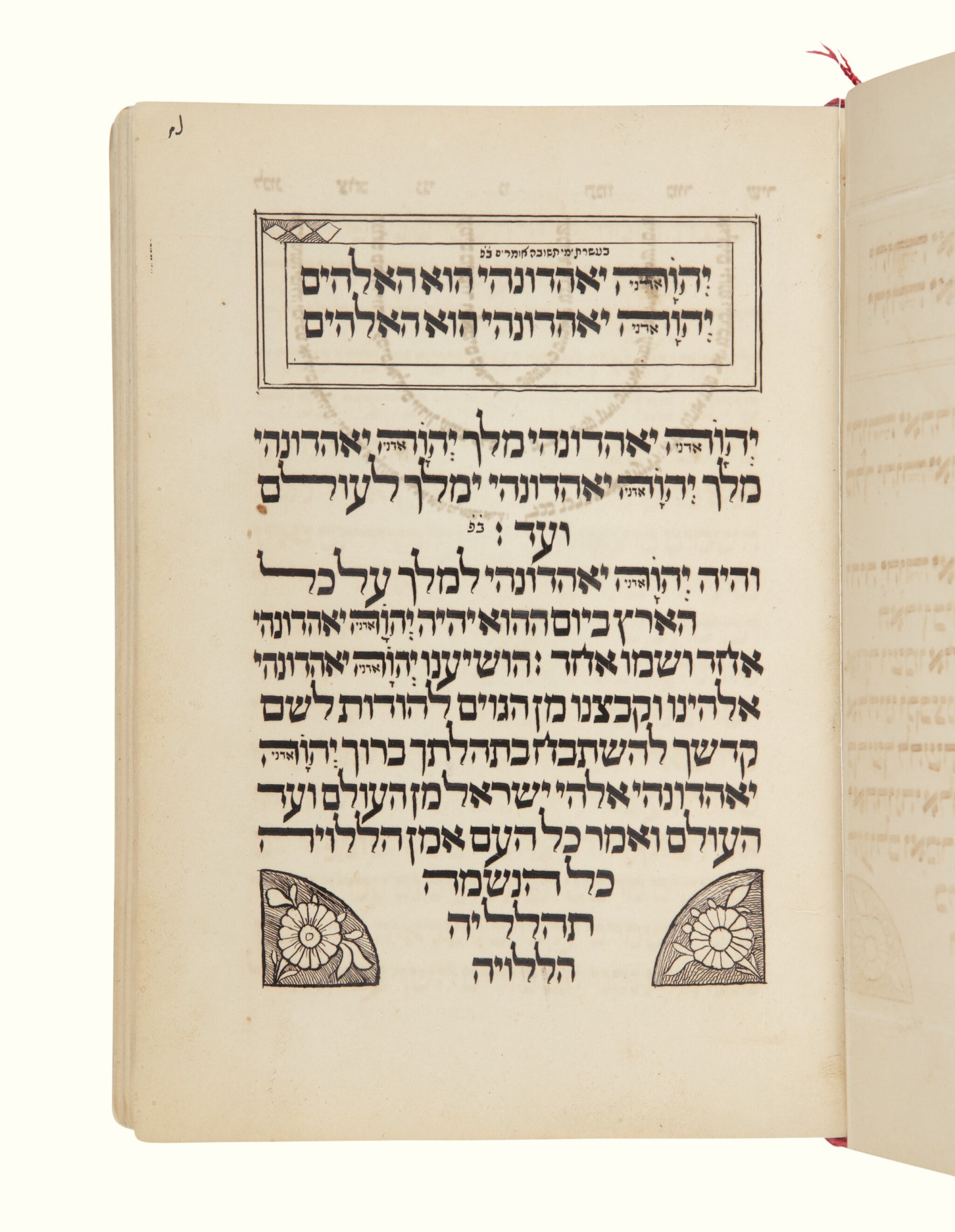 A daily prayer book owned by the great Rabbi Joseph Hayyim of Baghdad, author of Sefer ben ish hai, with his manuscript notes.

Rabbi Joseph Hayyim of Baghdad (ca. 1834-1909) was one of the most prominent halakhic authorities and kabbalists of Iraqi Jewry in the nineteenth and early twentieth centuries. Born into a rabbinic family, he was selected to succeed his father as de facto spiritual leader of the Jews of Baghdad in 1859, a post he held for half a century until his death. In addition to serving as the community’s primary halakhic decisor, he delivered daily lectures and weekly sermons to its members, often attracting large crowds. Despite his substantial educational and pastoral duties, however, R. Joseph Hayyim never took a salary, relying instead on his four brothers for financial support. His prodigious knowledge, charisma, piety, and literary output earned R. Joseph Hayyim esteem and accolades far and wide, making him the subject of legends and folktales told down to the present day. In the words of one of his admirers, “His place in the lives and hearts of Sephardim throughout the world is analogous to that of the Vilna Gaon or the Ba’al Shem Tov in the hearts of the Ashkenazic Jews – and the number of his followers is continually growing.”

Perhaps R. Joseph Hayyim’s most famous work is Sefer ben ish hai, first published in Jerusalem in 1898. Like several of R. Joseph Hayyim’s other books, it takes its name from a phrase in II Sam. 23:20, which describes Benaiah ben Jehoiada, the chief of King Solomon’s army, in dominating terms. (R. Joseph Hayyim perceived that his soul was connected to that of Benaiah ben Jehoiada while praying and meditating at his grave during his only visit to the Holy Land in 1869.) Arranged according to two cycles of the weekly Torah portion, the volume combines two genres for which its author was particularly well known: homiletics and halakhah. Each section begins with an exposition of an idea from the Torah portion, which then introduces a series of halakhot related to that idea.

Having grown up in a home and cultural milieu suffused with Kabbalah and having become, according to Gershom Scholem, “the preeminent kabbalist of Baghdad,” R. Joseph Hayyim naturally incorporated Jewish mystical teachings into much of his literary work. His liturgical poetry, sermons, biblical commentaries, and even halakhic rulings betray pervasive kabbalistic influence, with figures like Rabbis Isaac Luria Ashkenazi, Hayyim and Samuel Vital, Shalom Sharabi, and others frequently quoted, especially in the context of prayer and its associated rituals and intentions. His publications, particularly the tikkunim (mystical rites) that he compiled, played an important role in simplifying and popularizing kabbalistic concepts and practices among the masses throughout the Middle East.

The present lot, a Baghdadi siddur containing the prayers for much of the liturgical year accompanied by an anthologized kabbalistic commentary, is distinguished not only by the high quality of its penmanship and its excellent state of preservation but by the presence on several folios of notes and prayers in the hand of none other than R. Joseph Hayyim of Baghdad! These texts, which appear yet to have been published, focus mainly on the liturgy of the High Holidays and Sukkot, including a discussion of the process of nesirah (separation and reconfiguration of the Sefirot) that takes place during this period. Sources cited include the Sefer emet le-ya‘akov (Livorno, 1843-1844) of Rabbi Jacob Shealtiel Ninio, the Sefer zimrat ha-arets (Jerusalem, 1892) of Rabbi Abigdor Azriel, as well as the works of Luria Ashkenazi. It would seem, then, that these handwritten notes were added by R. Joseph Hayyim sometime in the late nineteenth or early twentieth century.

R. Joseph Hayyim wrote on several occasions that he was not able to print significant parts of his oeuvre due to financial constraints. Indeed, though over a century has passed since his demise, many works remain in manuscript, scattered in collections in Israel, America, and elsewhere. The present prayer book not only bears the distinction of having been used by the Ben ish hai himself but also contains a treasure trove of his unpublished reflections on the liturgy of the holiest days of the Jewish calendar. While any original handwritten material from R. Joseph Hayyim is considered by many to be imbued with an ineluctable level of sanctity that serves as a source of both metaphysical protection and blessing, how much more so would this be true of the comments in the present siddur, which, if printed, would surely bring great merit to all those involved!

Sotheby’s is grateful to Shalom Hillel for providing information that aided in the cataloging of this manuscript.