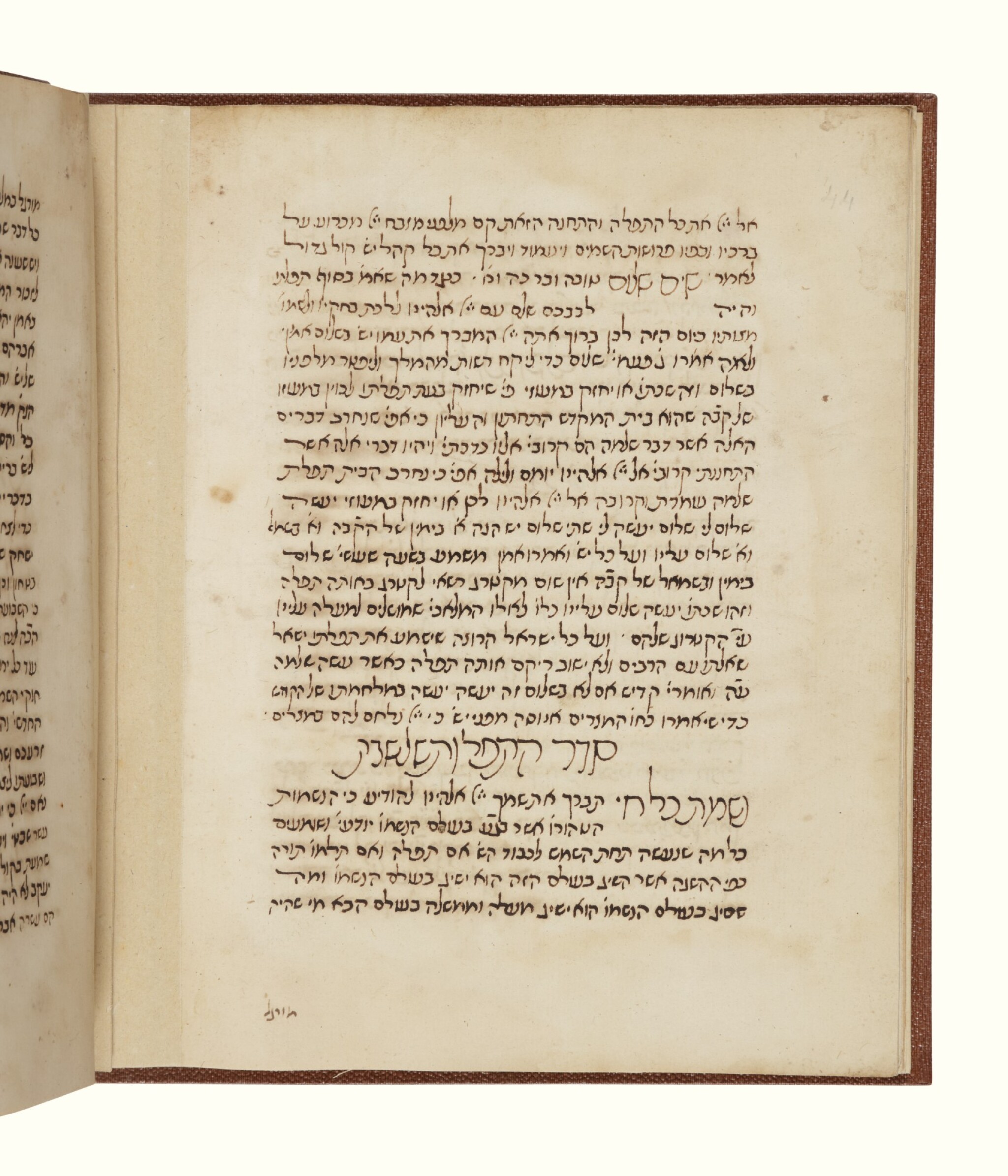 An unpublished esoteric exploration of the daily and Sabbath liturgy.

The present work constitutes an extended meditation on the mystical symbolism of Jewish prayer. Beginning with a discussion of the meaning of various divine epithets, the text proceeds to analyze each passage in the daily and Sabbath morning liturgies, from Yishtabbah (or Nishmat on the Sabbath) through the Amidah, before returning to treat the beginning of the weekday evening service. The fact that the last leaf of the volume comments on the Rosh Hashanah Amidah suggests that the original work was significantly longer than what has come down to us.

The text makes regular reference to the kabbalistic doctrine of the Ten Sefirot, to the supernal worlds, and to olam ha-ba (the future world). One particularly interesting passage toward the end of the codex (p. 57), in commenting on the words ra’ah ve-hitkin tsurat ha-levanah from the Sabbath morning service, interprets this sentence as a reference to God having seen the four hurbanot (destructions): those of the First and Second Temples, “the destruction of the exiles in France, and the destruction of the exiles from Jerusalem dwelling in Spain.” It seems likely that the author was himself expelled from the Iberian Peninsula. Indeed, modern analysis of the language used here has shown that it bears a strong resemblance to that of Rabbi Joseph Taitatsak (1465-1546), a Spanish exile who became one of the premier halakhists and kabbalists of sixteenth-century Salonika. Thorough study of the volume would surely yield further insight into the theological-spiritual world of Sephardic Jewry in this critical, tumultuous period of its history.

Sotheby’s is grateful to Aryeh Ne’eman for providing information that aided in the cataloging of this manuscript.