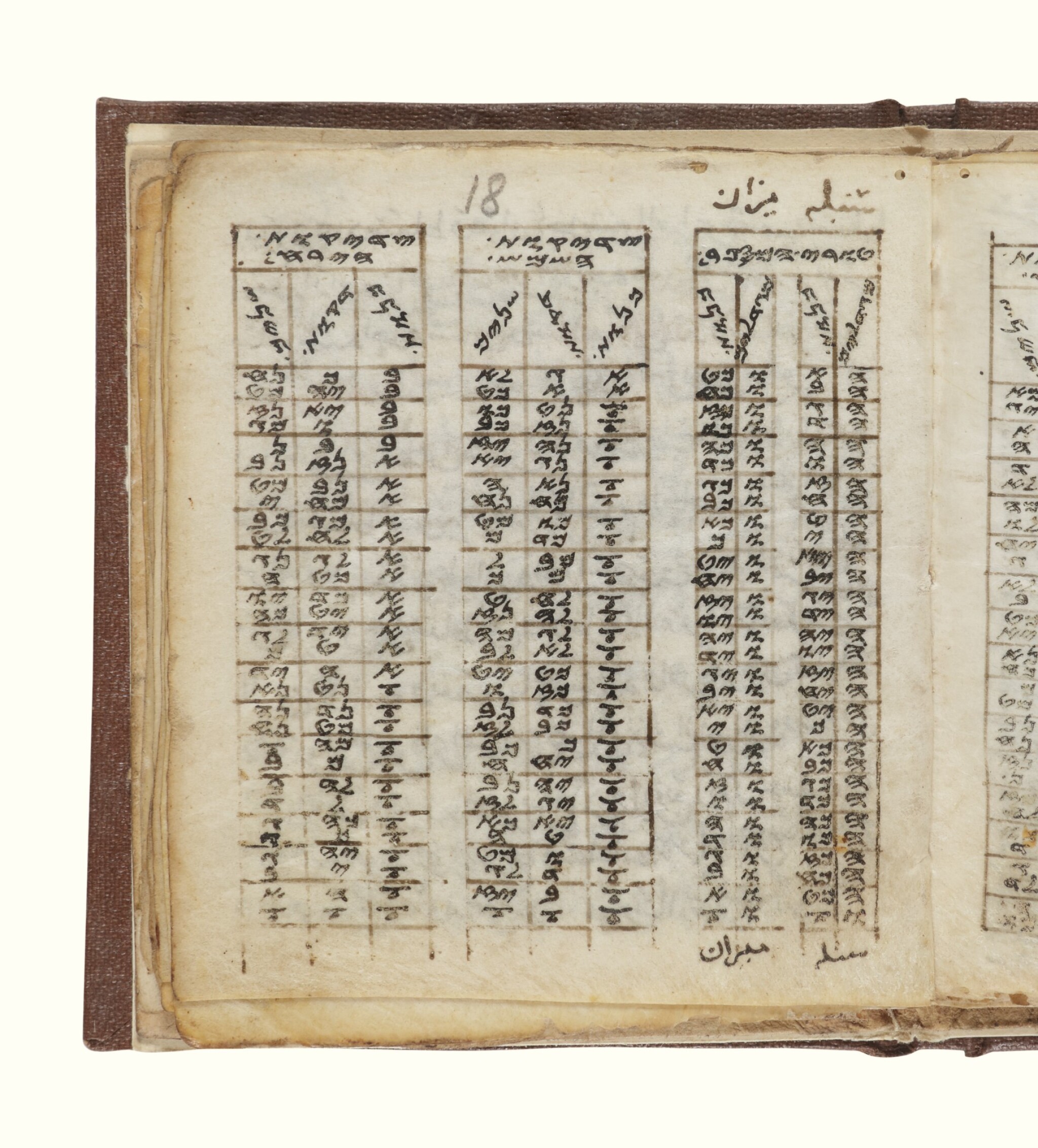 One of the oldest surviving manuscripts for the calculation of the Samaritan calendar.

Dating back more than 2,500 years, the Samaritans are the longest-lived religious sect in Israelite/Jewish history; today, their traditions, beliefs, and practices are still maintained by a small community of approximately eight hundred souls. As they have for nearly their entire existence, many Samaritans currently live in the vicinity of the biblical city of Shechem (Nablus), near Mount Gerizim on the West Bank. The mountain is central to Samaritan worship and is the site of the group’s annual Passover sacrifice.

The present work, known by its Samaritan Aramaic title Ishban kashtah (=Heshbon kushta; True Reckoning), features a series of calendrical tables written in the distinctive Samaritan alphabet, with explanatory text provided in Arabic script. The Samaritan calendar, like the Jewish one, is lunisolar, adding extra (lunar) months seven times every nineteen years in order to ensure that the Passover festival coincides with the (solar) spring. According to Samaritan tradition, the secrets of the calendar and its calculations were transmitted by God through the angels to Adam, from whom they passed to Enoch, Noah, Shem, Eber, Abraham, Isaac, Jacob, Moses, Phinehas, and the priestly line, which continues to safeguard them to this day. Indeed, the Samaritan High Priest issues a new calendar every six months, and each male in the community is required to secure a copy for himself.

Precious few manuscripts of the Ishban kashtah from such an early date as this one have survived. The codex is further distinguished by the presence on its first page of a diagram composed of concentric circles that give the numerical values of the Arabic consonants, the stations of the moon, the zodiacal signs, and the four seasons, among other data points. If the owner recorded on p. 4 is to be identified with a member of the famous Danfi scribal family active in Shechem in the seventeenth and eighteenth centuries, that would lend even further prestige to this already important witness to late medieval Samaritan religious culture.