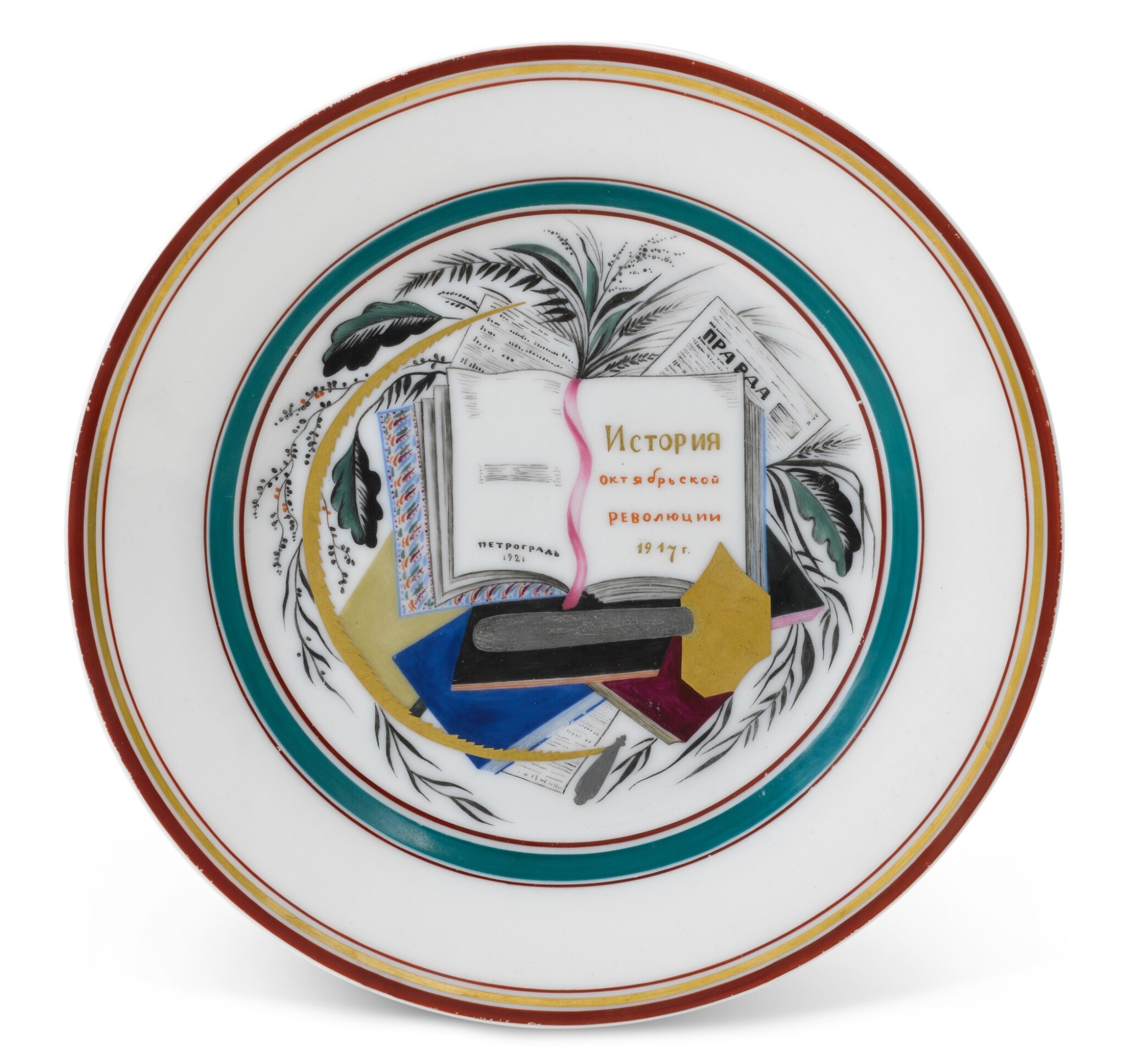 after a design by Zinaida Kobyletskaya, the white cavetto painted with the titled open book inscribed in gold ‘History’ in Russian, surrounded with finely painted branches, with gilt hammer and sickle, with books and a Pravda newspaper, within green and red rims, the border with gilt and red rims, marked on the underside with blue hammer, sickle and cog dated 1921, with green Imperial cypher of Alexander III