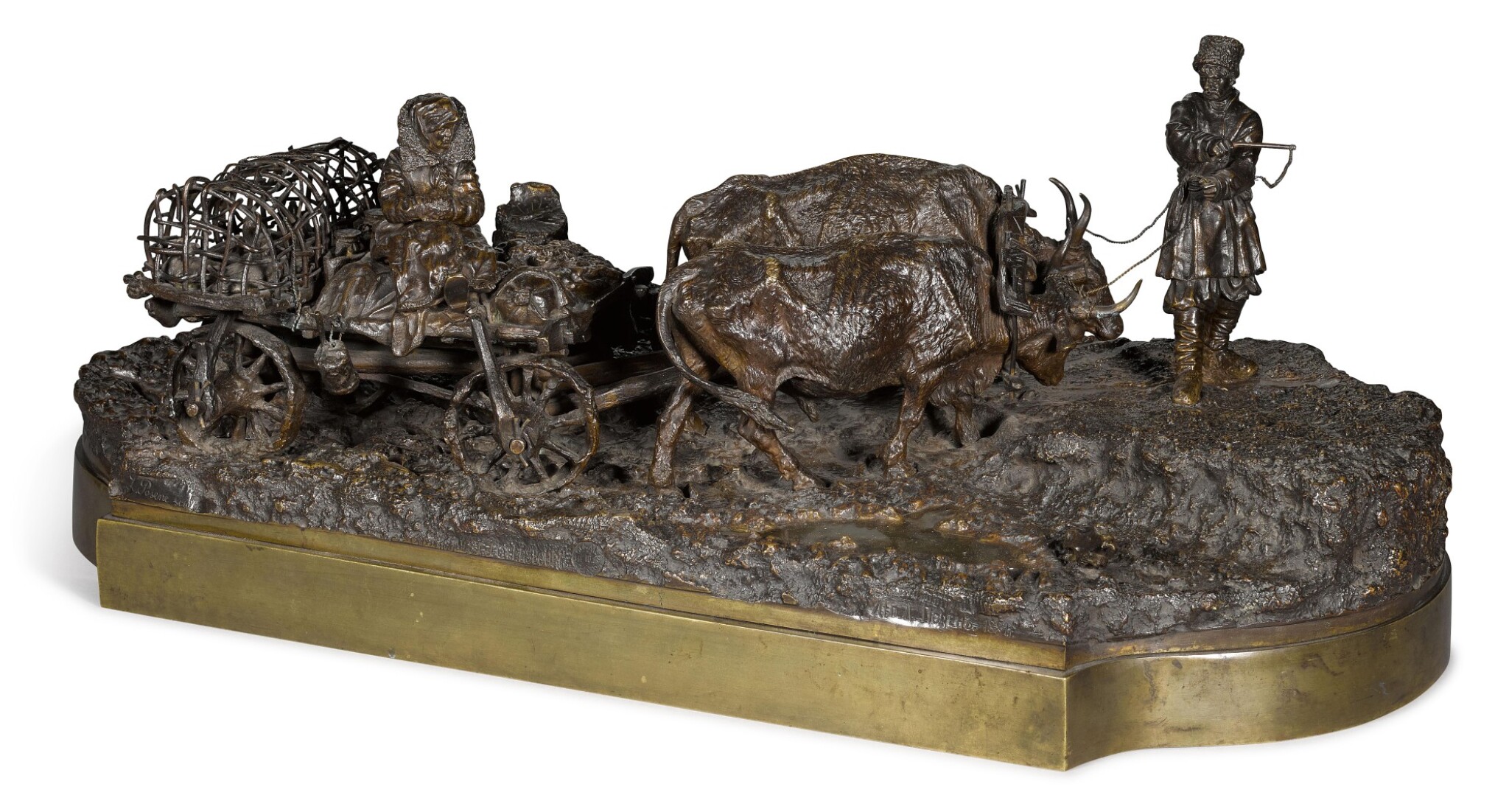 Astonishingly self-taught, sculptor Leonid Vladimirovich Posen never enjoyed a formal artistic training. After having studied law at the Imperial University of St Petersburg, Posen followed a career in the Russian judicial system for over forty years. At a young age, Posen would model his first sculptures with the material at hand, rye bread. Later, as an adult, he would turn to wax. The sculptor pursued the arts independently by copying the works of master sculptors Lieberich and Lanceray before moving onto sculpting from life. While Lieberich’s focus lay in hunting and Lanceray’s predilection was horses, Posen on the other hand, as can be seen in the present lot, made the humble peasant the centre of his art. The artist’s talent did not go unnoticed as in 1882 the Peredvizhniki accepted him as one of their own and invited him to exhibit his works in their exhibitions. The sculptor also caught the attention of the Academy of Arts which invited Posen to become a member, which he initially declined, citing that he had not had a formal artistic education.

Perhaps best remembered for his monuments to literary giants Nikolai Gogol and Ivan Kotlyarevsky in Poltava, Ukraine, Posen's magnificent technical execution and his humane observation of scenes from everyday Russian life distinguish his works as among the best of Russian sculpture of the late nineteenth and early twentieth centuries.