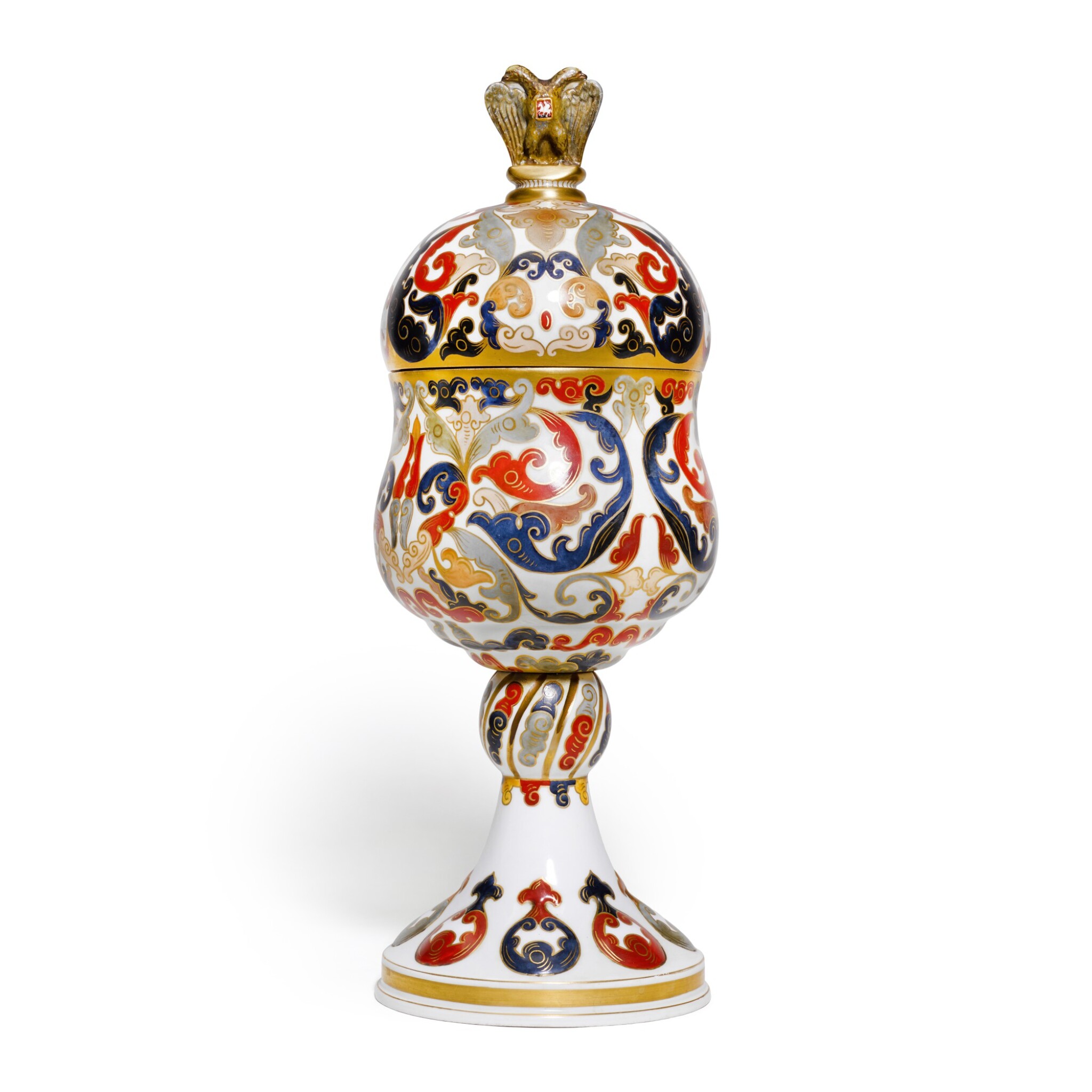 modelled as an 18th century silver covered cup, painted imitating enamelled patterns in red, black, grey and orange colours with gilt borders, the lid with conforming design and a finely modelled finial depicting an Imperial eagle with the shield of St George slaying the dragon, marked on the underside with green Imperial cypher of Nicholas II and dated, together with an original document from Hammer Galleries dated 9 November 1938

The accompanying Hammer galleries document 'JH545' states this porcelain cup was once in the collection of Emperor Nicholas II in the Alexander Palace, Tsarskoe Selo.

The rare form of this covered cup relates directly to the lobed covered cups created in the Moscow workshops, circa 1740-1760, all of which also terminate in an Imperial double-headed eagle. Examples of these lobed covered cups can be found in the Moscow Kremlin Museum's Armoury Chamber. These 18th century designs also inspired enamelled versions by Feodor Rückert in the period contemporary with the present cup (see Sotheby's New York, 26 April 2006, lot 214). These lobed coloured cups by Rückert reinvented traditional silver covered cups in a variety of enamel shades and can be seen as a further influence on the brightly-painted, lobed body of the present rare covered cup.