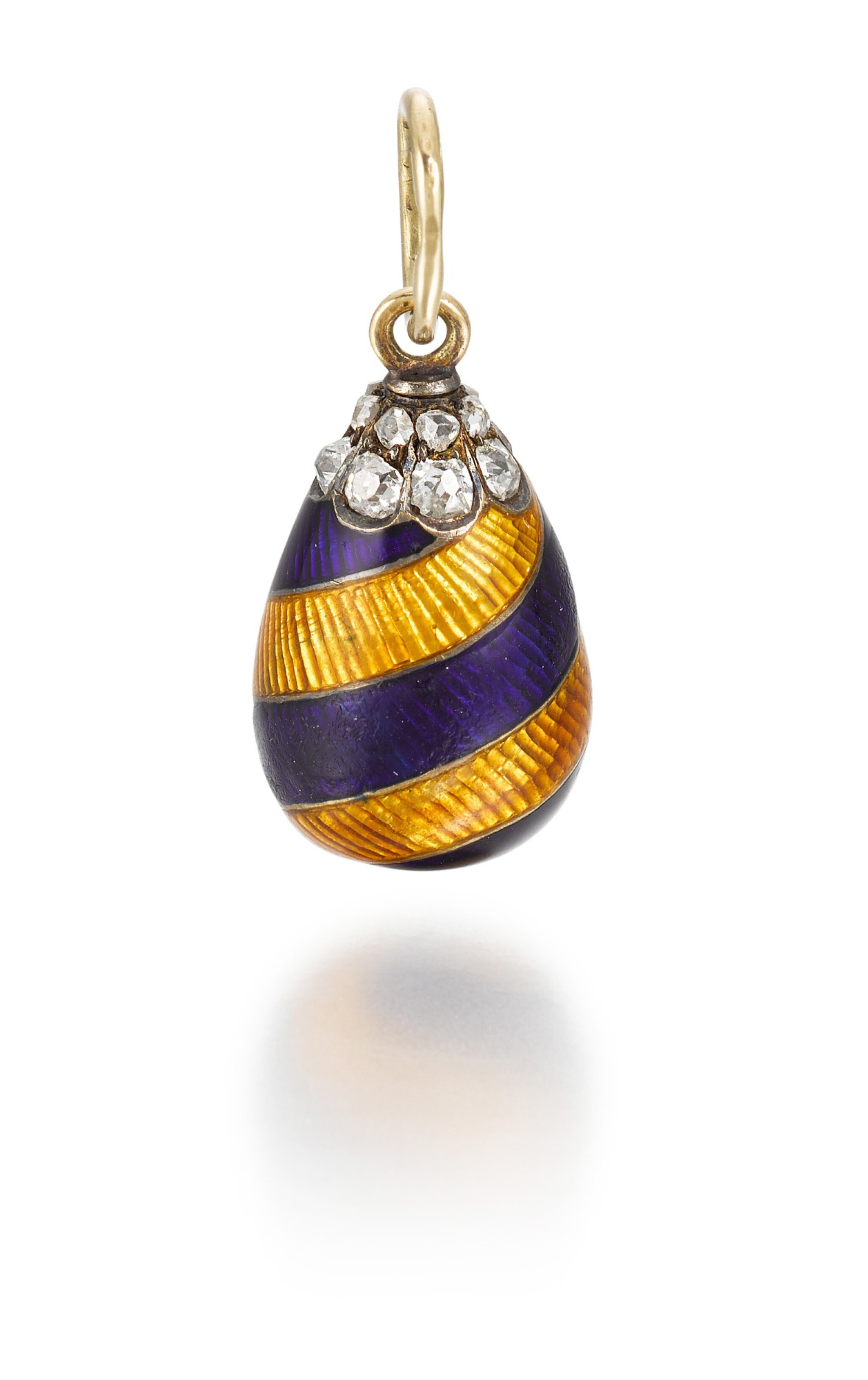 enamelled in dark blue and orange swirls over engine-turned ground, the cap set with two bands of rose-cut diamonds, struck on the loop with workmaster’s initials, 56 standard

According to H.C. Bainbridge, manager of Fabergé's London shop, the idea to use this blue and orange colour scheme was the result of numerous requests made each year just before Newmarket, Ascot and Derby time, for suitable gifts for Leopold de Rothschild. When the first shipment of items enamelled in these colours arrived at the London shop from St Petersburg, Bainbridge was exceedingly pleased and excited. He relates that:

"I ran straight off to New Court and showed them to Mr. Leopold, who said, `Splendid! I will take the lot.' ... Whenever he wanted to say `Good morning!' `I like you!' or `Don't bother me any more!' he simply slipped a dark blue and yellow Fabergé object into his friend's pocket."

Leopold de Rothschild (1845-1917) was the third son of Baron Lionel de Rothschild MP, and great grandson of Mayer Amschel Rothschild. He purchased Ascott in Buckinghamshire in 1876 in order to turn it into a hunting lodge and during the following years the house was enlarged and transformed into a family home. Mary Gladstone, daughter of the Prime Minister, William Gladstone, described Ascott as 'the most luxurious and lovely thing I ever saw.' Numerous small objets de luxe were produced by Fabergé in these Rothschild racing colours and the drawings of many of them from the Wigström workshop are reproduced by U. Tillander-Godenhielm et al., Golden Years of Fabergé, Drawings and Objects from the Wigström Workshop, New York, 2000. The offered lot is a particularly rare occurrence of these colours on a pendant egg.