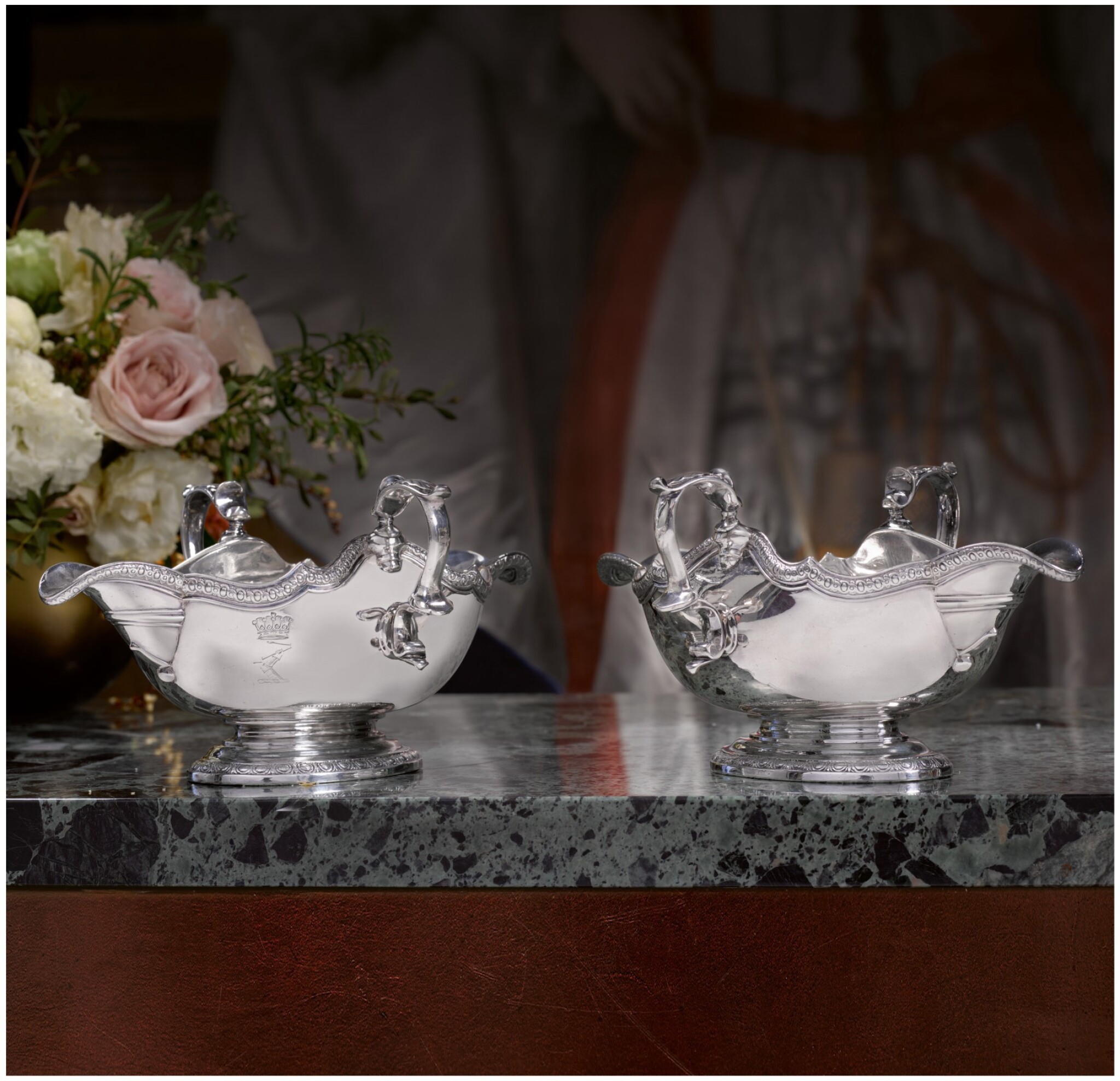 the waved rims with borders of entrelac de rubans matched on the oval bases, leaf-capped scroll handles, each engraved twice with crests under earl's coronet

good condition, a little bright, but handsome model and rare form by Lamerie

John Carmichael, 3rd Earl of Hyndford was the son of James, 2nd Earl, and of Lady Elizabeth Maitland, only daughter of John, 5th Earl of Lauderdale. He succeeded in 1737 on his father's death. He was chosen by George II to mediate between Frederick of Prussia (Frederick the Great) and Maria Theresa of Austria in the early part of the War of Austrian succession, with the titles of envoy extraordinaire and plenipotentiary. A 1742 treaty at Breslau ended the First Silesian War,though the larger war continued.

Having shown his diplomatic skill, Hyndford was used elsewhere. In 1744 he went on a special mission to Russia leading to the Treaty of Aix-La-Chapelle. Back in ENgland he became a Privy Councillor and a Lord of the Bedchamber, before going in 1752 to Vienna as ambassador, a role he held until 1764. Hyndofrd married firstly in 1732, Elizabeth, eldest daughter of Admiral Cloudesley Shovell and widow of the first Lord Romney and secondly in 1756, Jean, daughter of Benjamin Vigor. He died without an heir, and the title passed to a cousin.

Frederick the Great presented the Earl with the Silesian Eagle and supposedly a valuable service of silver, part of which may have been the English-style basket by Christian Lieberkühn, Court Silversmith in Berlin, which appeared at auction in 2001 (see Christie’s, London, June 13, 2001, lot 213).