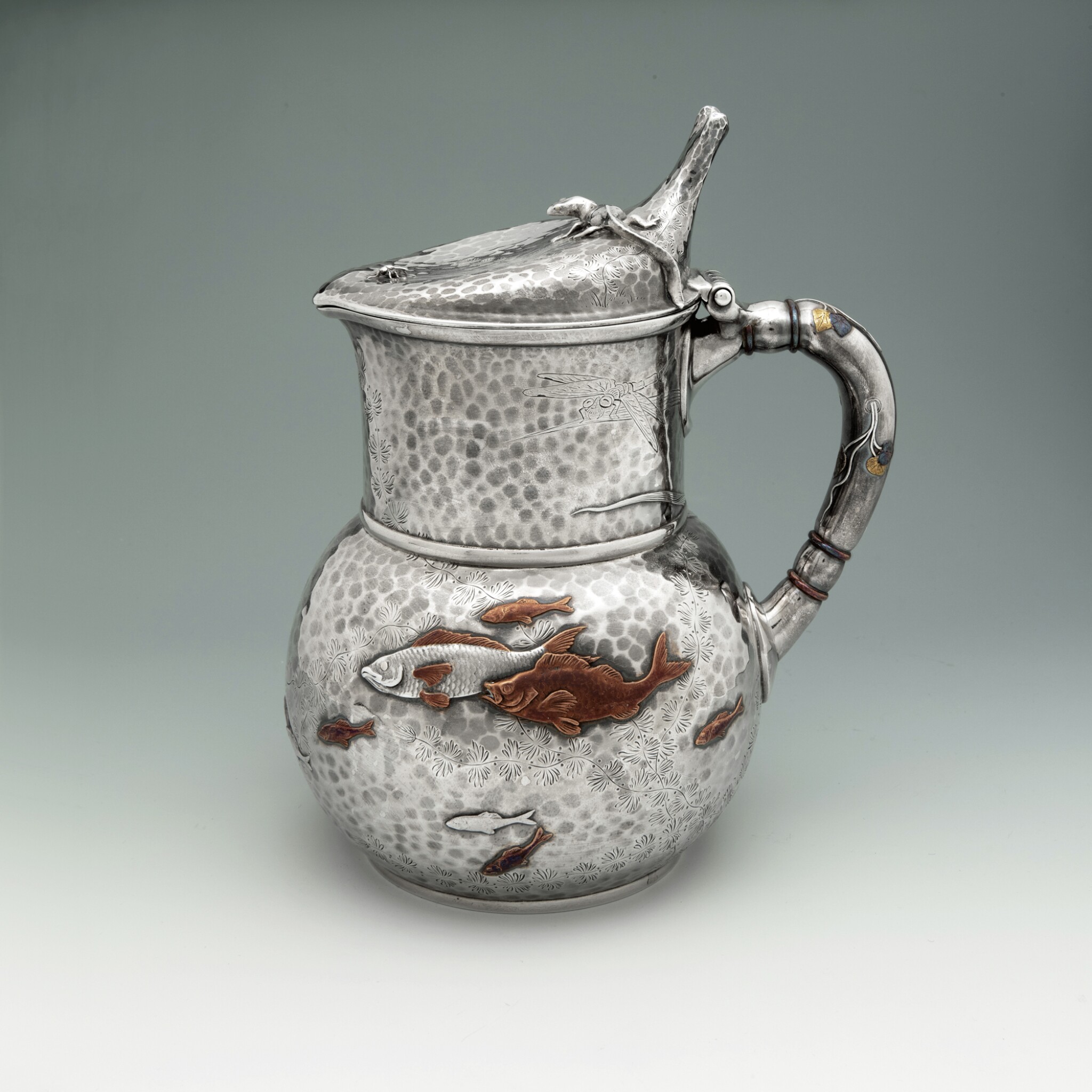 the body applied with silver and copper fish and engraved with a dragonfly, snail, and seaweed, the handle applied with copper and gold water plants, the cover applied with a silver lizard and beetle, marked on base "TIFFANY & C0 MAKERS STERLING SILVER AND OTHER METAL” and numbered 3077-9721, further struck with the hammering and mounting design numbers 104 and 392; with post‑1864 French import mark

In good condition, with typical signs of age and wear.

Among Tiffany's mixed-metal works of the 1870s and 80s, jugs with this profile were one of the most popular and successful. The addition of a shaped and decorated cover makes this example especially uncommon—presumably this was for beer.

A pitcher of similar form and similar decoration, but without lid, is illustrated in an original 1870s photograph from Tiffany's archives in Charles H. Carpenter and Marcy Grace Carpenter's "Tiffany Silver". The authors remark of this item:

One of the most admired pieces at the Paris Exposition [of 1878] was the water pitcher... Drawings of this piece were reproduced in publication all over the world, giving wide publicity to the Japanese style. Tiffany's plant records show that several dozen versions of this pitcher were made in the 1870s and 1880s.