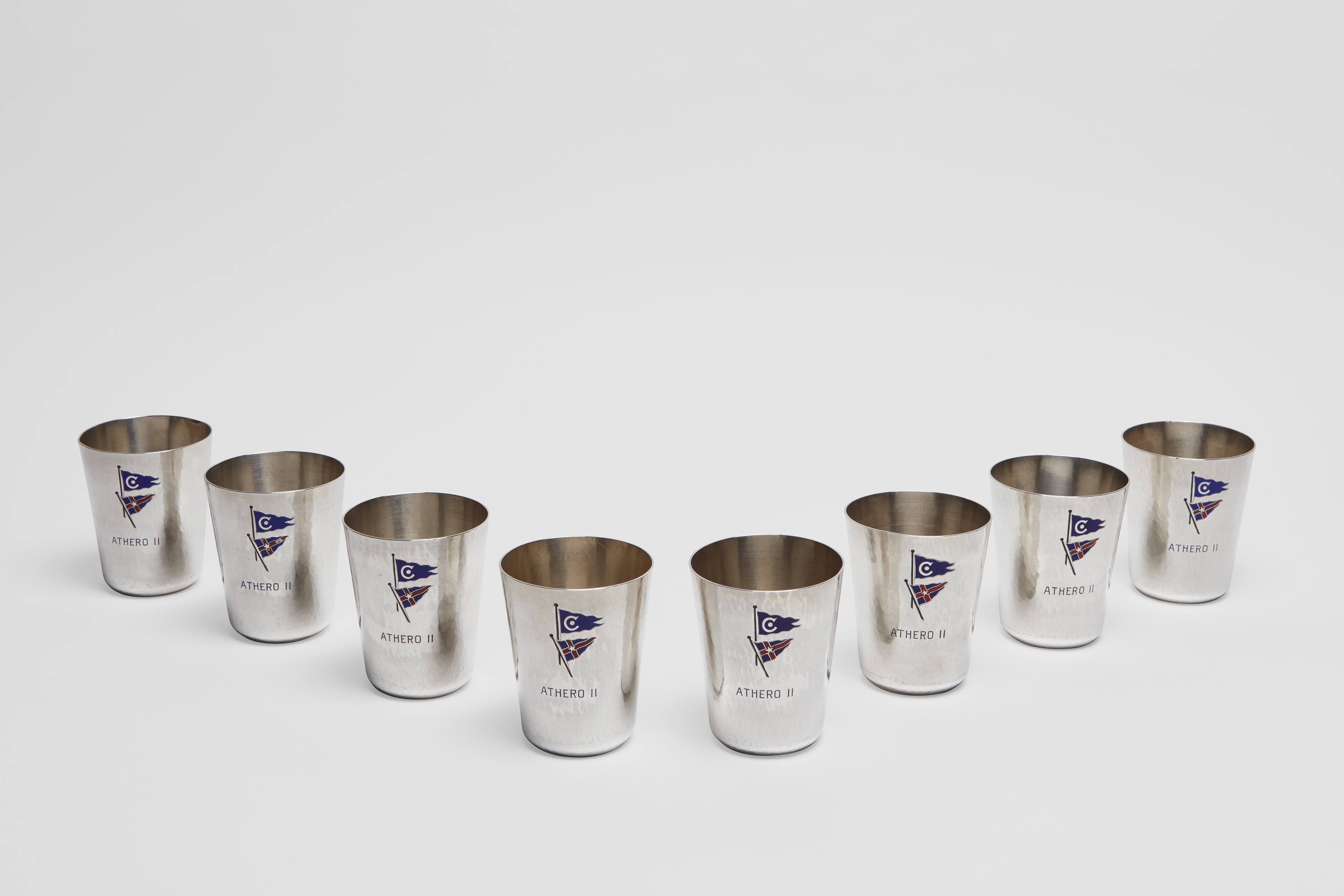 each enameled with yachting flags for the New York Yacht club and the Livermore family and engraved "ATHERO II", marked on bases

Slight damage to a couple of the enamel flags, otherwise in good condition commensurate with age.

This set was commissioned by Jesse Lauriston Livermore (1877-1940) for use on his yacht, Athero II. The Athero II was a 170 foot long yacht designed by Henry J. Gielow and built in 1926 by George Lawley and Sons, Corp., Neponset, MA. The yacht contained six statesrooms, a dining room, living room, and quarters to accomodate a crew of twenty-five. Livermore sold the yacht in 1928 to Eldridge R. Johnson, who renamed it Caroline. The yacht passed through a few other owners until 1940 when it was purchased by the US Navy and renamed the USS Jade. She remained in US Navy service until she sank in 1948.

Jesse Lauriston Livermore was an American stock trader, known as the “Great Bear of Wall Street”, who was considered a pioneer of day trading. He began his career at the age of fourteen by posting stock quotes at the Paine Webber stockbrokerage in Boston. His first big win came in 1901 at the age of 24 when he bought stock in Northern Pacific Railway and turned $10,000 into $500,000. He further ammassed his wealth taking short positions before the 1906 San Francisco earthquake, the Panic of 1907, and the Wall Street Crash of 1929. Livermore was the basis for the main character of Reminiscences of a Stock Operator, the best-selling book by Edwin Lefèvre.