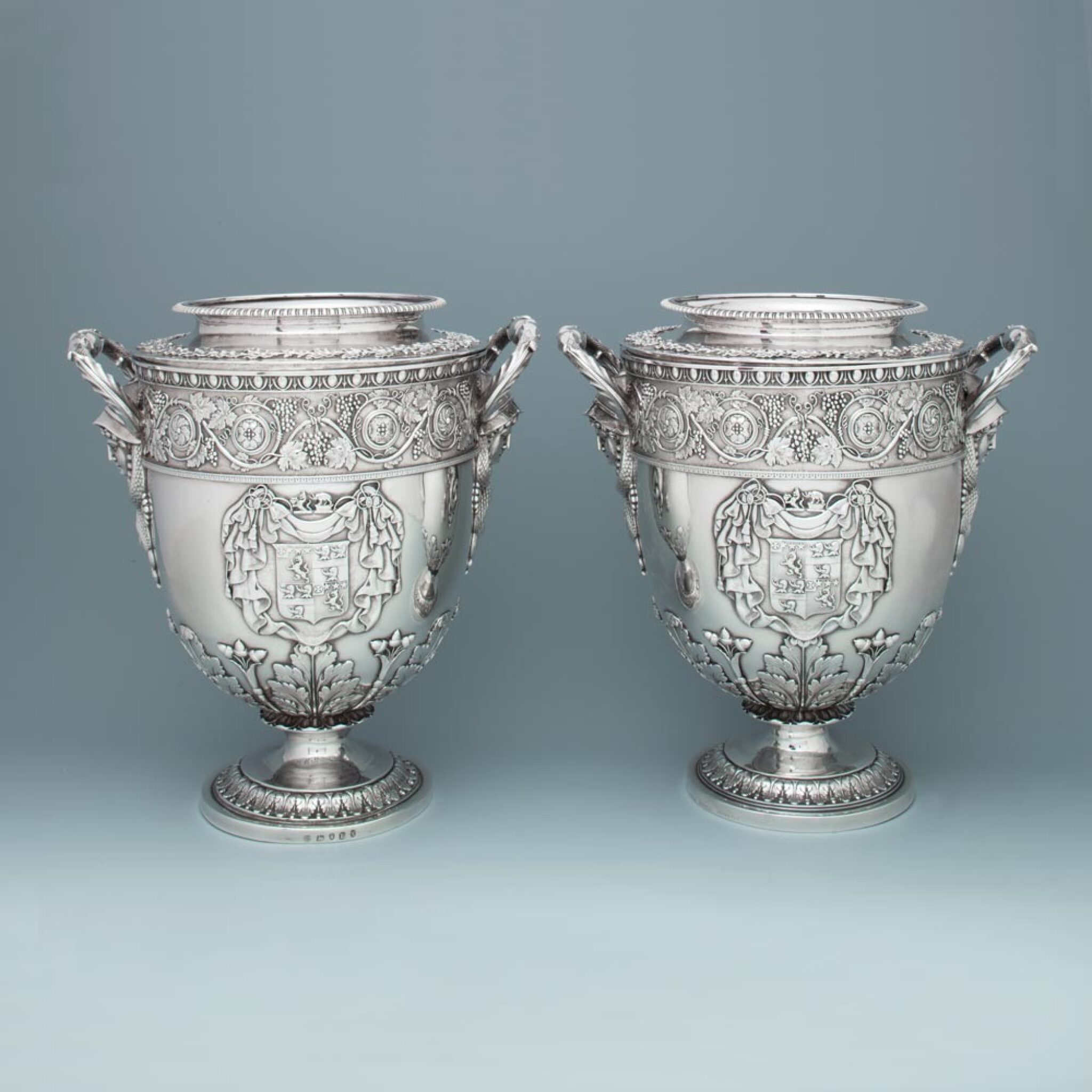 each of vase form on a pedestal foot chased with a band of leaves, the shoulder with scrolling paterae and grapevine below an egg-and-dart rim, applied on both sides with a cast drapery mantle bearing a coat-of-arms, the handles with caduceus and Mercury-masks, the detachable gadrooned rim with oak leaf and acorn wreath decoration with removable liner, marked on foot, collar and liner, one stamped RUNDELL BRIDGE ET RUNDELL AURIFICES REGIS ET PRINCIPIS WALLIAE LONDINI FECERUNT

In good condition, with typical signs of age and wear.

The arms are those of Richard Fountayne-Wilson of Melton Park, Yorkshire (1783-1847), who was described in the Illustrated London News in 1847 as "probably the richest commoner in the Empire." He had “extensive estates in Yorkshire” and acquired land in other counties through inheritance. Fountayne-Wilson was educated at Eton and Trinity College, and held a variety of offices, including the High Sheriff of Yorkshire in 1807, Colonel of the First West Yorkshire Regiment of Militia, and Member of Parliament from 1826-30. Born Richard Wilson, he changed his name in 1803 to John Fountayne-Wilson by Royal Licence in order to inherit the Papplewick estate from his grandfather, Frederick Montagu. (see Burke, J., "Wilson, Richard Fountayne, Esq. at Melton," in The Patrician, 1847, 4, pp. 298.)

These wine coolers were once part of a dinner service of exceptional quality sold by Wilson's descendant, Captain Frederick Montagu, at Christie's in 1946. The service included four wine coolers, a pair of soup tureens and matching sauce tureens. The soup tureens were formerly in the Fowler Collection, in Los Angeles.