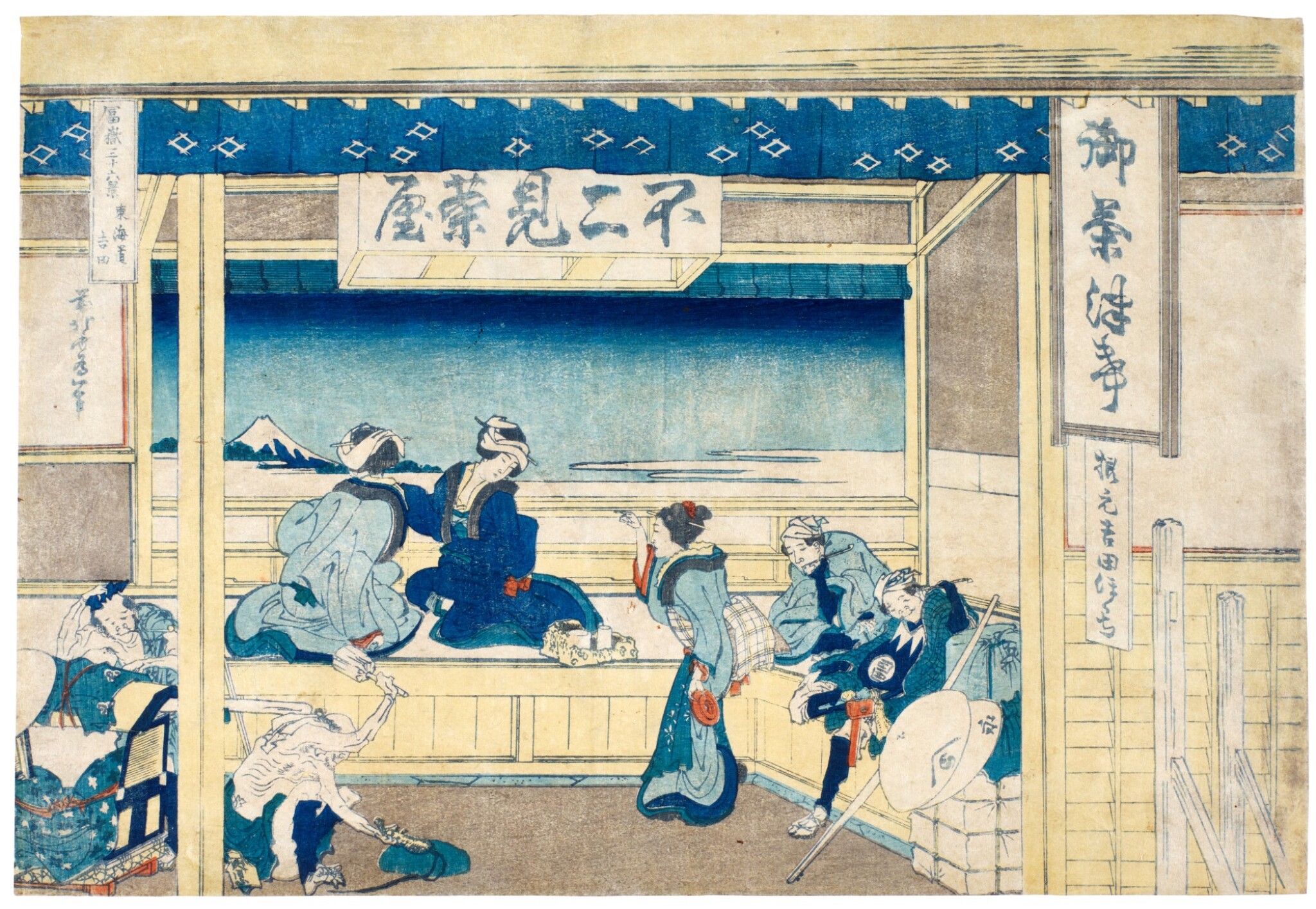 YOSHIDA ON THE TOKAIDO (TOKAIDO YOSHIDA)

Two women, clad in elegant fur-trimmed robes, recline on a bench overlooking Mount Fuji in the distance. One of the women, her face turned away from the viewer, appears to be gazing towards the view, while her companion looks towards a third woman. The latter is a waitress and the location is a tea-house, its name revealed by the text written on the lantern hanging from the ceiling, which reads “the tea-house with a view of Mount Fuji” (Fujimi chaya), in Yoshida, a station on the Tokaido road which connected Edo with Kyoto. The other guests include two exhausted travellers slumped and resting against their bags, their hats decorated with the emblem of the print’s publisher, Nishimuraya, and the character Ei, a reference to publishing house, Eijudo. Two palanquin bearers, presumably employed by the female guests, whose demeanours expose the hardship of their labours, are also present. In this teahouse, people from all walks of life cross paths to share the same reward: to take respite and find peace under the auspicious shade of Mount Fuji.