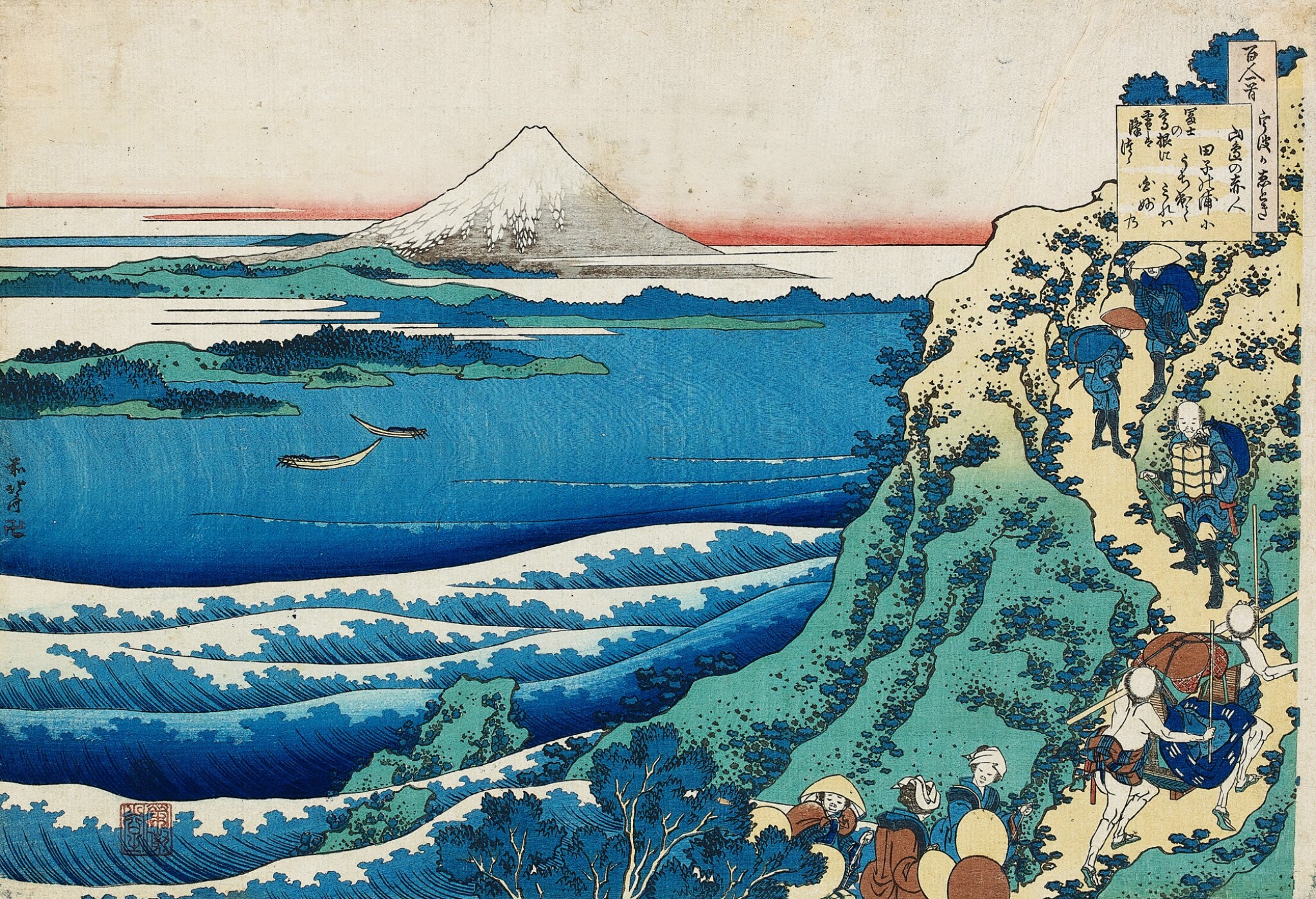 POEM BY YAMABE NO AKAHITO

woodblock print, from the series The Hundred Poems [By the Hundred Poets] as Told by the Nurse (Hyakunin isshu uba ga etoki), signed saki no Hokusai manji, published by Nishimuraya Yohachi (Eijudo), censor's seal kiwame, circa 1835-36

Good impression and colour, slight toning, a few small restorations, slight crease to top right, some thinning of paper to right-hand corner, a few small marks in the sky above Mount Fuji, tape residue and red Sakai seal to reverse

The poem in this print was written by Yamabe no Akahito (active 724-36) and describes the poet’s view of snowy Mount Fuji on his journey from the beach of Tago (translation by Joshua Mostow):

As I set out on

The beach of Tago, and look

I see the snow constantly falling

On the high peak of Fuji

Well-heeled travellers and their servants climb up a steep path along a cliff edge, beneath which choppy waters break against rocks. While being precarious, the route offers an exceptional view of distant Mount Fuji, its silvery hue dramatically standing out against the blue water in the middle-ground and the band of red sky on the horizon.

For a similar impression in The Museum of Fine Arts, Boston, see accession no. 11.17667