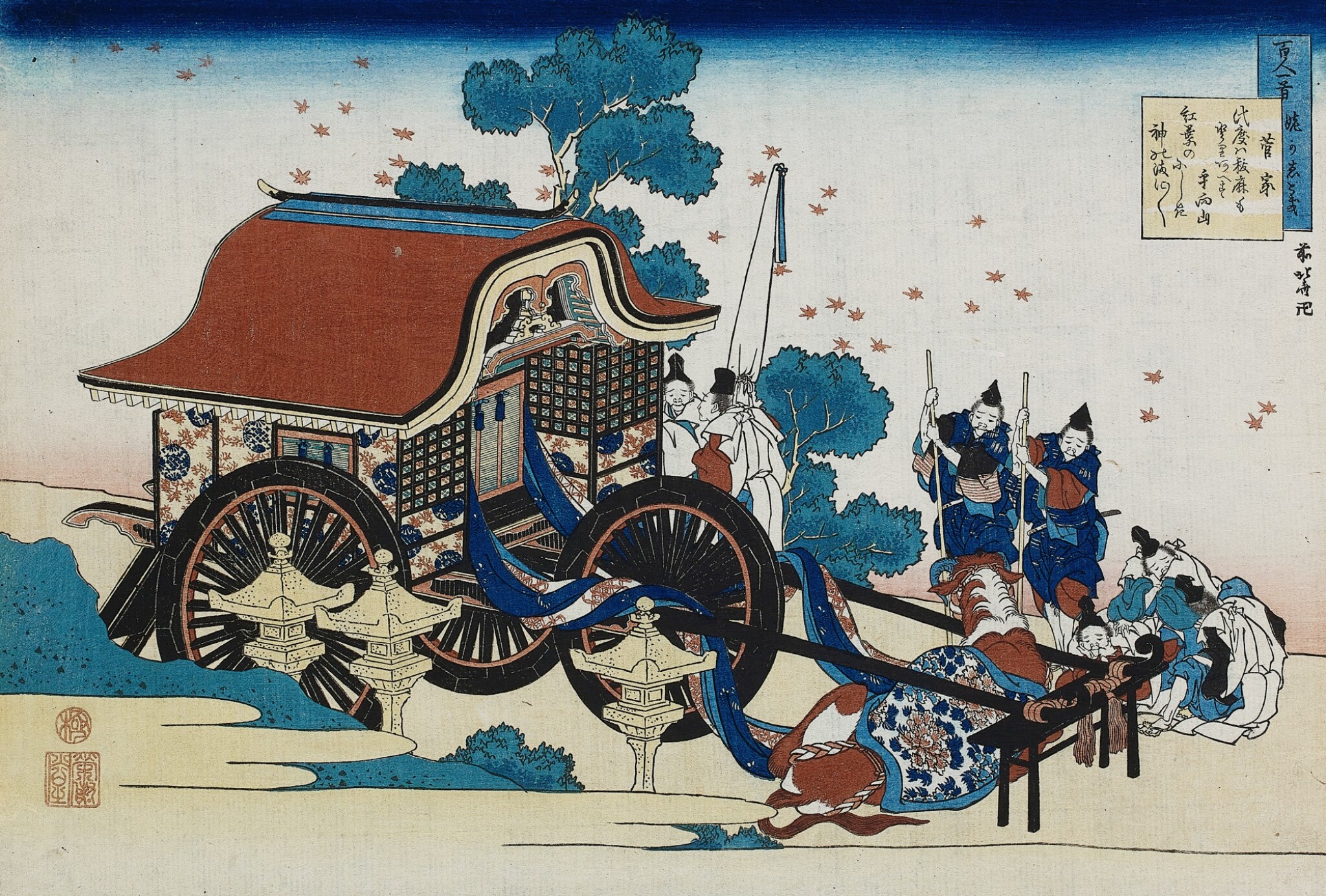 woodblock print, from the series The Hundred Poems [By the Hundred Poets] as Told by the Nurse (Hyakunin isshu uba ga etoki), signed saki no Hokusai manji, published by Iseya Sanjiro (Eijudo), censor's seal kiwame, circa 1835-36

At the present time

since no offering could I bring

a brocade of red leaves

for the pleasure of the gods.

In this print, Hokusai depicted two individual narratives, both pertaining to the poet. The first is Kanke’s narrative, which describes how on a journey with Emperor Uda, whilst stopping at a Shinto shrine, he beheld the falling leaves of a maple tree over Mount Tamuke. Hokusai placed this story to the left-hand side of the print, depicting the Emperor’s magnificently decorated cart beside the entrance to the shrine. The second stems from a legendary description of Kanke’s funeral, which relays how, during the procession, the ox pulling the funeral cart lay down and as an act of mourning and defiance, refused to continue. Hokusai set this story to the right-hand side of the print and depicted the ox, covered in an elaborate textile, resting on the ground.

For a similar impression in The Metropolitan Museum of Art, see accession no. JP5.