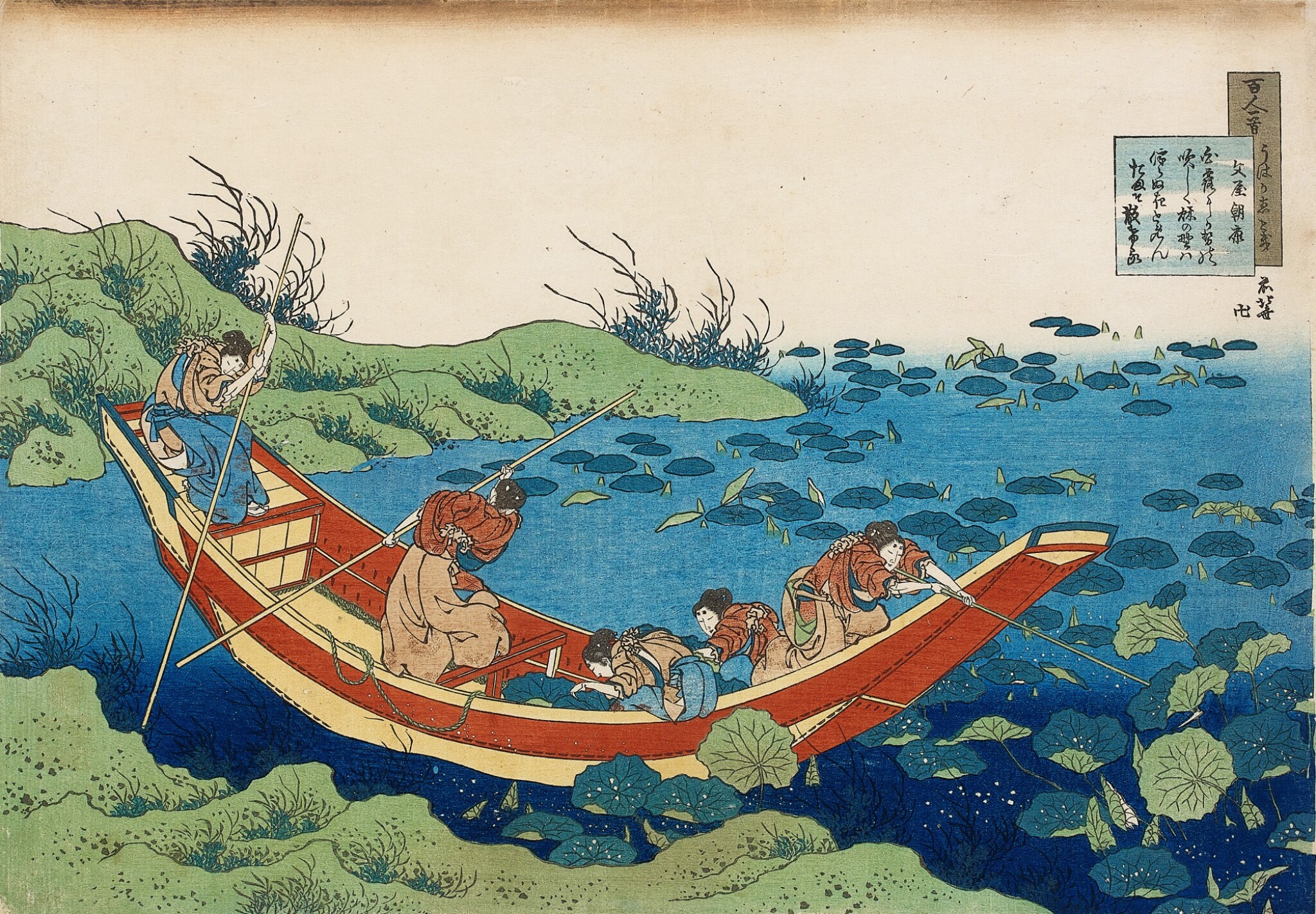 woodblock print, from the series The Hundred Poems [By the Hundred Poets] as Told by the Nurse (Hyakunin isshu uba ga etoki), signed saki no Hokusai manji, no publisher’s seal, published by Iseya Sanjiro, circa 1835-36

This poem is by Bunya no Asayasu (translation by Joshua Mostow):

In the autumn fields

where the wind blows repeatedly

on the white dewdrops,

the gems, not strung together,

do scatter about indeed.

A boat stretches across the width of the lower-half of the composition and is the focus of the print, with the upper half being made up predominantly of an empty expanse of sky. After enjoying an outing out on the lotus-filled waters collecting lotus leaves, five court page-boys endeavour to navigate their way out of a rocky enclosure as a blustery gale develops, blowing through the trees on the nearby headland. Three of the boys attempt to push the boat out using poles, which risk becoming entwined, while the other two desperately try to ensure that the leaves do not fly away.

For another impression at The Metropolitan Museum of Art, see accession no. JP2938