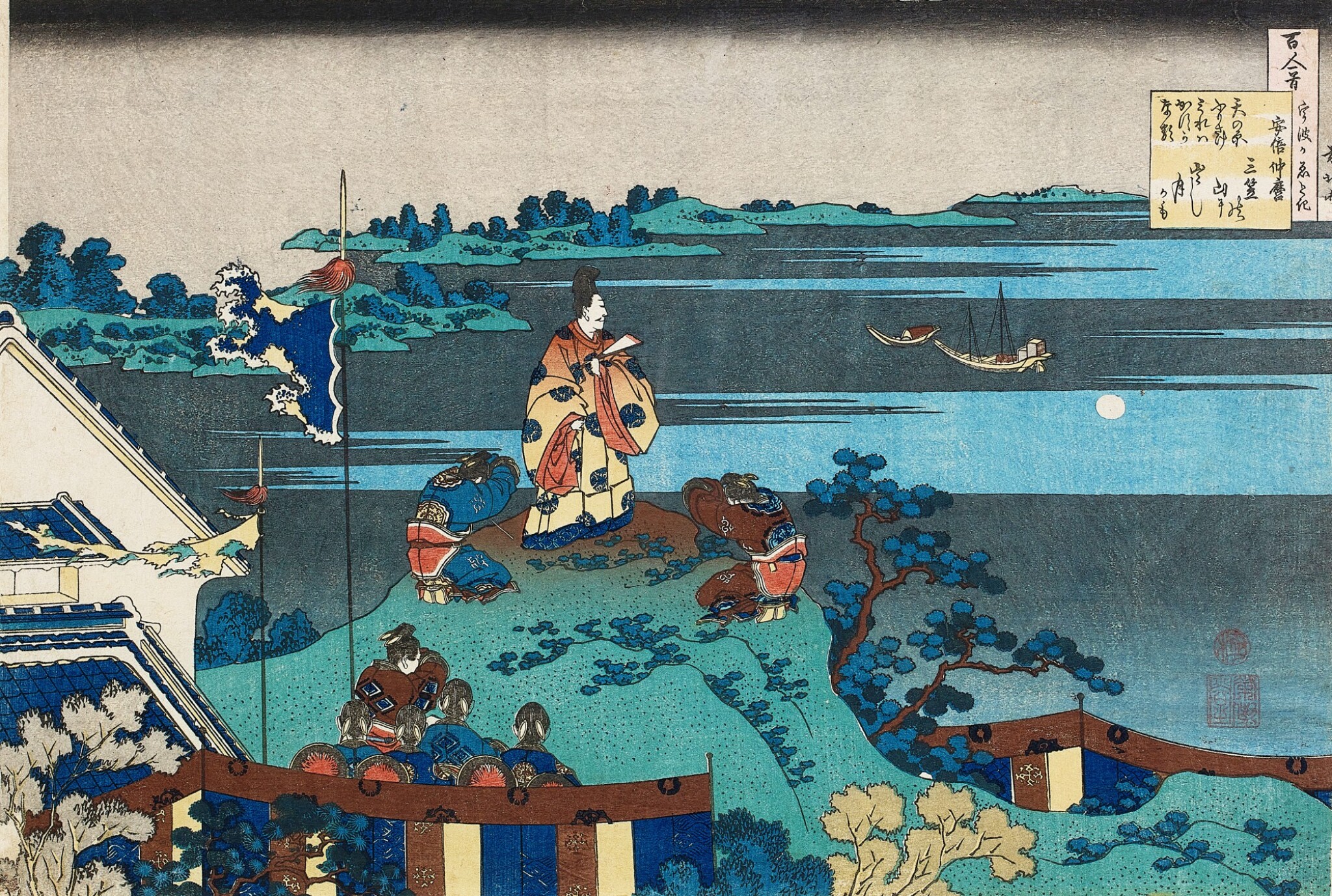 POEM BY ABE NO NAKAMARO

woodblock print, from the series The Hundred Poems [By the Hundred Poets] as Told by the Nurse (Hyakunin isshu uba ga etoki), signed zen Hokusai manji, published by Iseya Sanjiro (Eijudo), and censor's seal kiwame, circa 1835-36

The poem in this print is by Abe no Nakamaro (710-790), who travelled to Japan as a boy to reveal the secrets of the Chinese calendar. On discovering his intentions, the Emperor of China had him arrested. In this poem, Nakamaro dwells on the serene of his homeland.

When I look abroad

O'er the wide-stretched 'Plain of Heaven'

Is the moon the same

That on Mount Mikasa rose,

In the land of Kasuga?”.

Abe no Nakamaro stands upon a hilltop at the centre of the composition. Clothed in an elegant robe, he is flanked by two kneeling soldiers, who respectfully wait for him to finish his verse. The poet longingly looks out towards his homeland, and gazes at the moon, whose serene reflection Hokusai cleverly depicted in the water, its beautiful whiteness standing out against the surrounding blue hues.

For a similar impression in The Museum of Fine Arts, Boston, see accession no. 11.17664