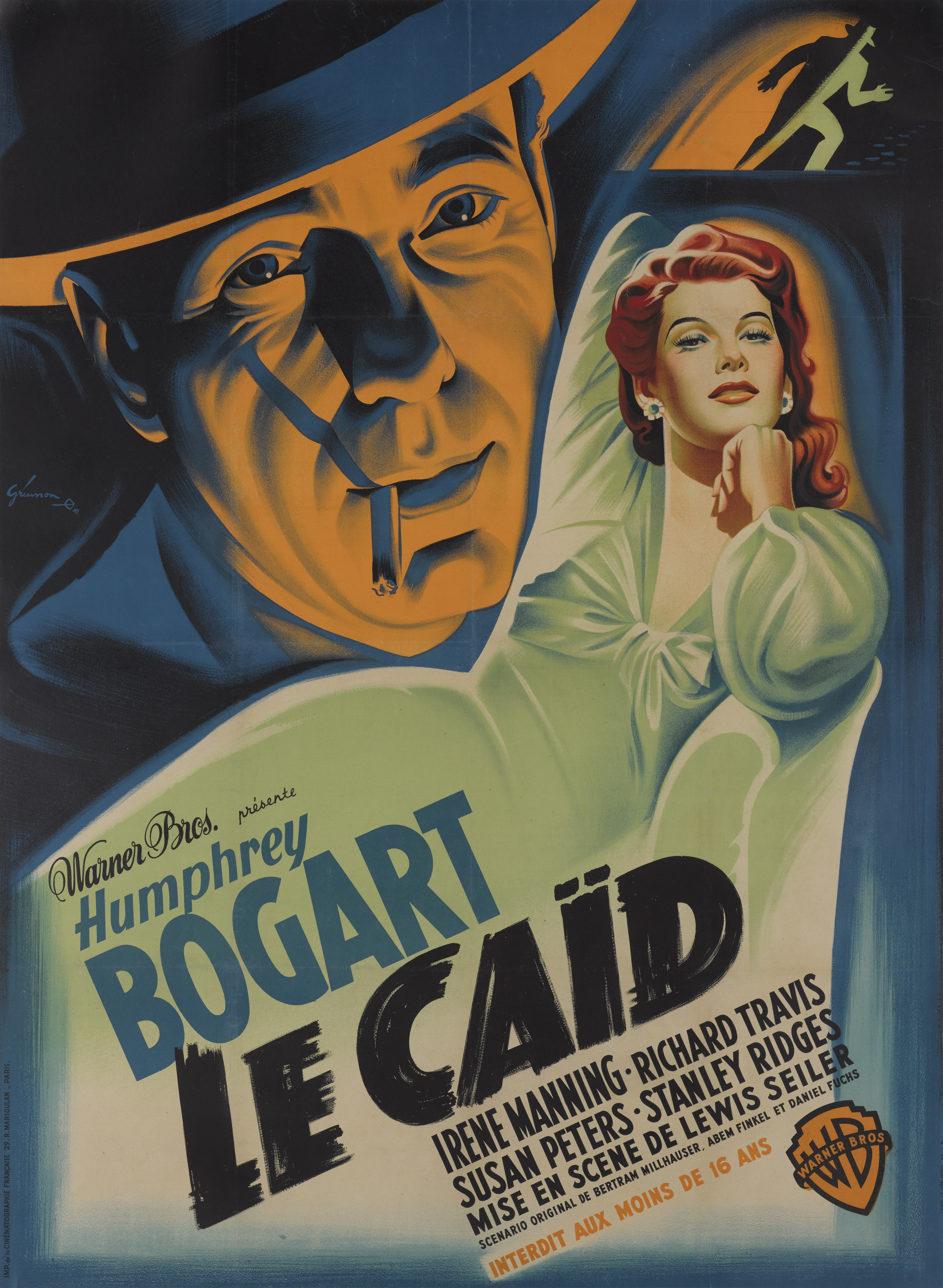 These large French posters were designed to be pasted onto billboards throughout France, and therefore the only ones to have survived were ones that were not used. Not only is this poster by one of the most celebrated French artists Boris Grinsson, it is also one of the greatest Humphrey Bogart posters of the 1940s.

Less than twenty of these posters are known to have survived.

This film was released in America in 1942. Owing to World War II it was not shown in France until 1949, by which time Humphrey Bogart was already a huge star, having made several major films since Casablanca.

Very good condition, with the colours remaining very bright. Restoration to folds. There are several small creases in the top section of the poster.