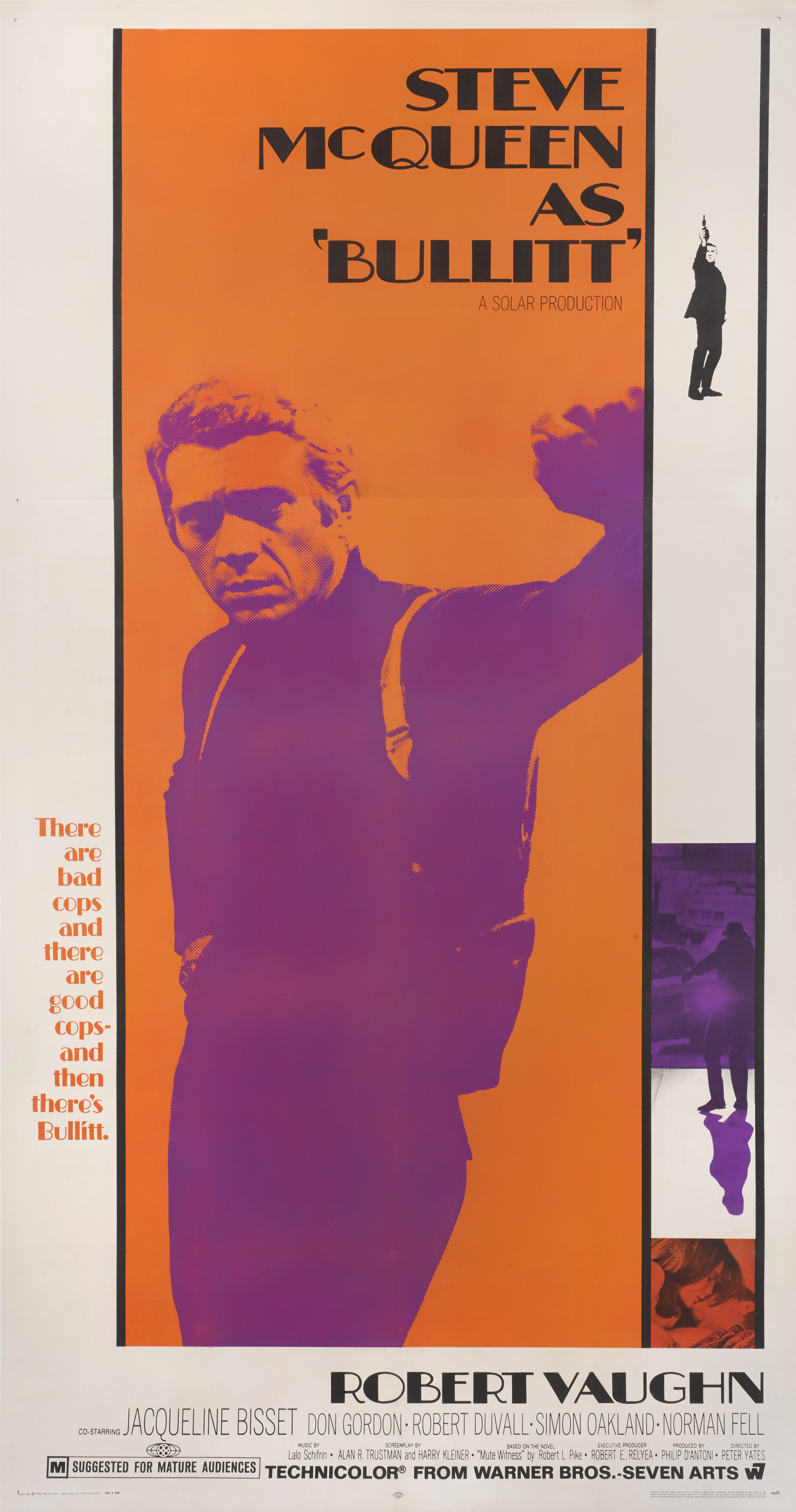 This near life-size image of Steve McQueen as Bullitt is one of the most collected and sought-after posters on this iconic 60s film. The use of just a few colours and its simple, strong vertical lines create a piece with real impact.