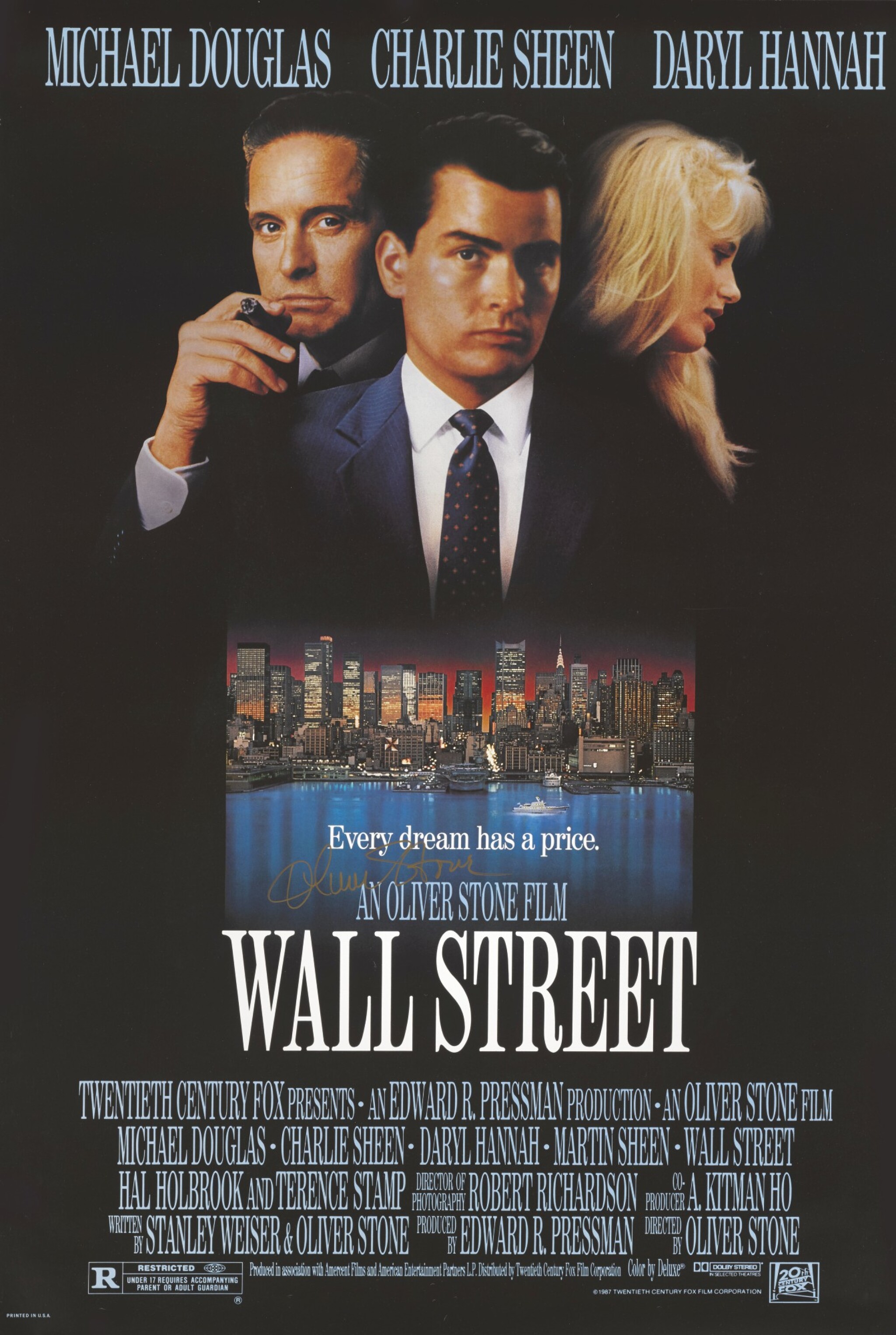 This film was directed by Oliver Stone, and stars Charlie Sheen, Michael Douglas and Tamara Tunie. It tells the story of a ruthless stockbroker, Gordon Gekko (Douglas), who takes the ambitious young Bud Fox (Sheen) under his wing. Michael Douglas won an Oscar for Best Actor in a Leading Role. This poster was signed by Oliver Stone at a premiere in London's Leicester Square. It is rare for anyone to have an original film poster signed, as the majority of signatures are on pieces of paper, photographs and video/dvd sleeves. It is unusual to have the film's poster with you when you try to obtain signatures.

Unfolded. Very good condition, with the colours remaining very bright. There are a couple of minor surface creases.