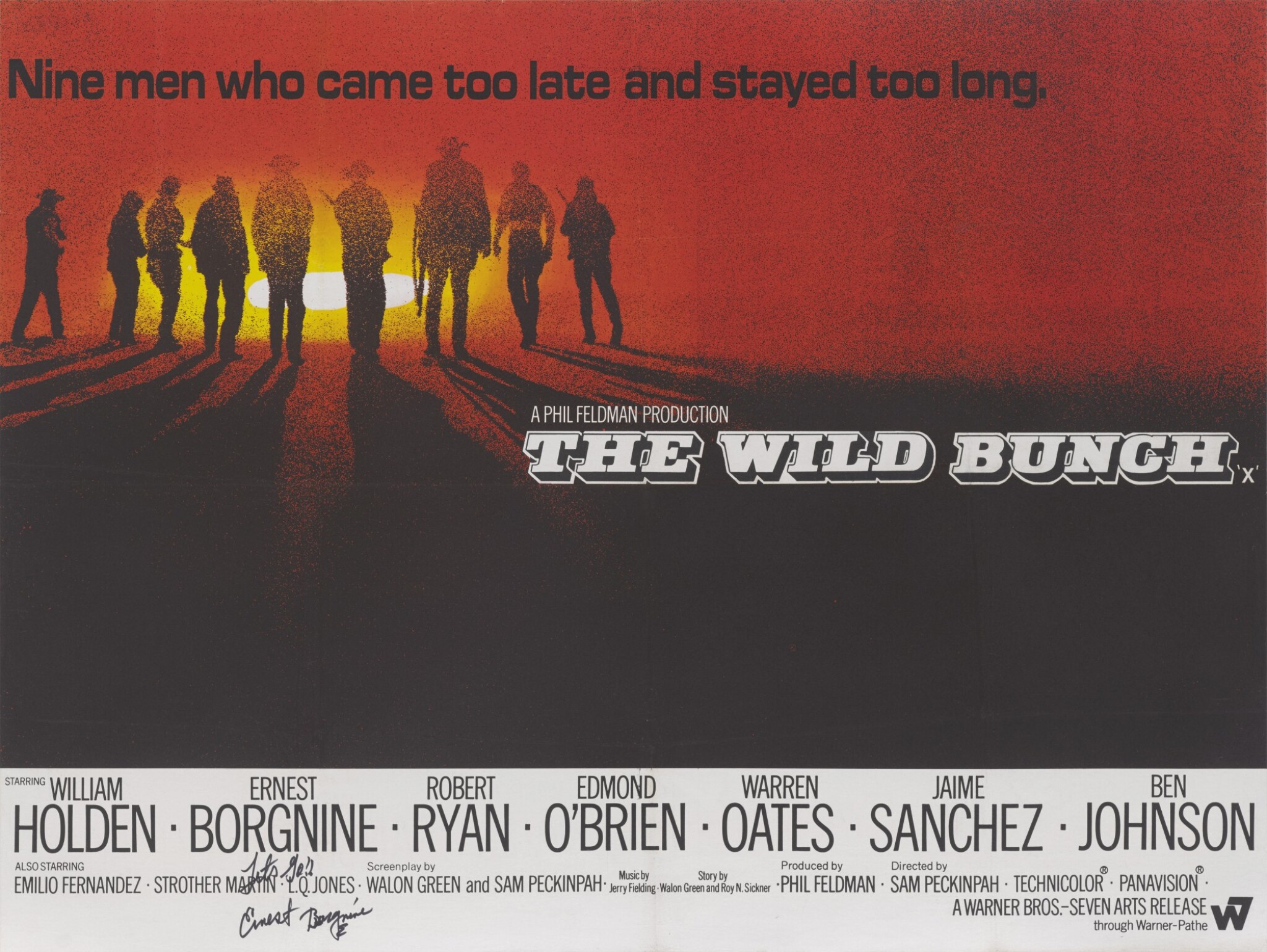 This film was directed by Sam Peckinpah, and stars William Holden, Ernest Borgnine and Robert Ryan. As the traditional American West is dying out, an aging gang, known as The Wild Bunch, head to Mexico after a failed heist, in order to do just one final job. The final scene features one of the most brutal, but brilliant, gunfight scenes in the western genre.

This poster was signed by Ernest Borgnine at a book signing in London. It is rare for anyone to have an original film poster signed, as the majority of signatures are on pieces of paper, photographs and video/dvd sleeves. It is unusual to have the film's poster with you when you try to obtain signatures.