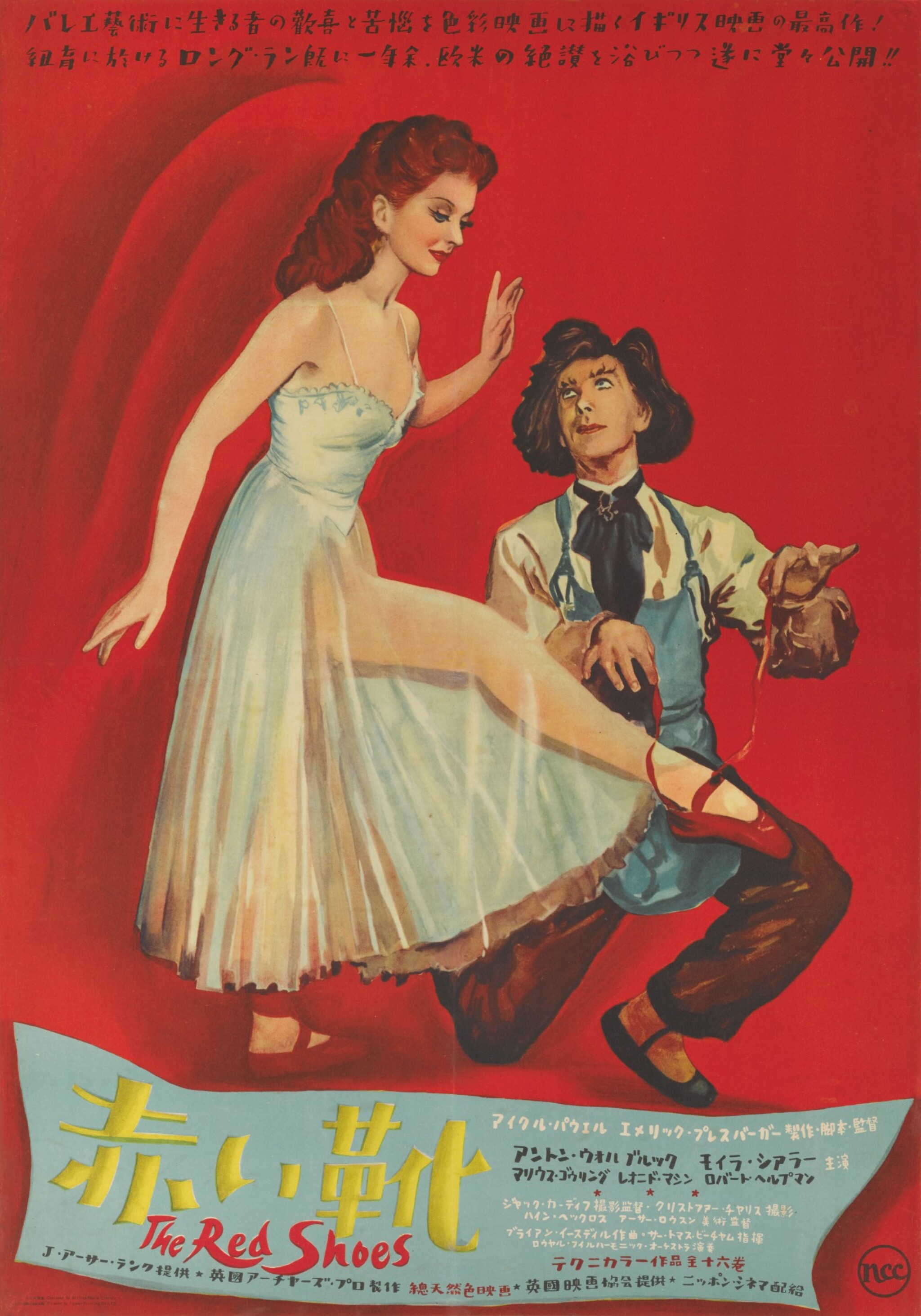 This film was directed and produced by the legendary duo Michael Powell and Emeric Pressburger. The film stars Moira Shearer, Anton Walbrook and Marius Goring, together with well-known dancers from the world of ballet. The film is based on the fairy tale by Hans Christian Andersen and tells the story of a ballerina who is torn between two men - the man she has fallen in love with, and the man who can transform her career. Hitsamitsu Noguchi designed this exceptionally rare Japanese poster, which focuses on Victoria Page, played by Moira Shearer and the shoemaker Ljubov, played by Leonide Massine. Although the piece has a strong red background, the characters themselves have an air of lightness about them. Exceptionally rare Japanese poster that has only surfaced a few times.