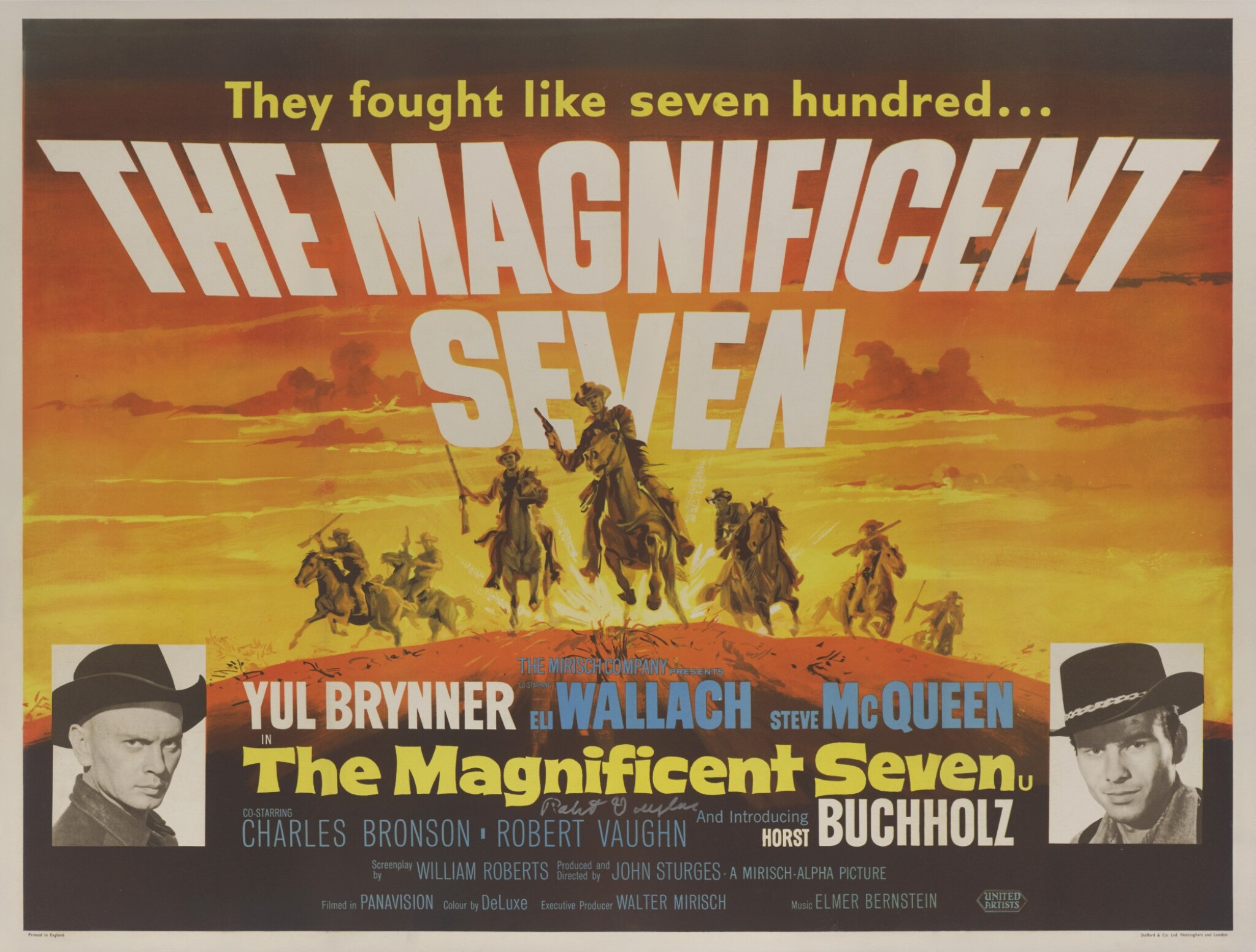 This western is a remake Akira Kurosawa landmark 1954 drama Seven Samurai. The Magnificent Seven, directed by John Sturges, had a wonderful line-up of top actors including Yul Brynner, Eli Wallach, Steve McQueen, Robert Vaughn, Charles Bronson and Brad Dexter. Although the film didn't receive good critical reviews, it has grown in stature over the years, and is now one of the most shown films on American television.

This poster was signed by Robert Vaughn after a performance of Twelve Angry Men in London. It is rare for anyone to have an original film poster signed, as the majority of signatures are on pieces of paper, photographs and video/dvd sleeves. It is unusual to have the film's poster with you when you try to obtain signatures.