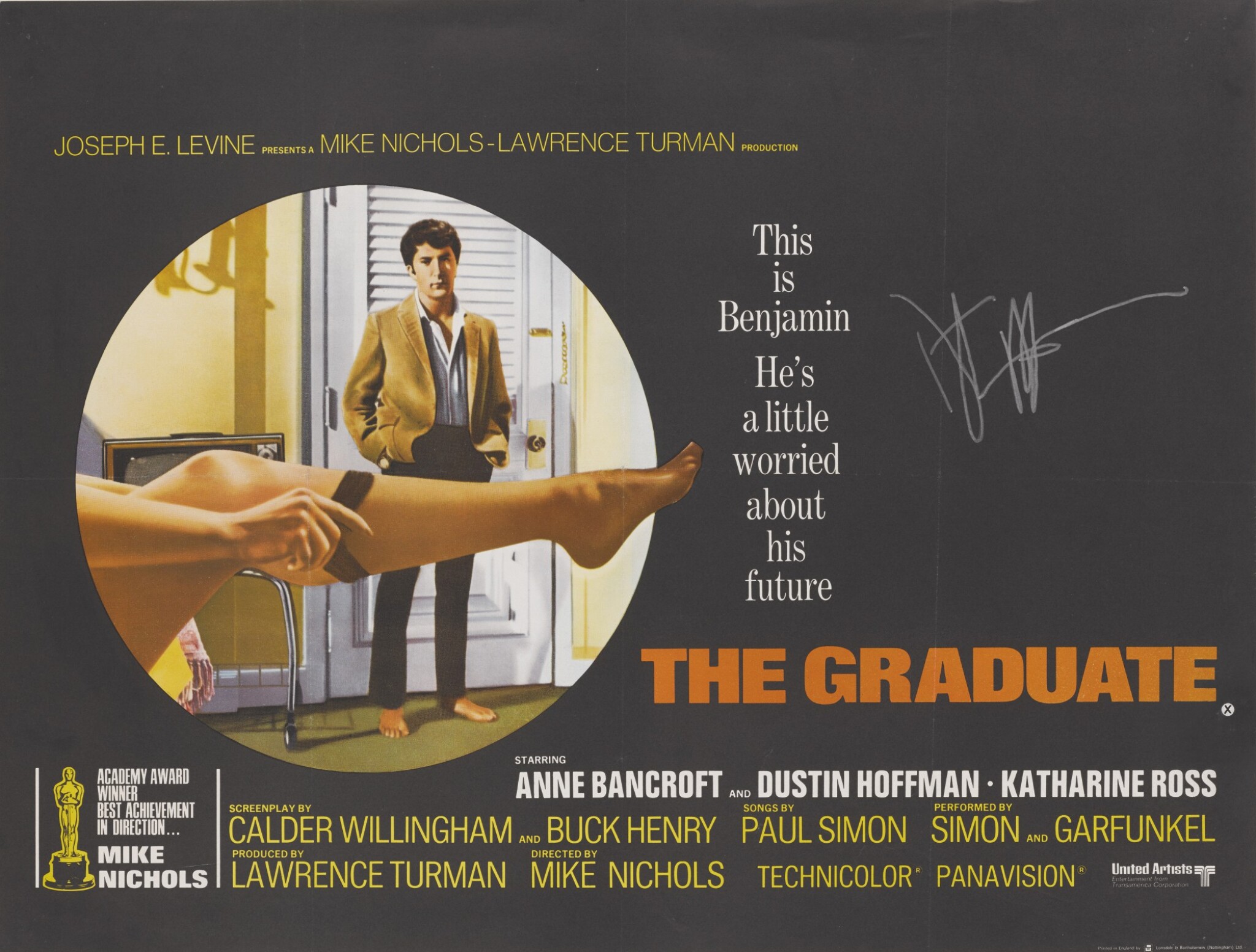 This classic Dustin Hoffman, Anne Bancroft and Katharine Ross film, with its memorable soundtrack performed by Simon and Garfunkel, was directed by Mike Nichols, who won an Academy Award for Best Director. The Graduate is undoubtedly Dustin Hoffman's most famous film. This poster was signed by Hoffman at the London premiere of Last Chance Harvey, making it an extremely special piece. It is rare for anyone to have an original film poster signed, as the majority of signatures are on pieces of paper, photographs and video/dvd sleeves. It is unusual to have the film's poster with you when you try to obtain signatures.