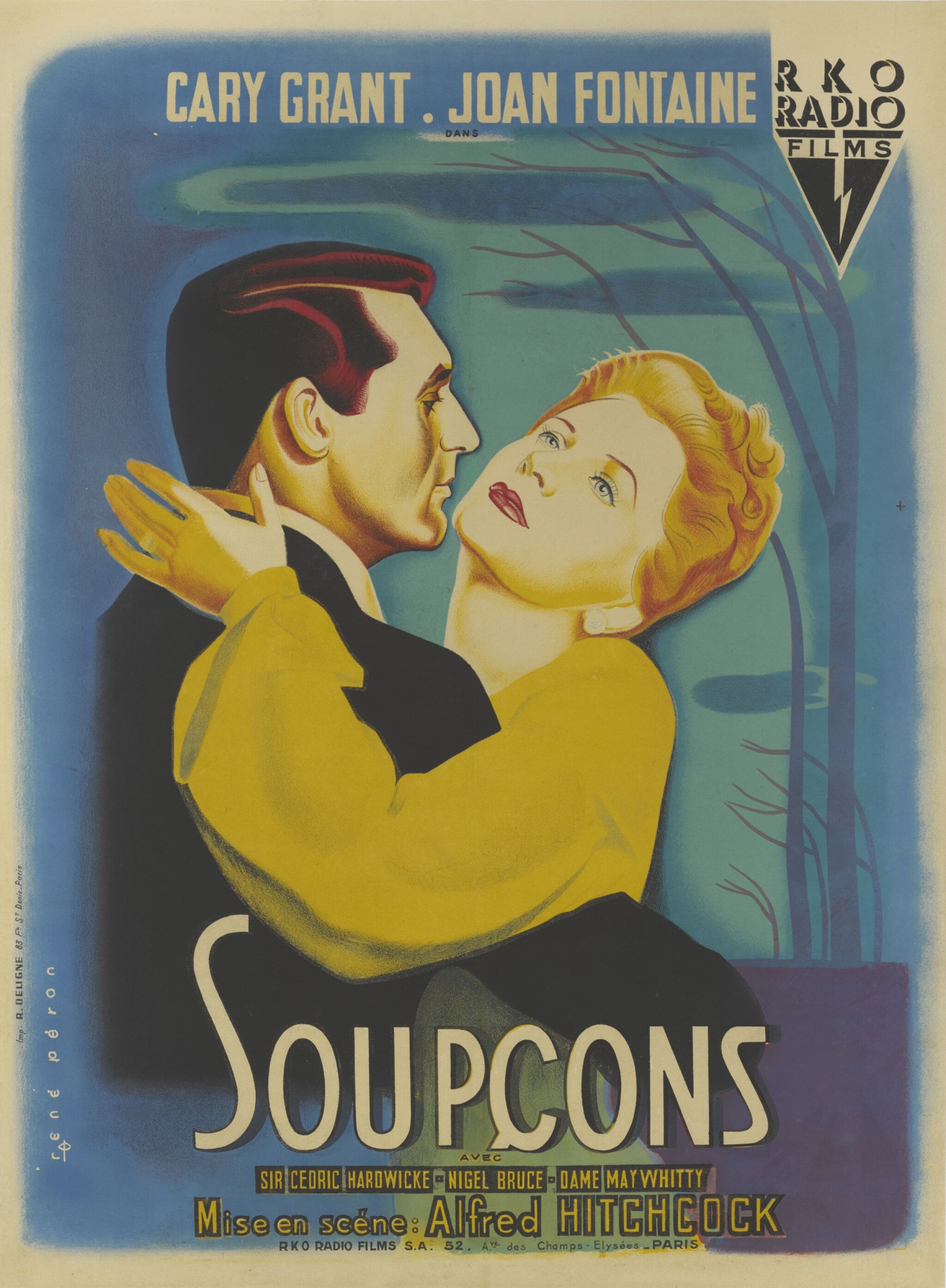 Suspicion applies Alfred Hitchcock's characteristic motives of suspense and psychological tension to a deteriorating marriage. A series of bewildering events lead the wife, played by Joan Fontaine, to suspect that her husband, played by Cary Grant, is plotting to kill her. Rene Peron, designed this stunning poster in his usual bold, yet subtle style, with great use of contrasting colour, to produce a powerful piece. Peron designed a large number of posters between the late 1920s and 1950s, and was influenced by the Art Deco movement. Peron's design for this Hitchcock film is highly sought-after by collectors, and one of the quintessential film posters of the 40s. This poster was previously owned by one of the great poster collectors, who acquired the piece in 1990, and who owned the rights to all RKO films in Australia. Fewer than ten known surviving examples.