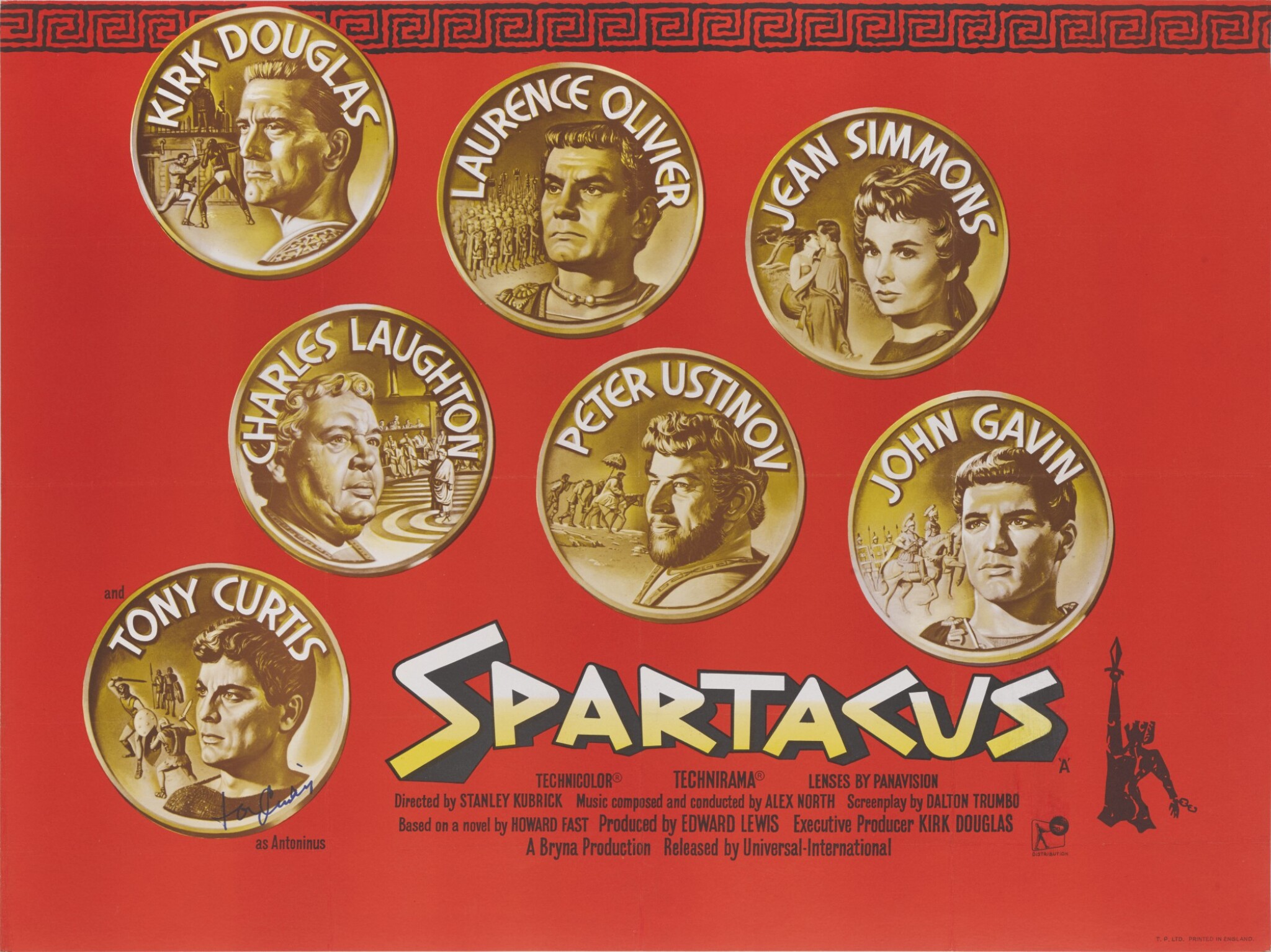 This film was directed by Stanley Kubrick, and stars Kirk Douglas, Laurence Olivier and Jean Simmons. It is an epic historic story set in Roman times, where the slave Spartacus leads a mutiny against the Roman empire. The line 'I am Spartacus' has become synonymous with classic film. This poster was signed by Tony Curtis at a book signing in Harrods. Mr. Sohal caught Tony Curtis's attention, and that of the crowd, by shouting 'I am Spartacus', which made everyone laugh, and Tony Curtis said 'kid, they don't make films like that anymore'. It is rare for anyone to have an original film poster signed, as the majority of signatures are on pieces of paper, photographs and video/dvd sleeves. It is unusual to have the film's poster with you when you try to obtain signatures.

Linen-backed. Very good condition, with the colours remaining very bright. Very minor restoration to folds. There is some faint smudging around the last letter 's' in the title. This smudge must have occurred soon after printing.