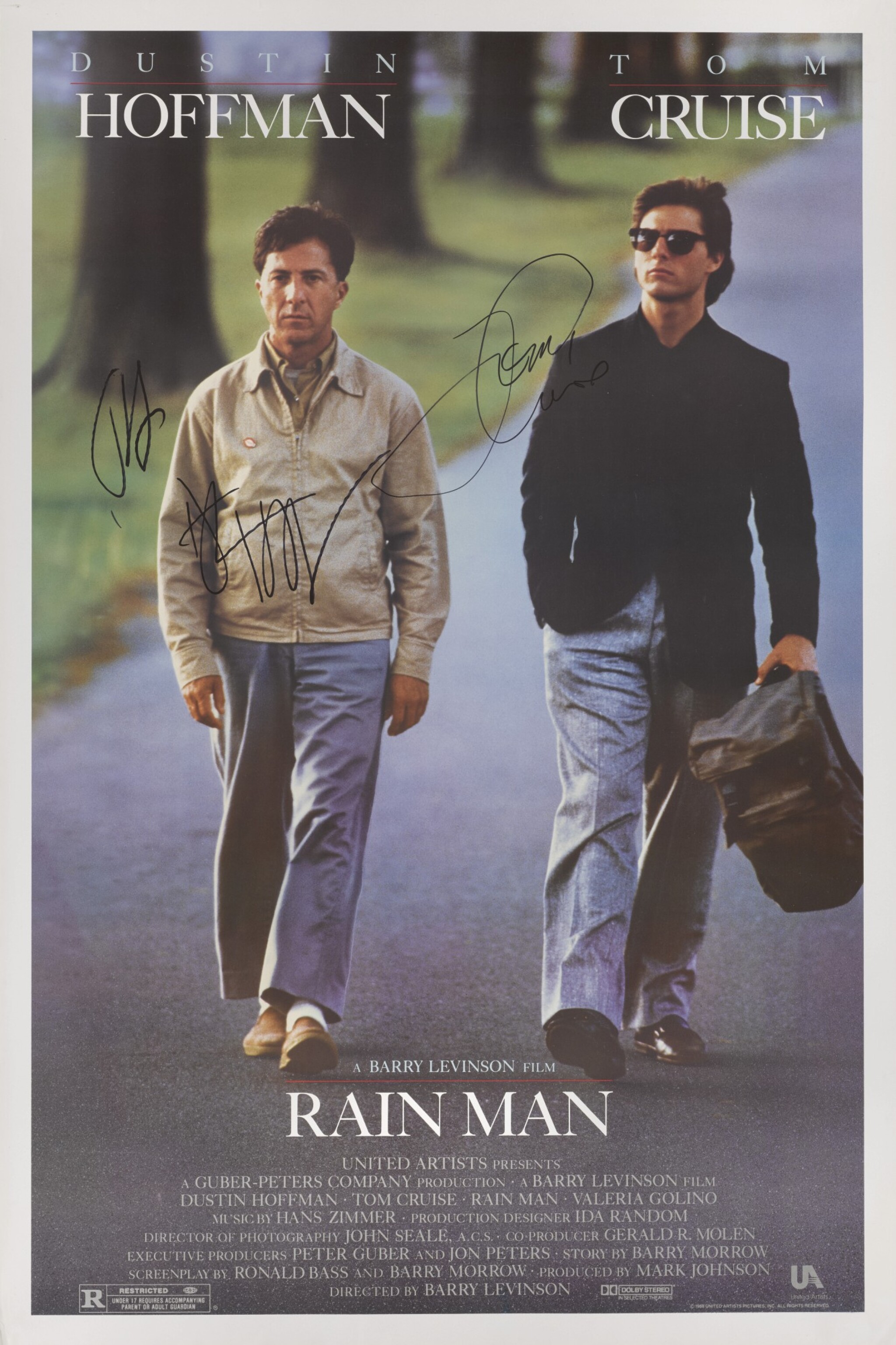 This film was directed by Barry Levinson, and stars Dustin Hoffman, Tom Cruise and Valeria Golino. The film tells the story of the relationship between two brothers, one of whom was unaware that the other existed until the death of their father. One brother, played by Cruise, is a selfish character, who has been left very little in his father's will and the other, played by Hoffman, is a kind autistic man, who has been left the majority of their father's million-dollar fortune. This poster was signed by Tom Cruise at the premiere of Valkyrie in London's Leicester Square, and Dustin Hoffman at BAFTA, London. It is rare for anyone to have an original film poster signed, as the majority of signatures are on pieces of paper, photographs and video/dvd sleeves. It is unusual to have the film's poster with you when you try to obtain signatures.