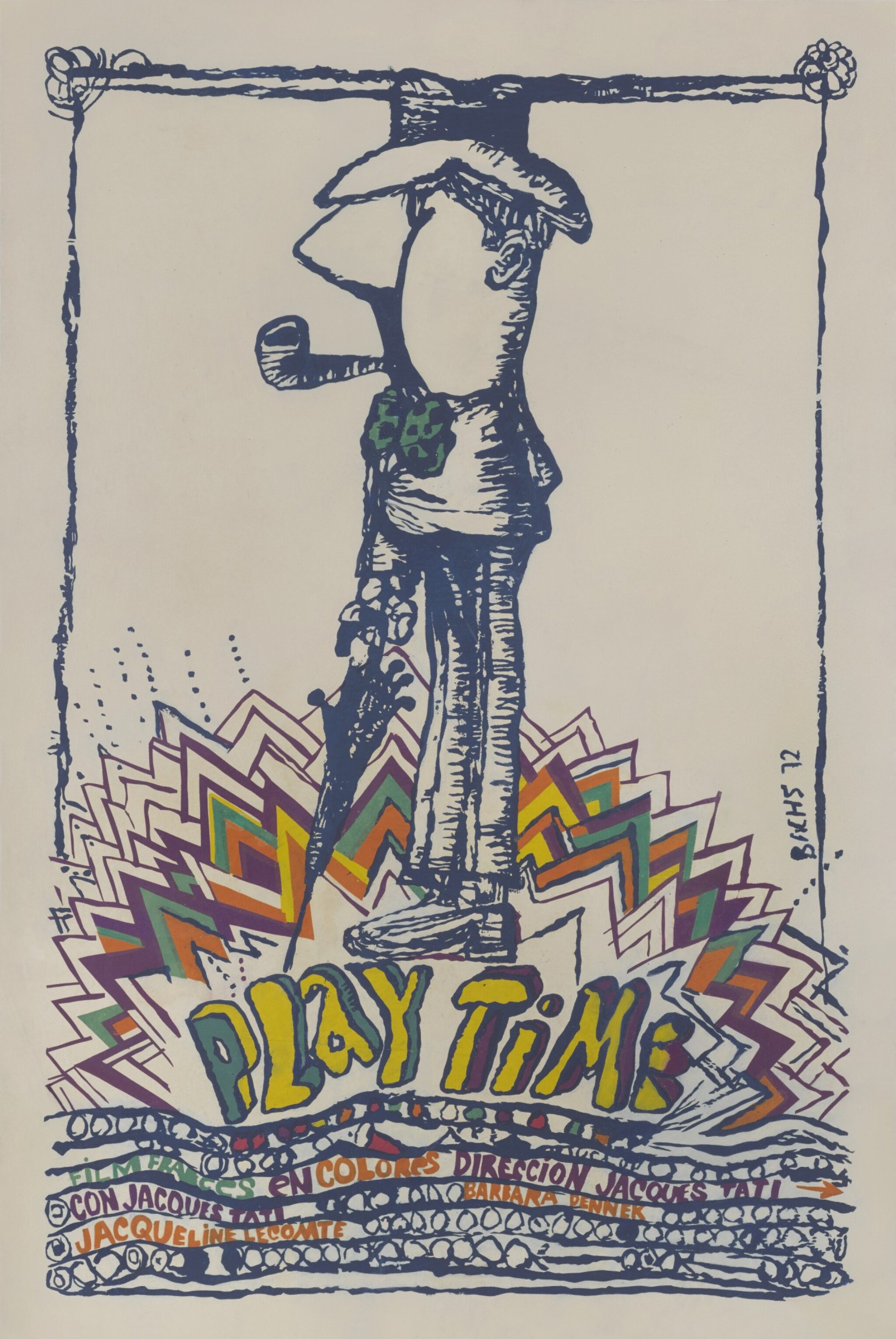 This comedy was directed by Jacques Tati, where he again plays the popular Monsieur Hulot, and is considered a masterpiece of Tati's work. It is made up of six sequences, each linked by two characters, who encounter one another over and over during the course of a day. Cuban posters have a very distinctive vibrant style. Eduardo Munoz Bachs, is considered the most influential and prolific poster designer, and a huge supporter of the Cuban School of Film Posters. This great design for Jacques Tati's 1967 comedy is one of the most sought-after. As it is a silkscreen the printing looks smudged and slightly uneven. This very rare original release Cuban poster does not surface very often.

The collection of Stanislas Choko. This piece was purchased in Cuba in the 1980s.