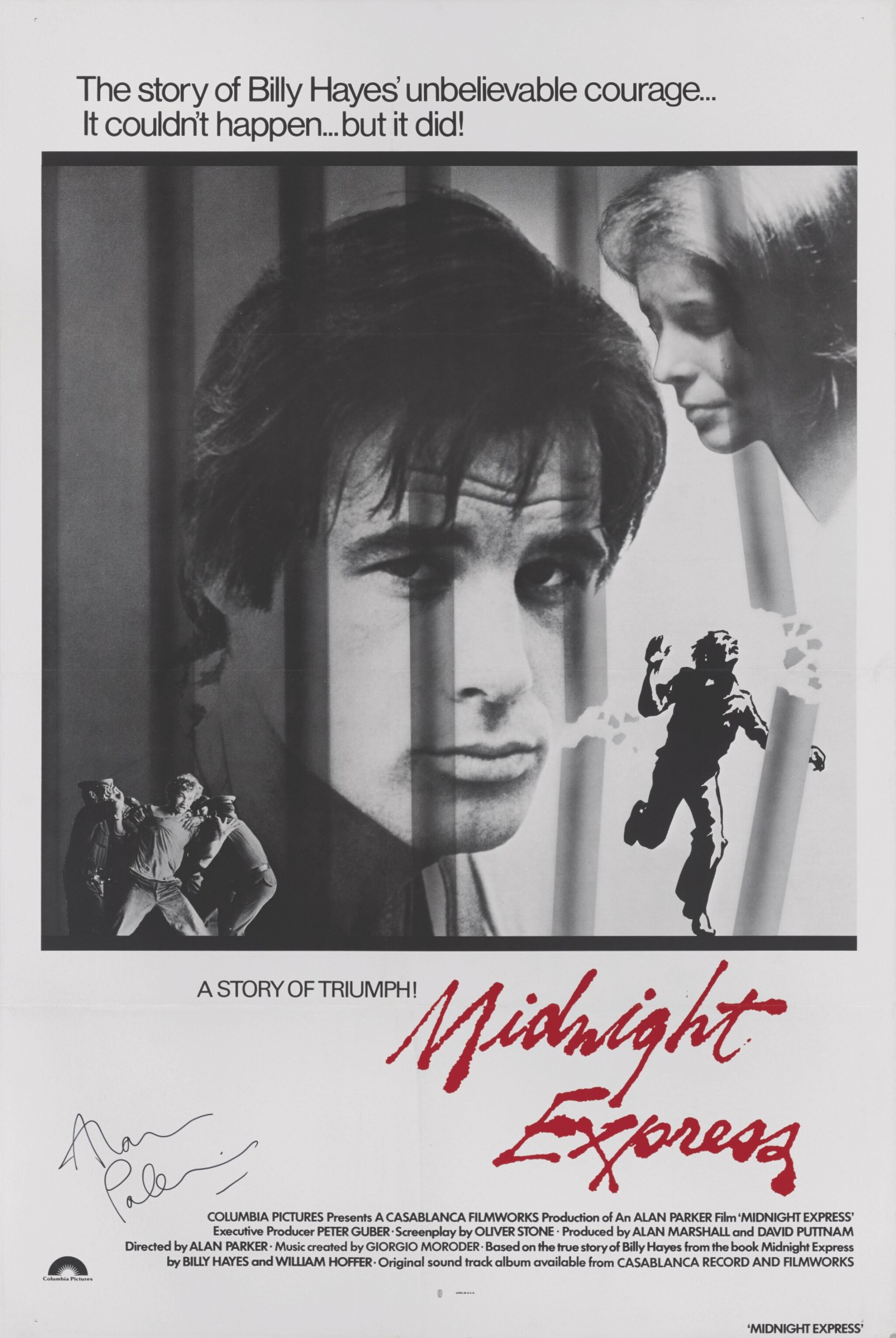 This film was directed by Alan Parker, and written by Oliver Stone, who based the story on the real-life events of Billy Hayes, an American college student, who was sent to a Turkish prison for smuggling drugs out of Turkey. The film stars Brad Davis, Irene Miracle and Bo Hopkins. This poster was signed by Alan Parker at the BFI, London, at a retrospective of his films. It is rare for anyone to have an original film poster signed, as the majority of signatures are on pieces of paper, photographs and video/dvd sleeves. It is unusual to have the film's poster with you when you try to obtain signatures.