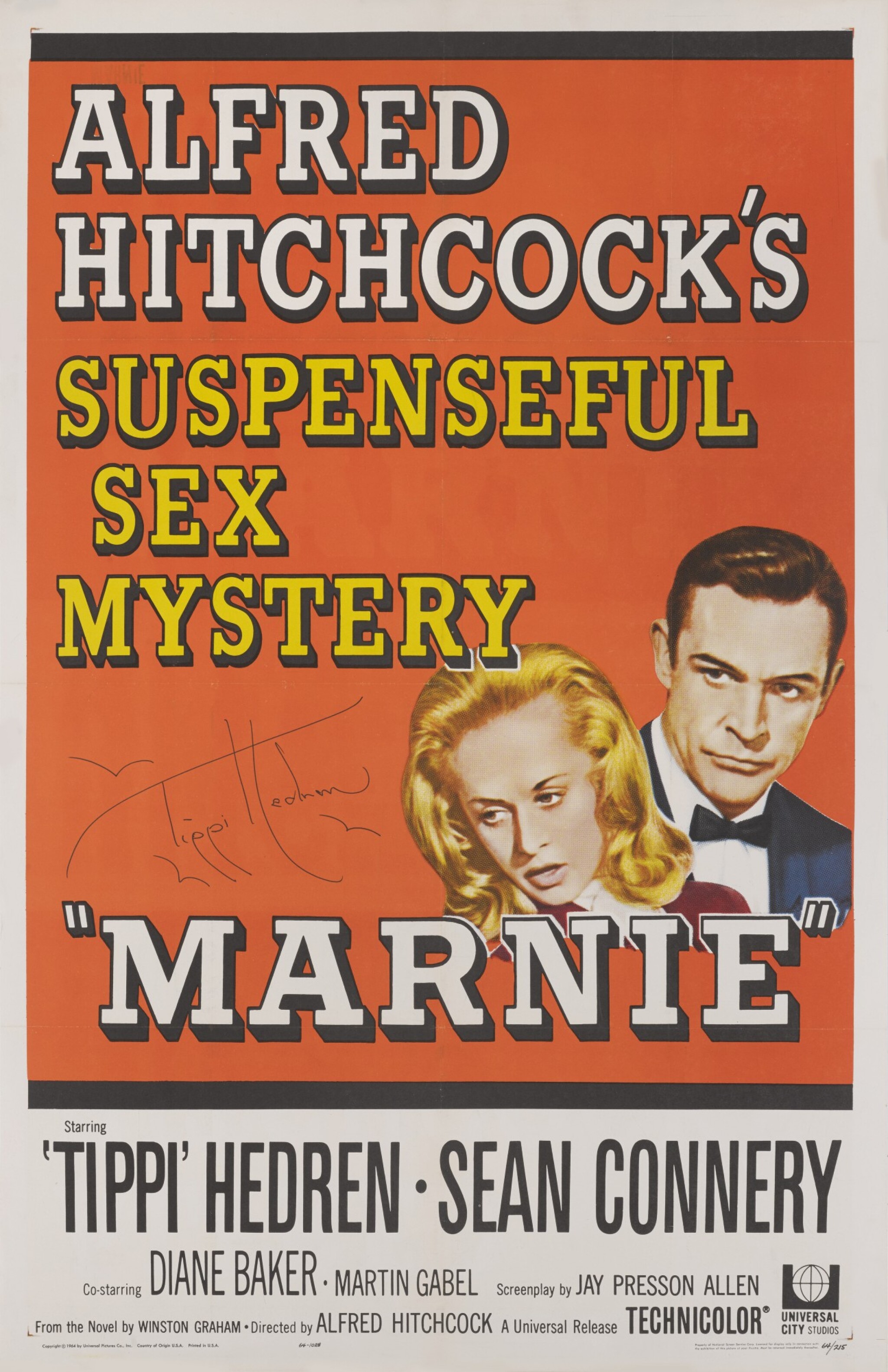 This film was directed by Alfred Hitchcock, and stars Tippi Hedren, Sean Connery and Martin Gabel. The music for the film was composed by Bernard Herrmann, and was the final of seven film scores that he wrote for Hitchcock. The film tells the story of Marnie Edgar (Tippi Hedrun), who is a serial liar and thief. After a couple of months working at various companies, Marnie steals from them, and then moves onto the next job. Her usual pattern is broken when she gets involved with Mark Rutland, the owner of Rutlands, who forces her to marry him, and also tries to help her confront her psychological issues in order to resolve them. This poster was signed by Tippi Hedren at Fairfields Hall in Croydon where she gave a talk about her career. It is rare for anyone to have an original film poster signed, as the majority of signatures are on pieces of paper, photographs and video/dvd sleeves. It is unusual to have the film's poster with you when you try to obtain signatures.