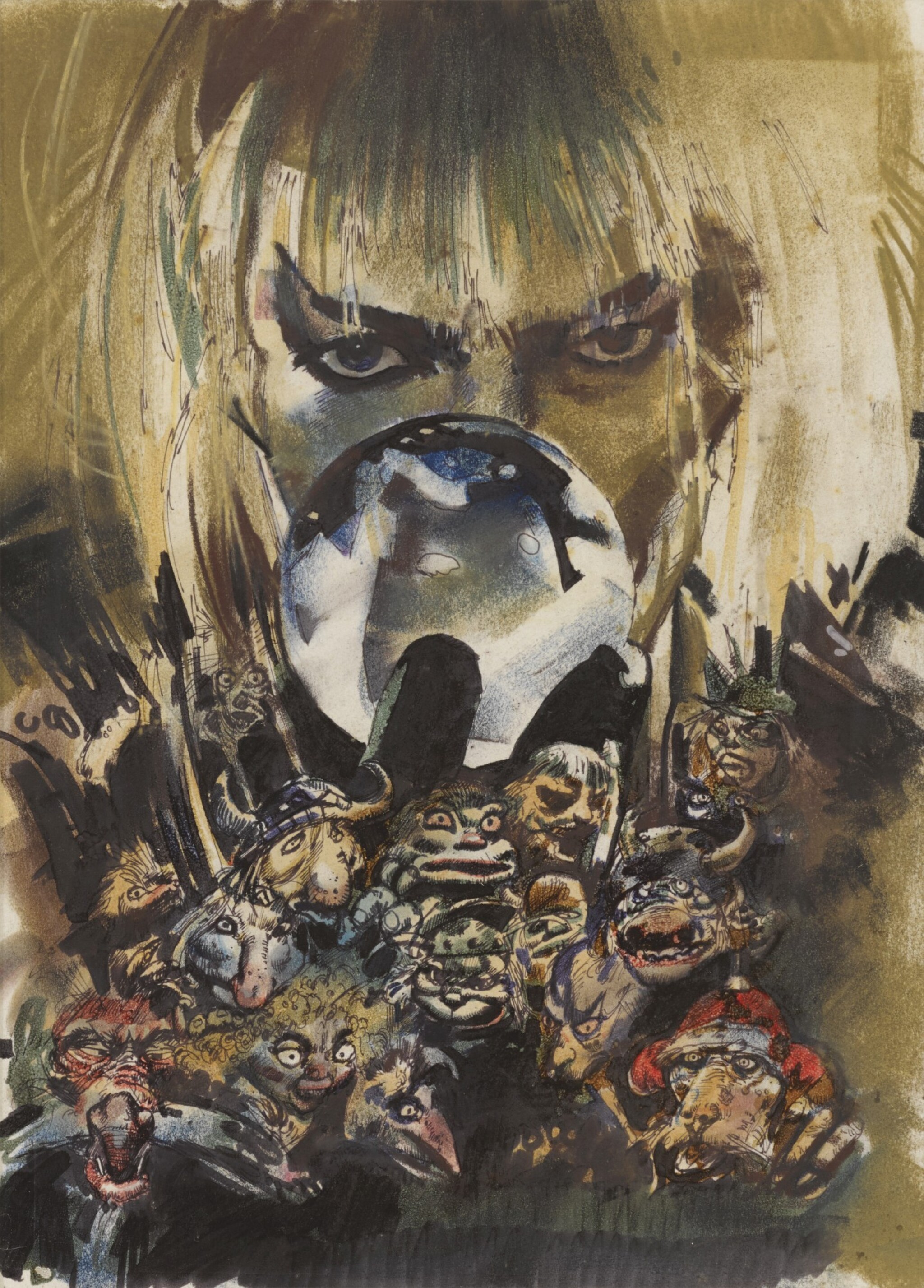 Acrylic and watercolour on paper, mounted on artboard.

This musical fantasy was directed by Jim Henson and produced by George Lucas. It was based on the conceptual designs by Brian Froud. The central character, Sarah (Jennifer Connelly) a 15-year-old girl, who had her wish granted for her baby brother to be taken away by the Goblin King (David Bowie), goes on an adventure to get to the centre of a huge mystical labyrinth to rescue her brother. Apart from Bowie and Connelly the film's other major characters are played by puppets produced by Jim Henson's Creature Shop.

Eric Pulford, a known illustrator, was encouraged by Rank Organisation, who owned more than five hundred cinemas, to set up his own design studio, which became Downton's. Eric Pulford hired a number of talented young college leavers, including Bryan Bysouth and Vic Fair. Pulford also persuaded a number of established Italian artists from Studio Favalli in Rome to come to London to join his team, which included Renato Fratini and Arnaldo Putzu. The process of designing a British poster would often start from the film script or rough cut of the film. A team of visualizers and copywriters produced a range of ideas which Pulford would review before presenting to his clients. When the rough design was approved by the clients, the artwork would need to be finalised. At the time no one anticipated that there would be an interest in the artworks and they were discarded. A number of artworks were saved by John Grundy from being thrown on a skip and had remained at his home until recently. Vic Fair had a long and successful career in film poster design, working for most of the major studios. One of the first posters that he worked on was the British artwork for La Verite, starring Brigitte Bardot, which he won an advertising award for. His distinctive style can be seen on many posters, including posters for Performance (1971), The Man Who Fell to Earth (1976) and A View to a Kill (1985). This is a unique original concept artwork. The majority of original artworks were discarded by the studios, and it is therefore very rare to find one.