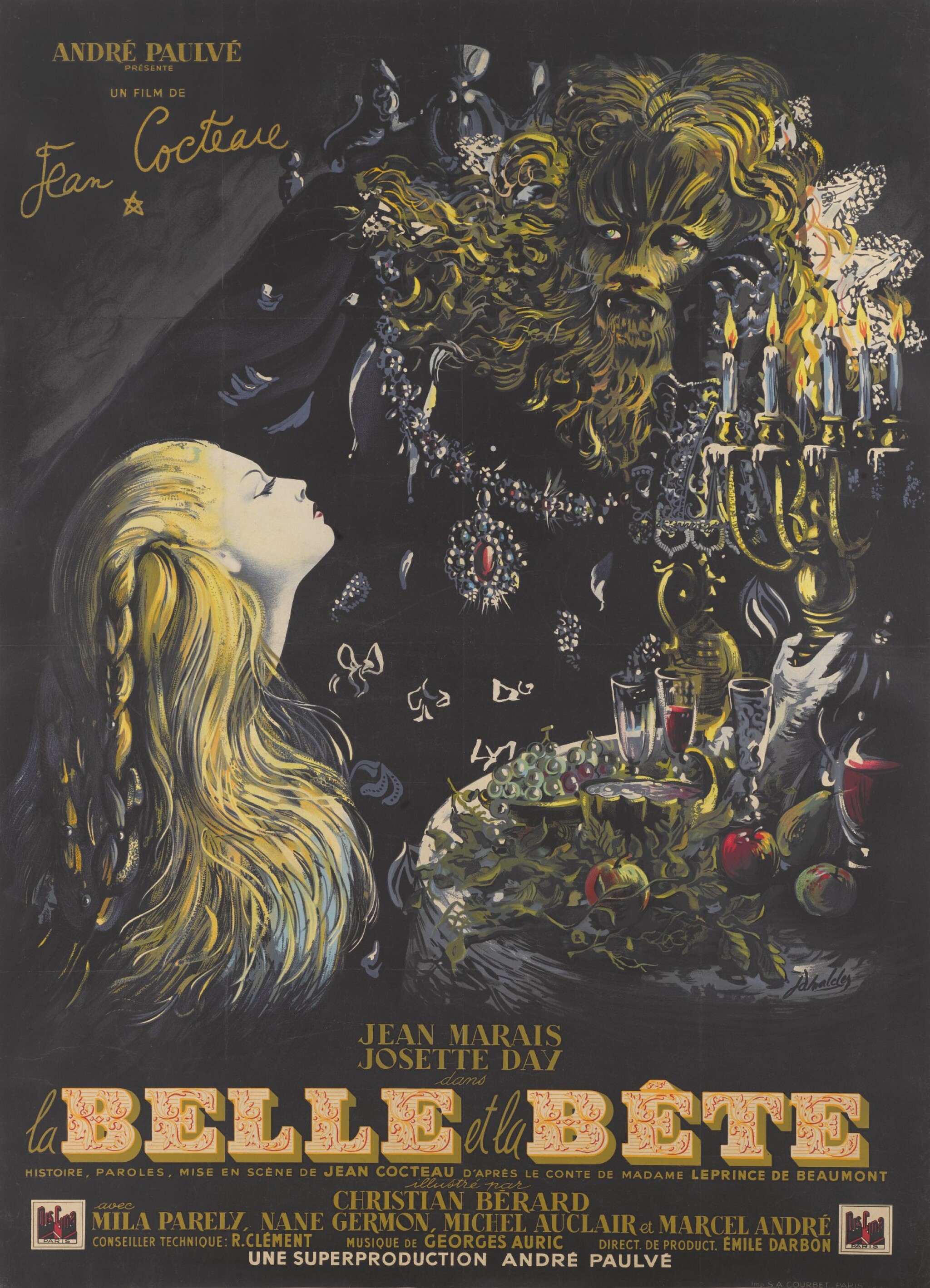 Gabrielle-Suzanne Barbot de Villeneuve's novel, La Belle et la Bête, was published in France in 1740. In 1946 Jean Cocteau adapted the book into its first feature film. Cocteau's artistic vision created a stunning feast for the eyes, with extraordinary sets, costumes and visual effects. The film is considered a masterpiece of French cinema. The film and original story have gone on to be re-made in animation and live action features. It's most recent incarnation was a live action film in 2017.

Jean-Denis Malcles was an established French artist, who worked in a variety of different mediums, including opera set designs, book illustrations and his passion, painting. Jean Cocteau commissioned his friend Malcles to create a fitting poster for his fantasy romance film. This poster was one of Malcles’ few forays into the world of film poster design. His design is truly magnificent and captures the magical and surreal imagery used in the film. Not only is this poster one of the best designs produced in the 1940s, it is also considered one of the definitive film posters of the 20th century. Exceptionally rare French poster that does not surface very often.