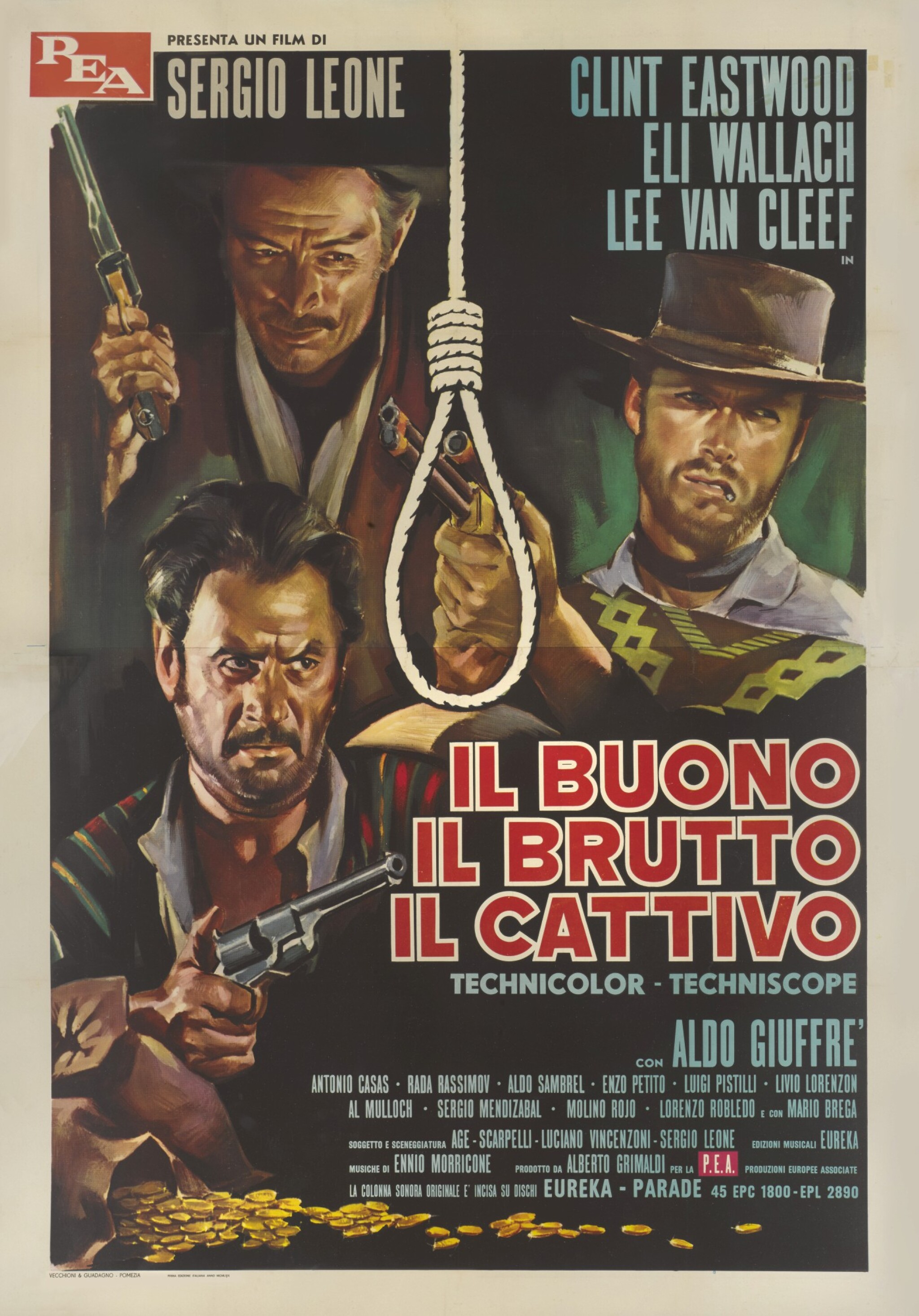 This film was the final film in the Dollars trilogy, preceded by A Fistful of Dollars and For a Few Dollars More. Although at the time of release the film didn't receive great critical acclaim, it is now considered one of the greatest westerns of all time. The artwork used on this poster was unique to the film's small 1969 Italian re-release. The majority of these large posters were pasted on billboards, and therefore only the unused posters survived.

Linen-backed. Very good condition, with the colours remaining very bright. Minor restoration to folds. There is restoration to the borders; predominantly either side, in the centre of the poster, with one of the areas extending into the background, which does not affect the main artwork.