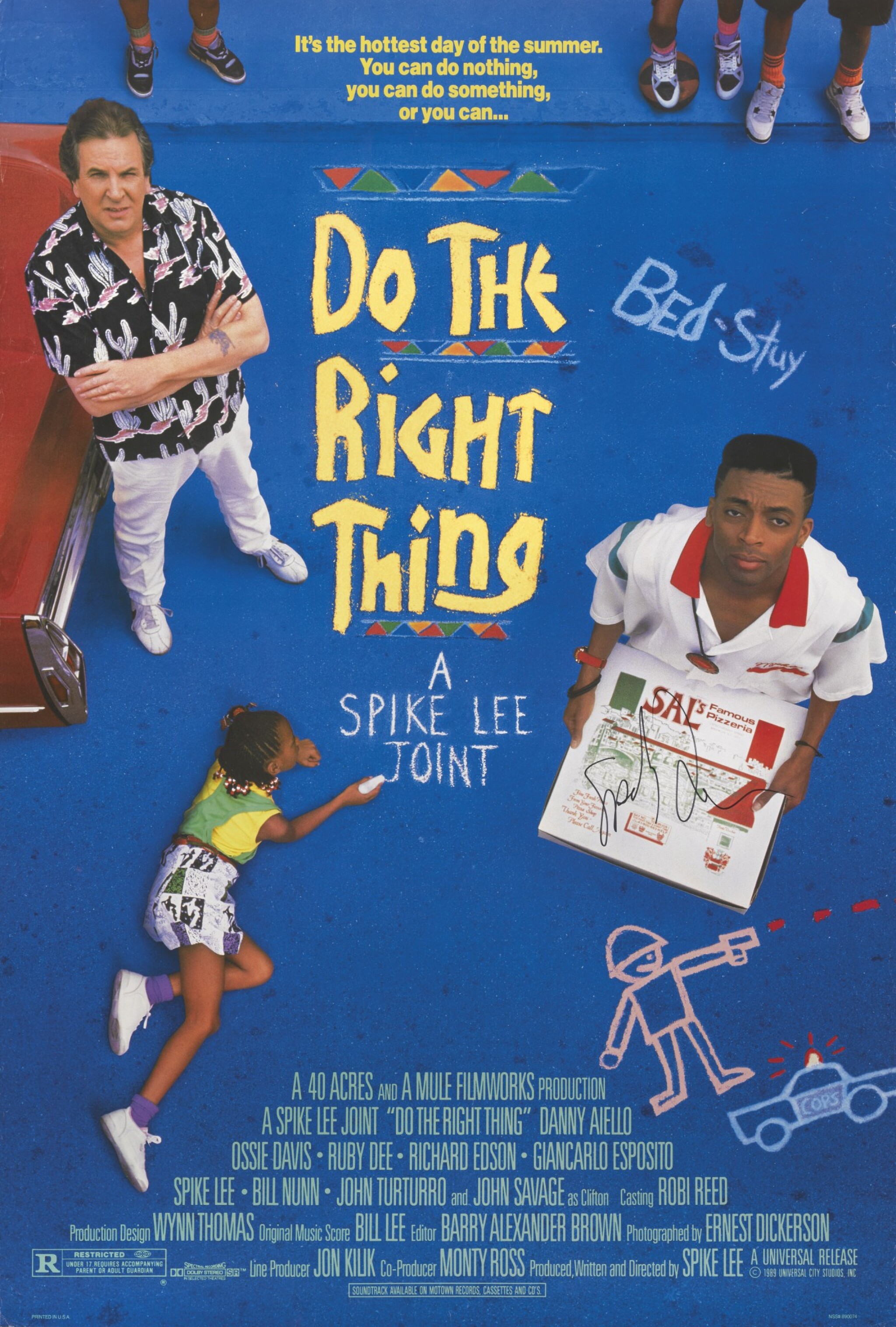 This poster was signed by Spike Lee at a private talk about his career in London. It is rare for anyone to have an original film poster signed, as the majority of signatures are on pieces of paper, photographs and video/dvd sleeves. It is unusual to have the film's poster with you when you try to obtain signatures.

Unfolded and double-sided. Very good condition, with the colours remaining very bright. The poster displays wear on the edges, with a few very small tears on the edges and minor surface creasing.